Health care programs are one of many spending priorities Texas residents see for their state government. When asked whether the state legislature should increase, decrease, or maintain current levels of spending in various areas, a majority (54 percent) of Texans want spending on health care programs to increase (Figure 1). This is lower than the share who want the state to increase spending on public education (71 percent) and similar to the shares who want increases in spending on infrastructure (55 percent) and public safety (52 percent). By contrast, pluralities of Texans want state spending on transportation and welfare programs to stay about the same. 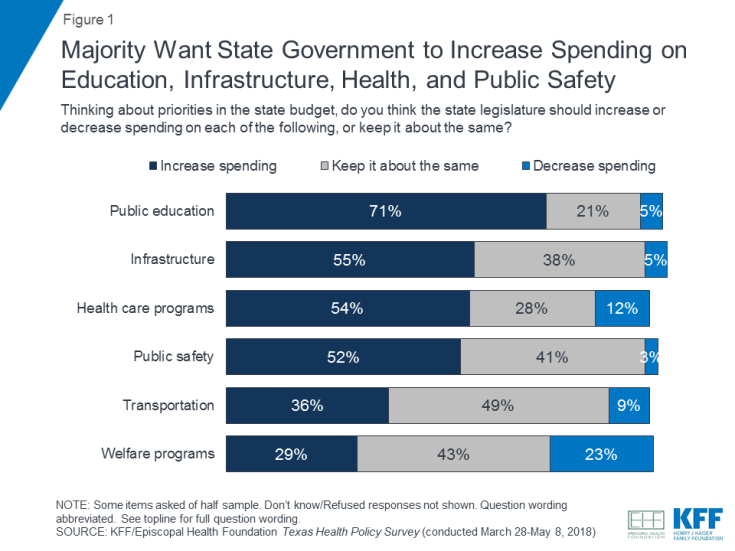 When asked about various things the state legislature might focus on within health care, all are viewed as important by a majority of Texans, with issues of affordability, insurance access, and maternal and mental health rising to the top (Figure 2). Majorities say top priority should be given to lowering what individuals pay for care (61 percent), reducing maternal mortality (59 percent), lowering prescription drug costs (56 percent), increasing access to health insurance (55 percent), and increasing funding for mental health programs (54 percent). Nearly half (46 percent) say expanding Medicaid to cover more low-income Texans should be a top priority, while about four in ten say the same about dealing with the prescription painkiller addiction epidemic (41 percent), improving hospital access in rural areas (38 percent), and increasing contraception access (36 percent). Fewer say the state legislature should place a top priority on decreasing state spending on health care (24 percent), while one-third (33 percent) say this should not be done.

While there are differences in how various demographic groups in Texas view health care priorities for the state legislature, lowering the amount individuals pay for health care and lowering prescription drug costs are seen as a top priority by majorities of Texans regardless of political party, race/ethnicity, gender, or self-reported income level. 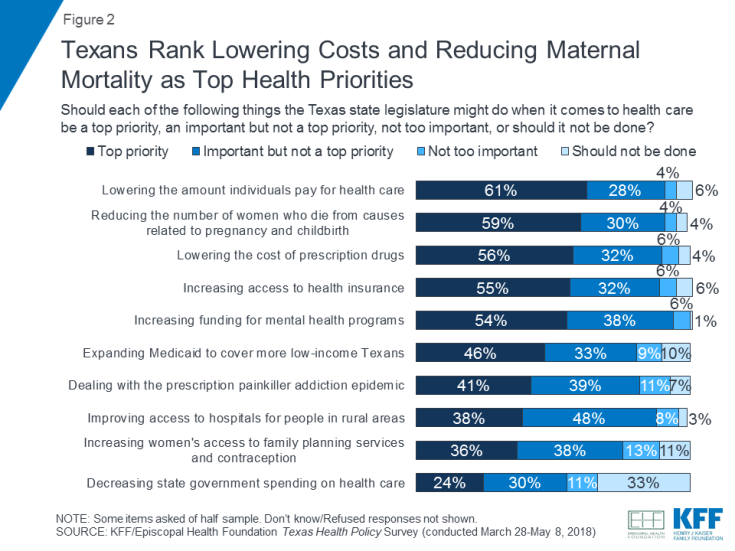 Rating the State on Access to Care for Vulnerable Groups

Texas has the largest number of uninsured individuals of any state in the nation. According to Kaiser Family Foundation analysis of Census data, 21 percent of adults between the ages of 19-64 in Texas are uninsured, substantially higher than the national average of 12 percent.1 However, most Texas residents are unaware of this fact. About three in ten (31 percent) correctly answer that the share of the population without health insurance is higher in Texas compared to the average in other states, while about one in five (19 percent) believe the uninsured rate is lower in Texas than other states and about a third (34 percent) think it’s about the same (Figure 3). 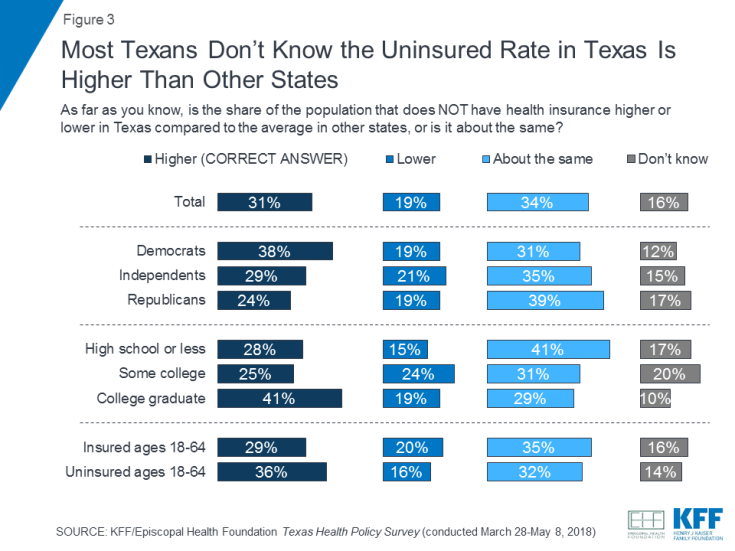 Figure 3: Most Texans Don’t Know the Uninsured Rate in Texas Is Higher Than Other States 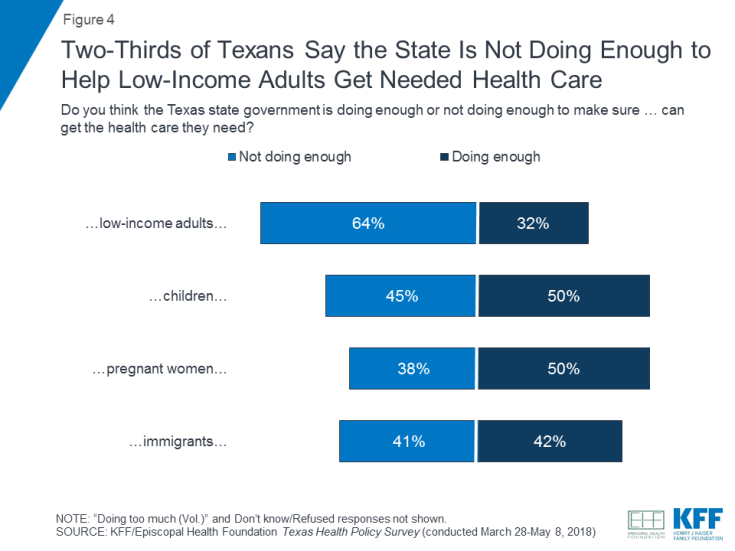 Figure 4: Two-Thirds of Texans Say the State Is Not Doing Enough to Help Low-Income Adults Get Needed Health Care

Role of Federal and State Government in Health Care

To a certain extent, Texans’ ratings of the job the state is doing to help different groups access health care reflect underlying preferences about the level of government involvement in the health system. Overall, the vast majority of Texans feel that both the state and federal governments should play at least a minor role in making the health care system work well, with more seeing a major role for the state rather than the federal government (67 percent versus 54 percent, Figure 5). 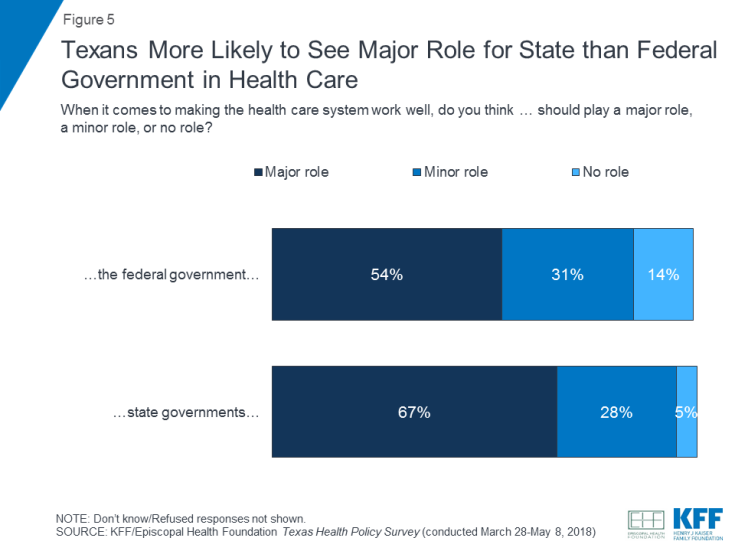 Reflecting patterns often seen in surveys, partisans differ in their responses to questions about government involvement, particularly at the federal level. While 73 percent of Democrats and 57 percent of independents in Texas say the federal government should play a major role in making the health care system work well, just 28 percent of Republicans agree. Republicans are more likely to support state rather than federal government in health care, with a slim majority (53 percent) of Republicans saying the state should play a major role, along with 70 percent of independents and 78 percent of Democrats. Likely reflecting these partisan differences, Texans who are Black or Hispanic, have lower self-reported incomes, or live in urban areas are more likely than their White, higher-income, suburban and rural counterparts to say both the federal and state government should play a major role in the health care system (Table 3). 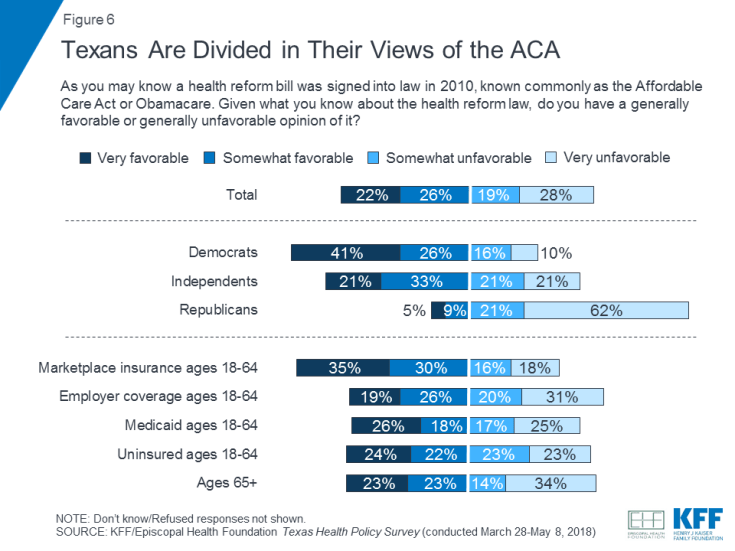 Figure 6: Texans Are Divided in Their Views of the ACA

Texans’ Views and Awareness of Medicaid

Despite relatively strict eligibility criteria, the survey finds that about seven in ten Texas residents report some level of personal connection to the Medicaid program, similar to the share in national Kaiser Health Tracking polls.7 This includes 31 percent who say they personally have received help from Medicaid at some point (either directly receiving health insurance, getting help to pay their Medicare premiums, or having pregnancy-related care or long-term care paid for in part by Medicaid), 11 percent who say they’ve had a child covered by Medicaid, and 29 percent who say a close friend or family member has received help from Medicaid (Figure 7). Reflecting the demographic makeup of Medicaid recipients in Texas, the share reporting a personal connection to Medicaid in the survey is higher among women (78 percent), Hispanic and Black residents (78 percent each), and those with self-reported incomes below 250 percent of the federal poverty level (80 percent). The share reporting a personal connection to Medicaid is similar among Texans living in urban, suburban, and rural areas (71 percent, 70 percent, and 74 percent, respectively). 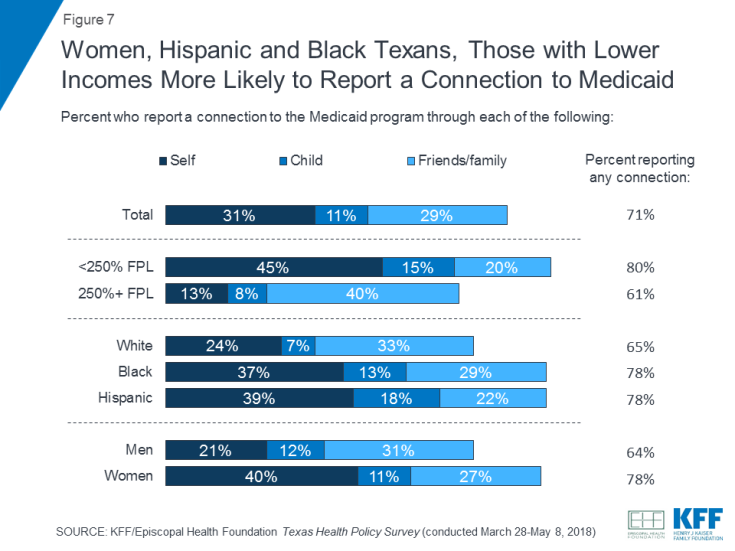 Figure 7: Women, Hispanic and Black Texans, Those with Lower Incomes More Likely to Report a Connection to Medicaid

In addition to reporting personal connections to the program, six in ten Texans say Medicaid is either very important (41 percent) or somewhat important (19 percent) to them and their families (Figure 8). Again, the share saying Medicaid is personally important is higher among those with lower incomes as well as residents who are Black or Hispanic. Perhaps reflecting these demographic differences, there is also a partisan difference on this question, with Democrats and independents more likely than Republicans to say Medicaid is important for their families (70 percent, 61 percent, and 41 percent, respectively). 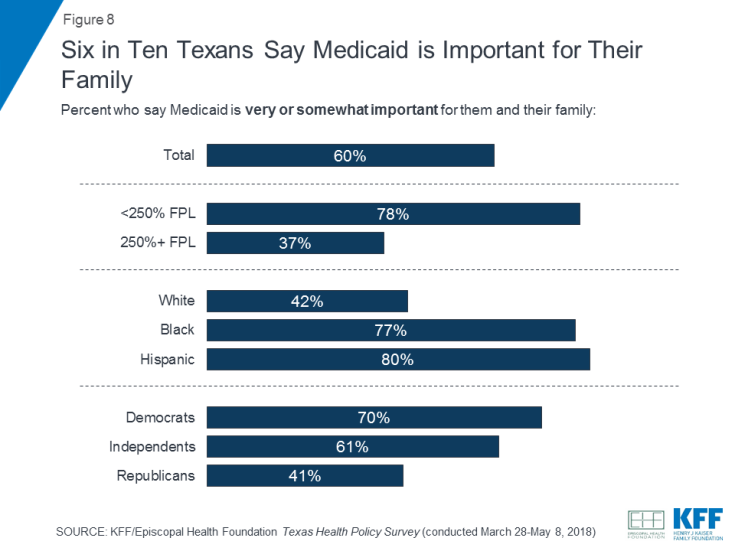 Figure 8: Six in Ten Texans Say Medicaid is Important for Their Family

While most Texans have a favorable view of Medicaid, knowledge about the program is somewhat mixed.

When asked whether Texas has expanded Medicaid under the ACA, about half (51 percent) of Texans correctly answer that the state has not expanded, but one in five (19 percent) incorrectly think it has expanded and three in ten (31 percent) say they don’t know. When asked whether they think Texas should expand Medicaid under the health care law, about two-thirds (64 percent) of Texans say the state should expand its program, while about a third (34 percent) say Medicaid should be kept as it is today (Figure 9). 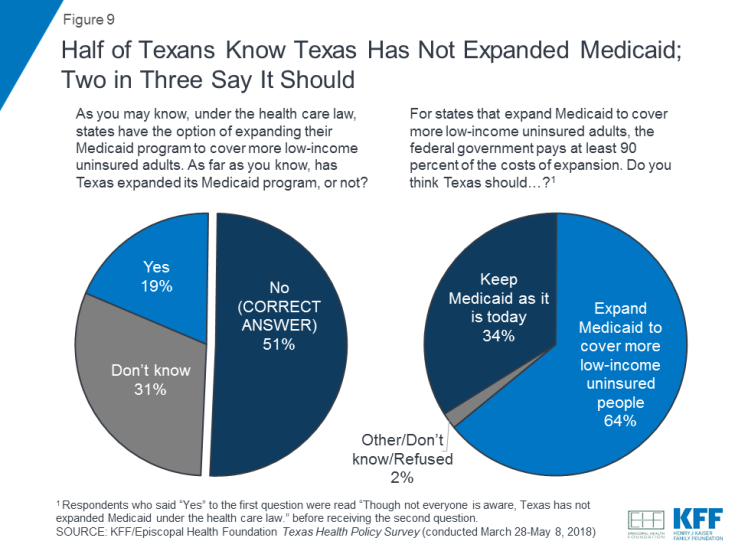 Figure 9: Half of Texans Know Texas Has Not Expanded Medicaid; Two in Three Say It Should 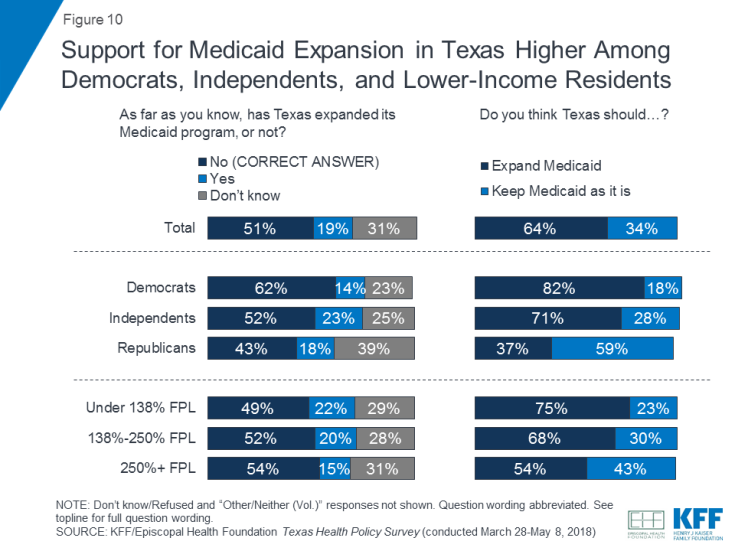