Silas worked for many years as a warehouse manager and forklift operator, but he was forced to retire early as a result of a serious head injury sustained when he was the victim of a violent crime. After the attack, he was hospitalized and in a coma for one month. Upon discharge from the hospital, Silas entered a nursing facility to receive physical and speech therapies. Silas recalled that while he was pleased with his rehabilitation progress over his one-year stay in the nursing facility, he had a strong desire to return to the community.

“My [MFP] transition coordinator is the first person I would call if I had any problems.” – Silas

Silas first heard about the Colorado MFP program when a transition coordinator visited the nursing facility and felt the program would be a good fit given his desire to return to living in the community. For Silas, his six-month transition process felt “slow,” and locating affordable, community-based housing was the primary transition barrier. He noted that returning to the community would have been difficult without the transition support and services provided by MFP. With the help of his MFP transition coordinator, Silas secured a housing subsidy and was able to move into an apartment, which he will share with a roommate. Silas furnished his bedroom and common areas with items that were in storage. Using MFP funds, Silas’ transition coordinator purchased housewares such as pots, pans, and dishes. Silas currently receives personal care services for 2 hours per day, five days per week to help with cooking and household chores.

Silas shared that he is in good health overall and feels he is at “about 75%” compared to before the attack. He takes medication for high blood pressure and has recently started experiencing periodic episodes of numbness in his feet due to poor circulation. Silas began having seizures while in the nursing facility but takes anti-seizure medication and has not had a seizure since transitioning to the community. For exercise and social interaction with neighbors, Silas enjoys walking around his neighborhood.

Silas is certain that he could not afford the care he needs without Medicaid, given his limited income. As questions or issues arise, Silas feels comfortable contacting his MFP transition coordinator, who is in touch with him about twice a month. For Silas, the best part about being home is that he is free to come and go as he pleases. Looking to “get away from city life,” Silas hopes to move to a rural Colorado county in the future to be closer to friends. He also hopes to continue his automobile repair hobby. 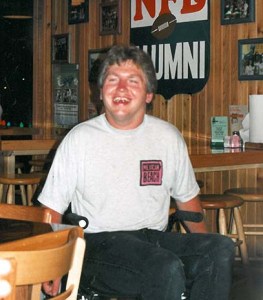 Stephen has a significant mobility impairment that resulted from mosquito-borne encephalitis at age 9. As a younger adult, Stephen lived alone, worked, and was able to get around on one crutch. Over the years, walking became increasingly difficult for Stephen, and he was no longer able to work. Stephen now uses a wheelchair to get around.

Prior to moving into a nursing facility, Stephen lived with his sister and her family because he could no longer afford to live alone. Stephen moved to a nursing facility when space constraints in his sister’s home made it difficult for him to complete his physical therapy exercises. While Stephen was pleased with the care he received during his 11-month stay in the nursing facility, he knew he wanted to return to the community. For Stephen, locating affordable and accessible community-based housing was the primary barrier to his transition.

Stephen first learned about Pennsylvania’s MFP program from a nursing facility social worker. A case manager from the local Center for Independent Living helped Stephen navigate the MFP transition process. After securing a public housing subsidy, Stephen moved to his current apartment where he receives home health aide services eight hours daily. With MFP transition funds, Stephen was able to purchase some household items, such as bed and bath linens. Stephen noted that he would not have enough money to live independently in the community without Medicaid.

Stephen shared that he was happy with his overall MFP transition experience. For Stephen, the best part about living in the community is “the freedom to come and go” and the ability to see his 12-year old son on a regular basis. While in the nursing facility, Stephen missed being able to play his favorite heavy metal music at full volume and entertain loved ones in his home. Stephen will continue to focus on increasing his physical strength and would like to get married someday. 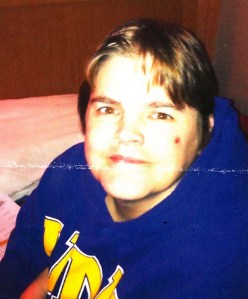 Becca has diabetes and a mental health condition. According to Becca’s mother, Becca has experienced challenges with managing her diet and prescription medications, and last year she lapsed into a diabetic coma while living alone. Becca recovered from the coma, and upon hospital discharge, she entered a nursing facility to regain her strength and improve her balance.

Becca’s mother felt that Becca received good care in the nursing facility, and with assistance from the staff, Becca developed many of the self-care skills she needed to live independently in the community. With the help of her mother, nursing facililty staff, and an Iowa MFP transition specialist, Becca moved into a small group home approximately one year after entering the nursing facility. Using MFP transition funds, Becca was able to have kitchen utencils, bedding, and towels available on move-in day. Becca lives with two housemates, and enjoys her independence. Becca participates in shared household chores, does her own grocery shopping, and is able to prepare simple meals. Becca also receives Medicaid adult day health care services six hours a day, five days per week.

“We are so fortunate to have access to MFP.” – Melanie, Becca’s mother and legal guardian

In her free time, Becca enjoys solving word search puzzles and listening to country music. Becca and her mom speak by phone often, and Becca enjoys gathering with family at her mother’s home. Becca is also in regular contact with the MFP transition specialist who, according to Becca’s mother, was a “tremendous help” during the smooth transition process. Without Medicaid and MFP, Becca’s mother is not sure how long it would have taken Becca to move back to the community. It gives Becca’s mother peace of mind to know that Becca lives in a safe community and has help managing her diabetes.

At age 22, Danny had an accident at his home that resulted in partial quadriplegia. In 2014, Danny and his brother were in a serious car accident; Danny was hospitalized with a broken right leg and ankle. Shortly thereafter, following a re-hospitalization for an embolism and an infection, Danny was transferred to a nursing facility. He stayed in the nursing facility for three months before transitioning to the community via the Texas MFP program.

“Without supports for Danny, the future is not too bright. Without MFP, we couldn’t have gotten things in place for him.” – Carrie, Danny’s mother and caregiver

Through MFP, Danny moved to a house with his mother, who is retired. In preparation for Danny’s transition, his family built an outdoor wheelchair ramp and converted the first floor living room into a bedroom. Despite some transportation challenges – Danny’s wheelchair-accessible van is in need of repair – Danny is pleased to be back in the community.

Danny home health aide services, including assistance with bathing, eating, and dressing. Prior to the car accident, Danny was able to manage his personal finances; now his mother manages his bills.

His mother described Danny’s current health status as good. Danny is able to control his muscle spasms with medication but is frustrated that he is not more independent at this point. Danny recently fulfilled a personal goal of locating his late father’s biological family (his father was adopted at a young age) and is looking forward to meeting these relatives in the near future. Danny also wants to return to work, preferably in a setting like a Boys & Girls Club where he worked prior to the car accident, and enroll in college to study information technology.

For Danny, the best aspect of living in the community is that he is able to be closer to his siblings, children, and grandchildren. Danny’s mother shared that Danny “lights up” when he is surrounded by his family and that she is grateful to Medicaid and MFP for giving her son a chance to thrive. 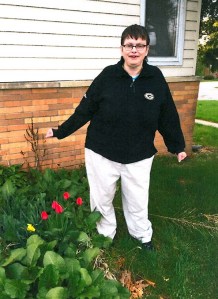 Known for her sense of humor, DeAnn moved to a small community-based group home for people with intellectual and developmental disabilities in 2014 with the help of MFP, following an almost six-month stay in a nursing facility for rehabilitation post-knee replacement surgery. According to DeAnn’s legal guardian, DeAnn received good care in the nursing facility. While DeAnn enjoyed making new friends and participating in group activities at the nursing facility, her goal was to return to the community as soon as possible.

Aside from arthritis and ongoing issues with her knee that affect her gait and balance, DeAnn is in good physical health. In addition to an intellectual disability, she also has a mental health condition. In the home she shares with two roommates, DeAnn receives assistance with laundry and managing her prescription medications. DeAnn makes full use of the household items, such as furnishings and basic kitchen supplies, purchased with MFP transition funds.

“DeAnn received good care at the nursing facility but wanted to get back to life as she knew it could be.” – Peg, DeAnn’s legal guardian

DeAnn works part-time at a local Goodwill retail store, and Medicaid funds door-to-door transportation for her to get to and from work. In her free time, DeAnn enjoys making plastic canvas crafts for gifts. DeAnn’s legal guardian noted that DeAnn also loves to get out into the community, attend concerts, and participate in church activities. For DeAnn, the best part about spending time in the community is her independence and interactions with people in her neighborhood. DeAnn’s legal guardian notes that without Medicaid and MFP, DeAnn would not have been able to move back to the community.