New Analysis: In Pursuit of a National Vaccination Benchmark, Hispanic and Black People’s Rates Projected to Lag Behind

Much attention has focused on President Biden’s stated goal of vaccinating 70% of U.S. adults by July 4th. While achieving a high overall vaccination rate is important for recovery from the COVID-19 pandemic, a new analysis of people ages 12 and older—a different population than President Biden’s goal, but one that is currently eligible for vaccination—projects that 65% will have received at least one dose by July 4th, but 63% of Hispanic people and only about half (51%) of Black people will have received one dose at the current pace of vaccination. The lagging vaccinations among Black and Hispanic people stand in contrast to projections that Asian people will exceed a 70% level, while 66% of White people will reach it by Independence Day. 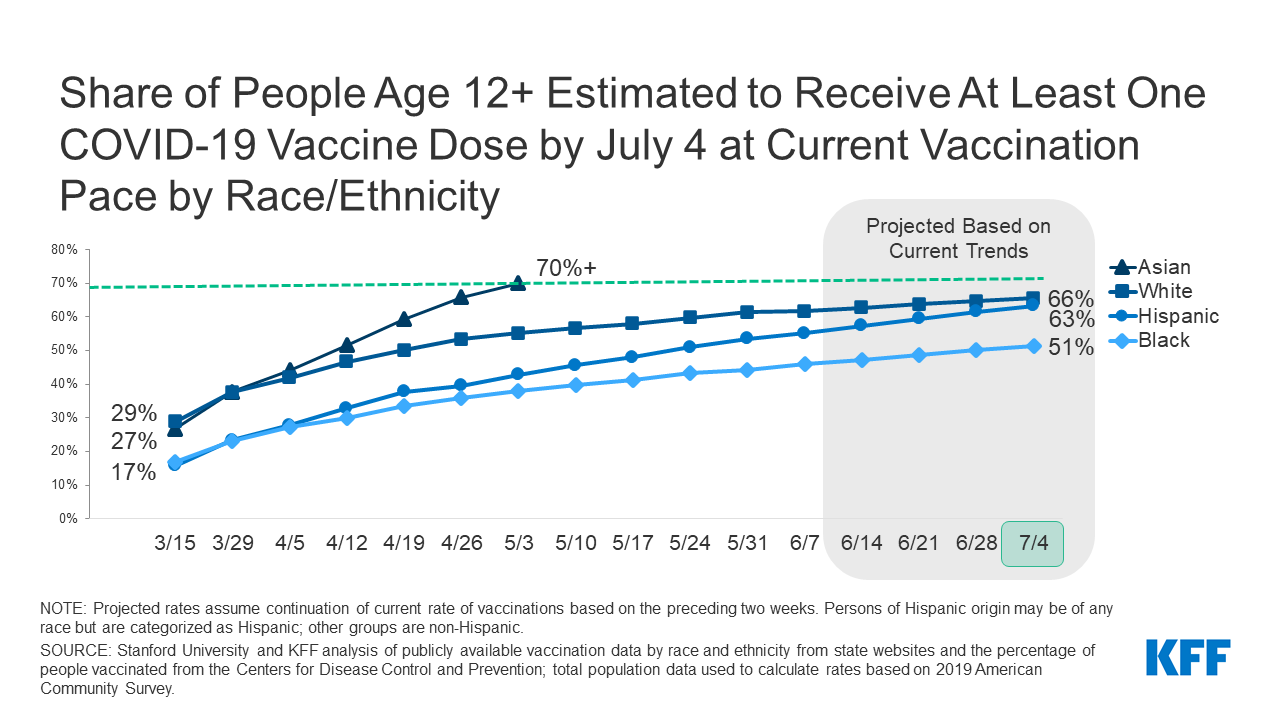 Due to data limitations, the projections focus on the vaccinations among people ages 12 and older rather than adults, using 70% receiving at least one dose by July 4th as an illustrative measure to examine potential disparities across groups. Vaccination rates among adults are higher than those among adolescents, who became eligible for the vaccine more recently.

You can read the full findings, Disparities in Reaching COVID-19 Vaccination Benchmarks: Projected Vaccination Rates by Race/Ethnicity as of July 4.