As the COVID-19 Pandemic Evolves, Disparities in Cases and Deaths for Black and Hispanic People Have Narrowed

Despite Recent Shift, Underlying Social and Economic Inequities that Put People of Color at Increased Risk Earlier in the Pandemic Remain

As the COVID-19 pandemic’s focus shifts from urban to rural areas, and more people resume public activities, a new KFF analysis of case and death data from the Centers for Disease Control and Prevention reveals narrower disparities affecting Black and Hispanic people compared to White people now than earlier in the pandemic.

The analysis examines trends in cases and deaths since early in the pandemic where race and ethnicity is known. While cumulative data show that Black, Hispanic and American Indian and Alaska Native people have been disproportional impacted overall, recent data show much closer rates of new cases and deaths among White, Black and Hispanic people. In contrast, American Indian and Alaska Native people are experiencing higher rates of new cases than other groups. 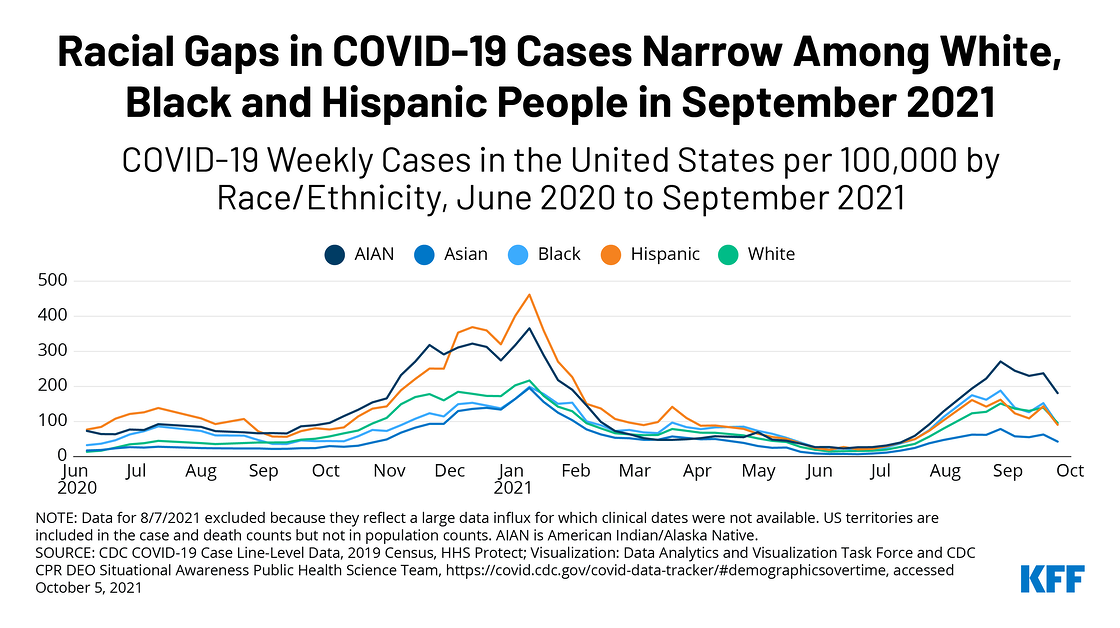 Some factors likely contributing to these shifts:

The analysis notes that while disparities have narrowed, many of the underlying structural inequities in health and health care and social and economic factors that placed people of color at increased risk early in the pandemic remain. They may remain at risk as the pandemic continues to evolve or if future health threats emerge.