For 2019, total federal marketplace funding for Navigators will again be limited to $10 million. Grants have been awarded to 34 organizations in 31 states. Compared to 2016, federal Navigator funding for the coming year marks an 84% reduction, on average (Table 1 and Map 1). One state – Utah – will receive no Navigator funding this year.

While most federal marketplace states will have Navigators operating statewide in 2019, in six states – Illinois, Kansas, Michigan, Nebraska, Ohio, and Texas – there will be extensive areas where no Navigators provide service (Map 2).  In many other states where the federal Navigators’ service area is statewide, funding reductions mean that only phone or on-line help can be offered in some areas where in-person help was once available.  In addition, under rule changes adopted by the Trump Administration in 2018, federal marketplace Navigators are no longer required to maintain a physical presence in the state. In at least four states—Iowa, Montana, New Hampshire, and West Virginia—the sole statewide Navigator grantee offers a website and phone number, but does not provide in-person assistance or outreach events in the state.

CMS continues to promote the role played by insurance brokers and agents in assisting consumers.  KFF surveys of marketplace assisters and brokers have found that while the work of brokers overlapped to a significant extent with that of Navigators and other marketplace assister programs, these professionals were not interchangeable. Brokers were significantly less likely than Navigators to help individuals who were uninsured, had limited English proficiency, or who lacked internet at home (Figure 1). Brokers were also far less likely to help complete applications for Medicaid or CHIP for low-income consumers who learn through the “no wrong door” marketplace application process that they are not eligible for premium tax credits but may be eligible for public plan coverage. 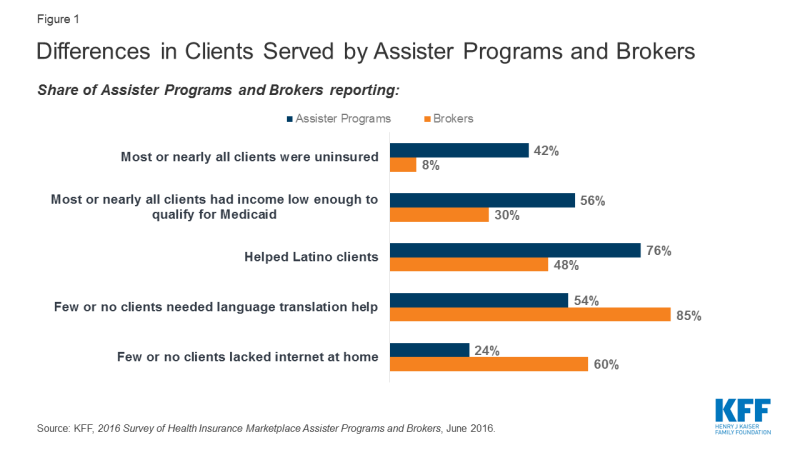 Figure 1: Differences in Clients Served by Assister Programs and Brokers

The Administration is taking other actions to promote enrollment in federal marketplace states through private websites that compete with HealthCare.gov. These certified enrollment partners operate differently from the public website. They may not display all marketplace plan coverage options, or display information in the same way; for example, some may recommend or display more prominently the plans that pay higher commissions. Private enrollment web brokers are also permitted to sell non-ACA-compliant products, such as short-term health insurance and other policies that offer limited benefits and may turn people down based on pre-existing conditions.  Navigators are not permitted to use these private enrollment websites, nor can they steer consumers toward any non-ACA-compliant products or recommend or facilitate enrollment in any non-ACA-compliant plans.

The individual market is characterized by churn, with millions of people each year losing other coverage and having to buy insurance on their own. Health insurance, by its nature, is complicated and challenging for people to understand. Research shows that consumers seek help for many reasons. Most consumers who seek help have low incomes and low insurance literacy. Many have complex income or family situations that make it more challenging to apply. Some have limited English proficiency or lack internet connection at home. Many learn through the marketplace that they are eligible for Medicaid, or CHIP, and then require help enrolling in that coverage. Navigators help such individuals, as the law requires. Licensed insurance agents and brokers also play a role helping people enroll in coverage, though they tend to serve different populations and are less likely to help people enroll in Medicaid or CHIP.

Many people are still unaware of the availability of marketplace coverage and the important deadlines for signing up for coverage. KFF tracking polls have continued to find that people have limited awareness about open enrollment. As the last open enrollment drew to a close, only one-quarter of people who were uninsured or bought their own insurance knew the sign-up deadline in their state; most said they had not heard or seen any ads or received any information about how to get health coverage under the ACA. These findings suggest that outreach and public education, like that provided by Navigators, is continually needed to ensure a constantly shifting group of eligible consumers know when and how to apply for coverage.

The limited federal financial support for Navigators coupled with an increasing reliance on insurers, agents, and web brokers will likely change the nature of in-person help for consumers.  It will be important to monitor how these changes affect the ability of the most vulnerable consumers, including those with pre-existing conditions who need ACA-compliant coverage and those who are eligible for Medicaid, to enroll in coverage that meets their needs.