COVID-19 in Rural America – Is There Cause for Concern?

While the earliest cases of coronavirus in the United States were reported primarily in urban areas, which still remain hardest hit, there is increasing concern about the impact of the pandemic in rural America. To the extent that rural areas face an increasing impact, they could experience particular challenges given their relative lack of hospital capacity, older average age, and higher shares of their populations with underlying health conditions.

In the United States, about 86% of the population lives in more densely populated metro counties, while 14% lives in non-metro (largely rural) counties. Even adjusting for population size, metro counties have nearly three times as many confirmed coronavirus cases as non-metropolitan counties, and nearly four times as many deaths from COVID-19 as of April 27 (Figure 1), similar to findings in other recent analyses. The general pattern holds true whether we include counties in or around New York City, which has seen the largest number of infections and deaths in the country. 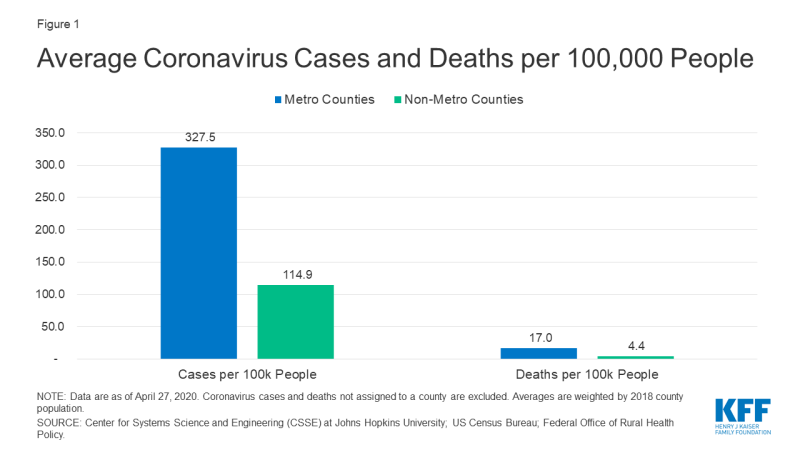 The death rate (COVID-19 deaths per confirmed coronavirus case) is only slightly higher in metro compared to non-metro counties (4.2% compared to 3.8%), meaning that differences in deaths are largely due to differences in infection rates.

The map below shows the per capita number of coronavirus cases and deaths across metro and non-metro counties. 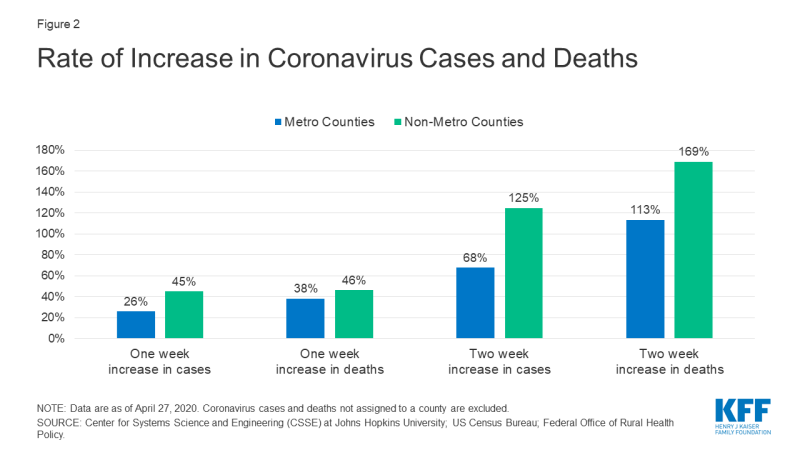 Figure 2: Rate of Increase in Coronavirus Cases and Deaths

Less densely populated rural areas initially saw slower spread of the new coronavirus, and both cases and deaths remain lower in non-metro areas than metro areas. However, there are troubling signs that the rates of growth in both cases and deaths are increasing more rapidly in rural areas, where the population tends to be older, younger people are more likely to have-risk health conditions, and hospitals have fewer ICU beds per capita.

Due to concerns over the economic effects of stay-at-home orders, some states have started to ease social distancing measures previously put in place. For example, Georgia has started to reopen certain businesses and allow limited dine-in at restaurants, despite some of its counties rising toward the top of this list of U.S. metro and non-metro counties with the highest numbers of COVID-19 deaths per capita. Similarly, Oklahoma and Montana have also begun easing restrictions, despite each having a county among the top five for non-metro COVID-19 deaths per capita. The findings presented here suggest that there may be particular challenges in these states and others, given recent case and death trends in their rural counties.

We used the Federal Office of Rural Health Policy definitions of metro and non-metro counties, and then compared their reported case and death rates, as well as recent changes in cases and deaths.

This analysis does not include up to 6,971 confirmed COVID-19 cases and 503 COVID-19 deaths for which an associated county cannot be identified.