The White House submitted proposed cuts for FY17 to Congress on March 24, 2017. These proposed cuts would be used to offset the Administration’s FY17 supplemental funding request, which was included in its FY18 “skinny budget” request released on March 16, 2017 (see Table 4 in the budget blueprint) that included additional funding for Defense and the Border Wall. FY17 is currently funded through a Continuing Resolution (CR) until April 28, 2017.

As part of its proposal, the Administration included descriptions and justifications for the funding cuts. For instance, the proposed cut to PEPFAR would achieve savings by “requiring PEPFAR to begin slowing the rate of new patients on treatment in FY17, by reducing support to low-performing countries, by reducing lower-priority prevention programs, or by identifying new efficiencies or other savings.” The proposal would also eliminate funding for global health security programs at USAID while requesting that Congress provide authority to repurpose emergency Ebola funds to support these activities. 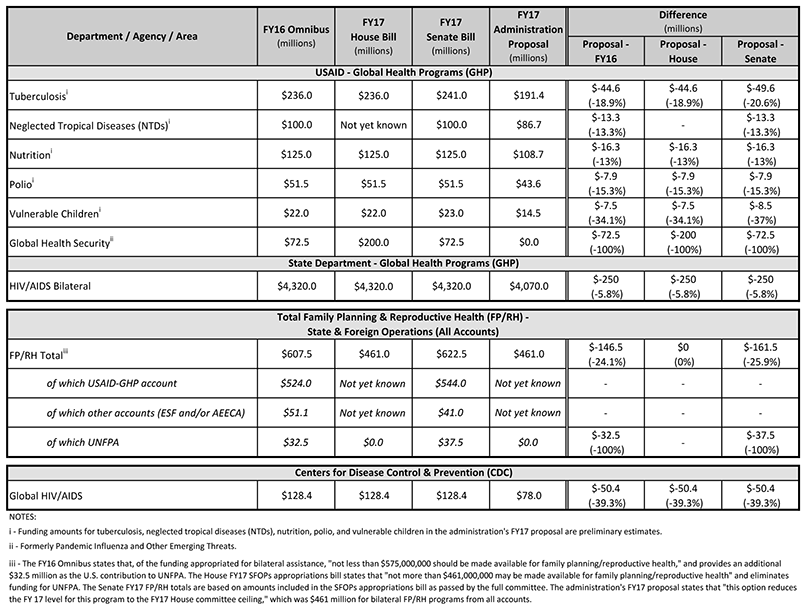