Trends in Medicaid Spending Leading up to ACA Implementation

Facebook Twitter LinkedIn Email Print
In the years leading up to the Affordable Care Act (ACA), Medicaid programs were influenced by several factors, including enrollment growth related to the Great Recession, fiscal pressures and changes in program financing, and preparation and early implementation of some ACA provisions. This paper presents data on Medicaid spending during the period of these changes, the first half of which we refer to as the “recessionary period”, and the second half of which we refer to as the “post-recessionary period”. We use administrative data to first examine overall spending trends and trends by service type. We then draw on additional data to analyze per enrollee spending growth during this period, both by service type and by eligibility group, to understand what drove Medicaid spending. Key findings include: 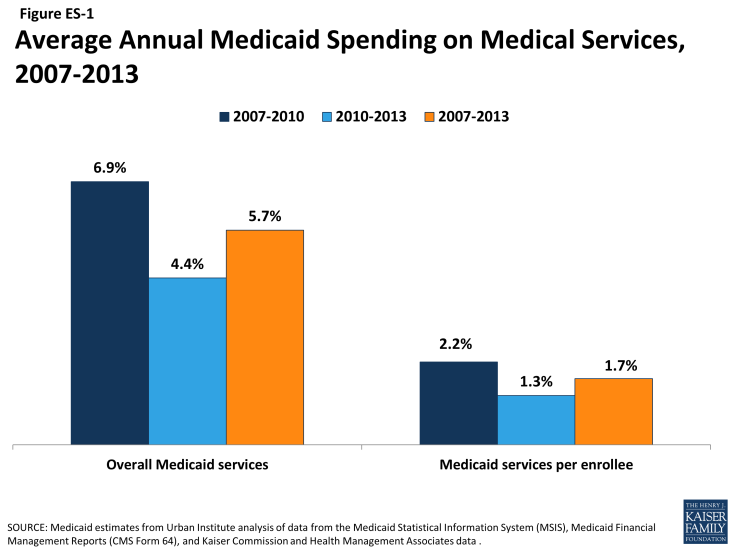