Medicaid provides health insurance coverage for about one in five Americans, also provides financing for the safety net, and is the largest payer for long-term care services in the community and nursing homes for seniors and people with disabilities. Jointly financed by the federal and state governments, states have substantial flexibility to administer the program under existing law. The inclusion of major Medicaid changes in both the American Health Care Act (AHCA) that passed in the House and the Better Care Reconciliation Act (BCRA) considered in the Senate revealed that is hard to gain consensus on significant cuts and reforms to Medicaid.  Medicaid has broad general support and intense support from special populations served by the program.  In addition, proposed changes would have different implications across states due to significant program variation across states, including implementation of the ACA Medicaid expansion as well as other health status, demographic and state fiscal circumstances.

Medicaid financing changes may resurface in the fall as Congress considers reauthorization of the Children’s Health Insurance Program (CHIP), broader health legislation, and other priorities (like tax reform) that need offsetting federal savings.  Moreover, the Administration can make major changes to re-shape Medicaid without legislation through Section 1115 demonstration waivers and other regulations or guidance.  This brief draws on lessons learned for Medicaid from the recent health care debate and looks ahead to the Fall.

What We Learned About Medicaid in the Recent Debate

1. More than half of the states have a strong stake in continuing the ACA Medicaid expansion as it has provided coverage to millions of low-income residents and produced net fiscal benefits. The ACA expanded Medicaid coverage to nearly all adults up to 138% of the federal poverty level (FPL) and provided states with enhanced federal financing for this new coverage; however, the Supreme Court ruling on its constitutionality effectively made the expansion a state option. This choice resulted in even greater variation in Medicaid programs across states. Following the implementation of the ACA in 2014, millions of people have enrolled in new coverage options (Medicaid and Marketplace), and the uninsured rate for the non-elderly had dropped to a historic low of 10% by early 2016. To date, 32 states have implemented the ACA Medicaid expansion (Figure 1).  Because of state choices around the expansion, national changes to eliminate the ACA Medicaid expansion enhanced funding would affect states very differently.  Without the enhanced funding, many states would be not be able to make up the loss in federal funds and would need to roll-back coverage; however, taking coverage away from the millions who gained coverage under the ACA expansion would be challenging for states and legislators.  A literature review of over 100 studies points to coverage expansions, increased access and utilization of services and net fiscal benefits in many states.  Rolling back the coverage expansion could also mean unraveling advances in access to services including mental health and addiction services, particularly for treating those affected by the opioid epidemic. 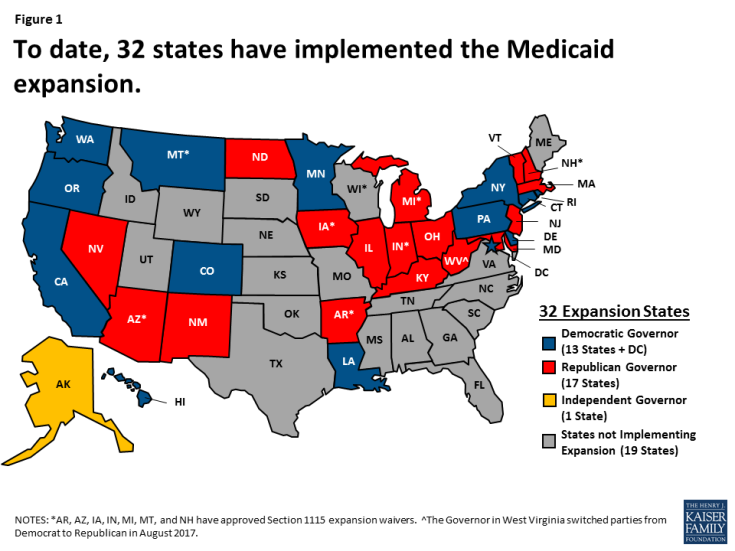 Figure 1: To date, 32 states have implemented the Medicaid expansion.

2. While most states favor enhanced flexibility, financing caps through a block grant or per capita cap may not be a good deal for many states. The National Association of Medicaid Directors (NAMD) as well as a number of individual governors have supported additional program flexibility in Medicaid; however, specific governors and NAMD more broadly have expressed concern that additional flexibility cannot compensate for the large federal funding reductions and additional risk that would result from legislation considered in the House or Senate.  In direct response to the BCRA, NAMD stated that “no amount of administrative or regulatory flexibility can compensate for the federal spending reductions that would occur as a result of this bill…It would be a transfer of risk, responsibility, and cost to the states of historic proportions.”  These concerns were validated by the Congressional Budget Office estimates showing that federal funding could be cut by 35% by 2036 (Figure 2).  Medicaid accounts for more than half of all federal revenues to states, so reductions of this magnitude would have significant implications for state budgets.  Since the enactment of the program, Medicaid has provided an entitlement to coverage, but also a guarantee to states for matching funds with no pre-set limit. 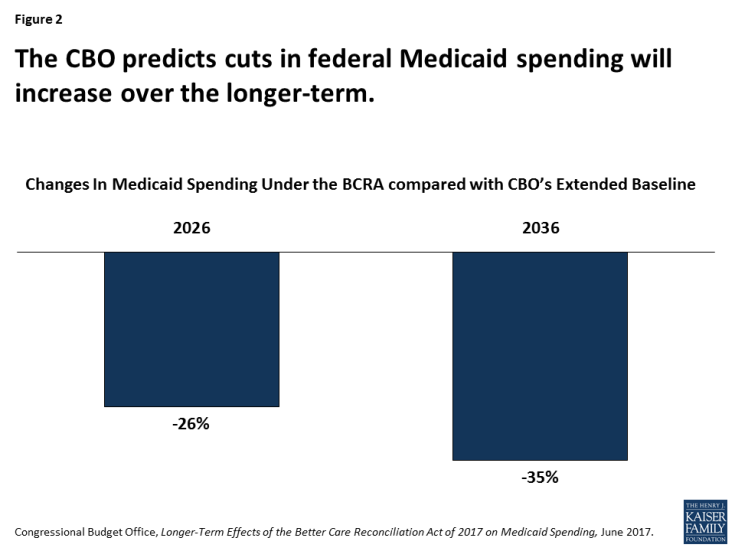 Figure 2: The CBO predicts cuts in federal Medicaid spending will increase over the longer-term.

Another analysis considered the feasibility of realizing substantial Medicaid cost savings through strategies aimed at improving delivery system and administrative efficiency by reviewing the literature about the potential for Medicaid cost savings through commonly cited strategies including premiums, cost-sharing, and enrollee wellness incentives, care management, alternative payment models, expanding home and community-based services (HCBS), and increasing use of managed long-term services and supports. While many of these policies might lead to improved health outcomes or increased enrollee satisfaction, the literature does not provide strong evidence for achieving large Medicaid savings.

3. Uncertain future health care costs and needs as well as variation across states make it difficult to implement a pre-set growth rate for Medicaid under a capped financing structure. Medicaid plays a central role in helping to fill the gaps in private coverage (particularly in rural areas and for long-term services and supports that are typically not covered by private insurance). In addition, Medicaid plays an important role in providing mental health services and in addressing public health emergencies and epidemics from HIV/AIDS to the more recent opioid epidemic.  The costs of addressing these emerging issues are often uncertain and could leave states with higher financial risk with capped funding.  Medicaid directors also point to the rising cost of specialty prescription drugs (such as new hepatitis C drugs and Spinraza, a drug to treat Spinal Muscular Atrophy) as upward cost pressures.  Fiscal environments, politics and tax revenue capacity vary across states, so states’ ability to raise revenue to offset losses in federal funds and address key issues also varies.

4. The proposals to cap federal funding could lock-in current state spending patterns that reflect historic Medicaid policy choices. Despite being called a “one-size fits all program”, anyone who has worked on Medicaid knows the expression “if you have seen one Medicaid program, you have seen one Medicaid program”. This expression captures the significant variation in Medicaid programs across states. As a result of this variation and underlying state characteristics, all states could face challenges responding to federal Medicaid cuts and caps, but states with certain characteristics are more at risk.  For example, states with limited and efficient Medicaid programs will face challenges finding additional program efficiencies. Additionally, states with more residents that rely on Medicaid now and in the future including those with a higher share of the population in rural areas, states hardest hit by the opioid epidemic and states with a more rapidly growing aged population (who are likely to need Medicaid long term care services) could be at higher risk in responding to Medicaid funding cuts.  As noted above, states with lower tax capacity may face more challenges raising revenue to offset any federal reductions (Figure 3). 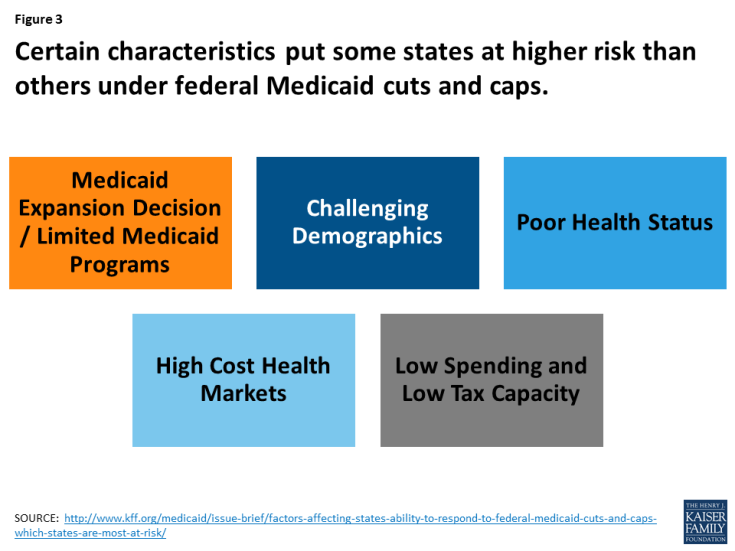 Figure 3: Certain characteristics put some states at higher risk than others under federal Medicaid cuts and caps.

5. Medicaid has broad support and also strong support among the many special populations that rely on Medicaid. Since the enactment of Medicaid when the program was tied to cash welfare and served a smaller population, Medicaid is now a major part of our health care system.  Recent public opinion polling suggests that Medicaid has broad support.  Even across political parties, majorities say that Medicaid is working well (Figure 4).  In addition, the polling shows that few Americans want decreases in federal Medicaid funding; but, only 4 in 10 were aware of major reductions in Medicaid spending in recent legislation passed by the House.  In addition to broad based support, Medicaid has very strong support among those who are disproportionately served by Medicaid including children with special health care needs, seniors, and people with disabilities. 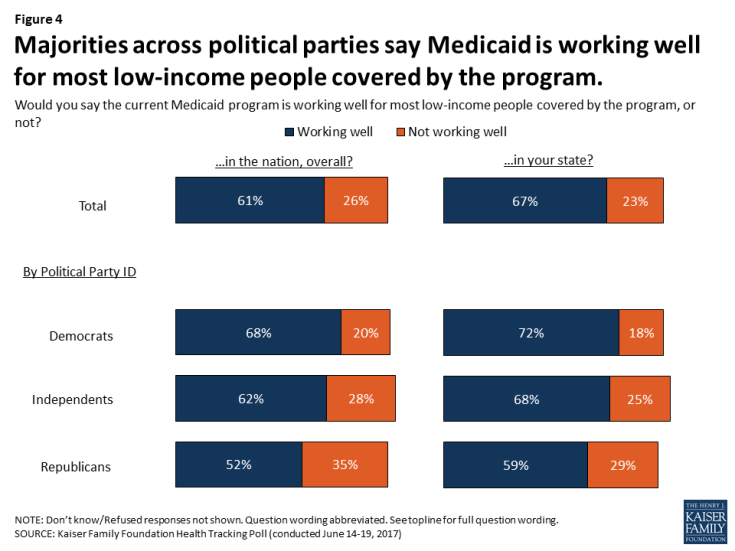 Figure 4: Majorities across political parties say Medicaid is working well for most low-income people covered by the program.

What to Watch in the Fall

With Congress returning from the August recess, a lot of activity this fall could have implications for Medicaid:

Health Care Legislation. CHIP funding expires at the end of FY 2017 and Congress needs to reauthorize the program.  Senators Alexander and Murray have announced that the Senate HELP (Health, Education, Labor and Pensions) Committee will hold bipartisan health care hearings focused on efforts to repair the individual market. At this time, it is unclear if Congress will bring up the AHCA or the BCRA or other legislation that deals with the marketplaces or Medicaid.  In addition, Medicaid reforms that yield federal savings could be considered as options to help finance other legislative priorities such as tax reform.

Administrative Actions (Waivers and Guidance).  Even without legislation, the Administration can make changes to the program through waivers and other regulatory actions.  While this is the case with any new administration, the Trump administration has indicated interest in pursuing changes that diverge or overturn a number of policies issued in the last administration as well as other previous administrations.  Unlike legislative changes, a future administration would then similarly have discretion to make changes to these policies.  Section 1115 Medicaid demonstration waivers provide states an avenue to test new approaches in Medicaid that differ from federal program rules. While there is great diversity in how states have used waivers over time, waivers generally reflect priorities identified by states and the current administration.  In March, 2017 the Administration issued a letter to state governors that signaled an openness to approve waivers that had not been approved in the past.  Some new policies under consideration such as conditioning Medicaid eligibility on work and more expansive use of premiums and cost sharing could depress Medicaid enrollment.  A number of states are developing waivers or have waivers pending at CMS related to Medicaid expansion as well as traditional populations.  In addition, states may consider Section 1332 waivers that allow states to implement different health coverage models for individuals eligible for coverage in the Marketplace.  While Section 1332 waivers cannot be used directly for Medicaid, states may propose Medicaid Section 1115 waivers in conjunction with Section 1332 waivers. The Trump Administration also could issue new regulations and review existing regulations, including the managed care regulations issued by the Obama Administration.

Other Initiatives.  While not specific to Medicaid, there are other key health issues that may have implications for Medicaid that may be the subject of legislative and / or administrative actions.  For example, efforts to bar federal funding for contraception and Planned Parenthood would have implications for Medicaid as Medicaid pays for about half of all the births in the country and is a major payer of family planning services (that are provided through Planned Parenthood and other health care clinics).  Medicaid plays a central role in efforts to address the opioid epidemic.  President Trump said he would declare the opioid crisis a national emergency, a decision that could allow for increased flexibility to direct resources to this problem.