Congress is currently debating the American Health Care Act (AHCA), which would repeal and replace the Affordable Care Act (ACA) and also make substantial changes to the structure and financing of Medicaid. The AHCA as released on March 6, 2017 would use a per capita cap policy to cap federal funds to states for Medicaid. Growth in per enrollee amounts would be tied to growth in the medical care component of the CPI (CPI-M).  On March 20, the AHCA added provisions to allow states to elect a block grant for certain populations and increase the per enrollee amounts for the elderly and people with disabilities to CPI-M plus one percentage point. This data note examines what the implications of tying per enrollee growth to CPI-M would have been for the 2001-2011 period for federal spending nationally and state-by-state by major enrollment group. This analysis is meant to illustrate how actual spending compares to spending limits that would have been in place if growth rates had been limited to CPI-M, similar to the limits proposed by the AHCA; however, the analysis does not examine the specific policy provisions of the AHCA, and, unlike assessments of the AHCA by the Congressional Budget Office (CBO), does not include the impact of repealing the ACA Medicaid expansion or other responses that states might adopt in response to federal funding limits. An overview of the methods underlying the analysis is provided in the “Methods” box below. 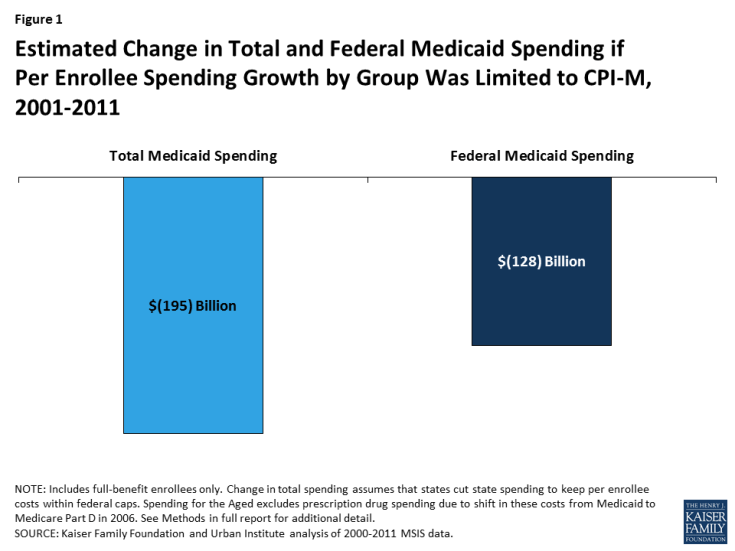 Figure 1: Estimated Change in Total and Federal Medicaid Spending if Per Enrollee Spending Growth by Group Was Limited to CPI-M, 2001-2011

Changes in Spending by Eligibility Group 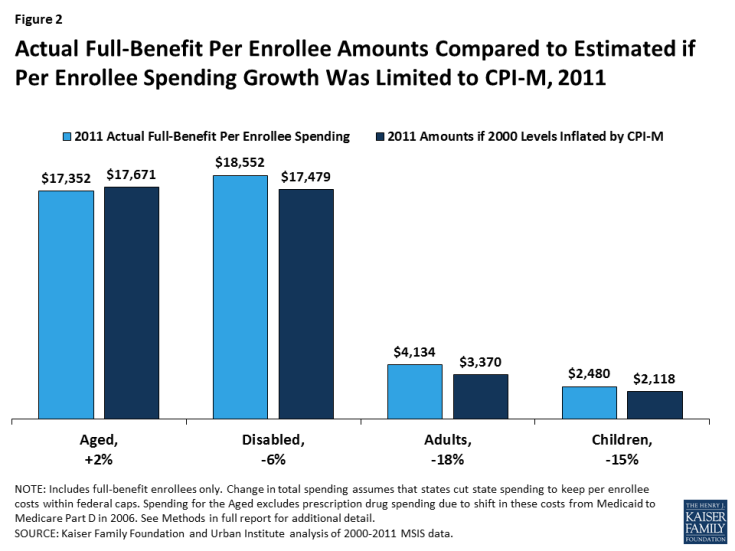 Figure 2: Actual Full-Benefit Per Enrollee Amounts Compared to Estimated if Per Enrollee Spending Growth Was Limited to CPI-M, 2011

Reflecting these differences in growth rates by eligibility group, as well as differences in enrollment across groups, the total decline in Medicaid spending over the 2001-2011 period is not evenly distributed across groups. Of the estimated $128 billion decline in federal dollars over the 2001-2011 period, nearly three quarters would have been for spending for children and people with disabilities (each account for 37% of the change), with declines in spending for adults accounting for 22% of the change and declines for the aged accounting for 4% of the change (Figure 3). 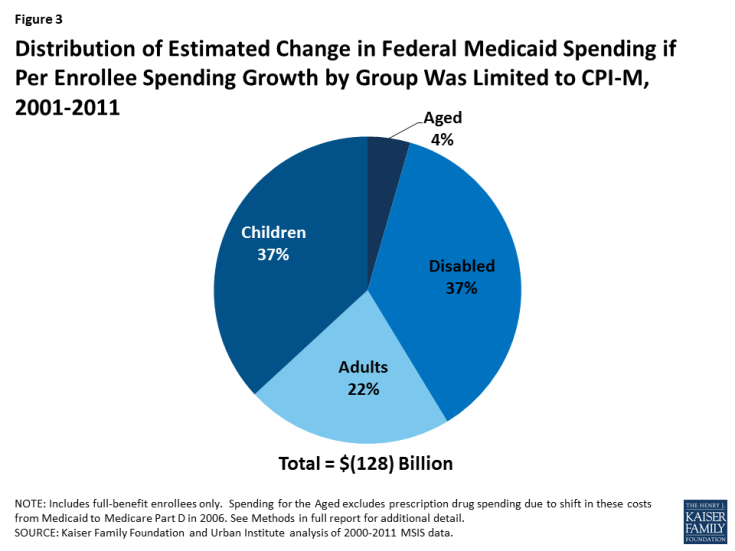 Figure 3: Distribution of Estimated Change in Federal Medicaid Spending if Per Enrollee Spending Growth by Group Was Limited to CPI-M, 2001-2011 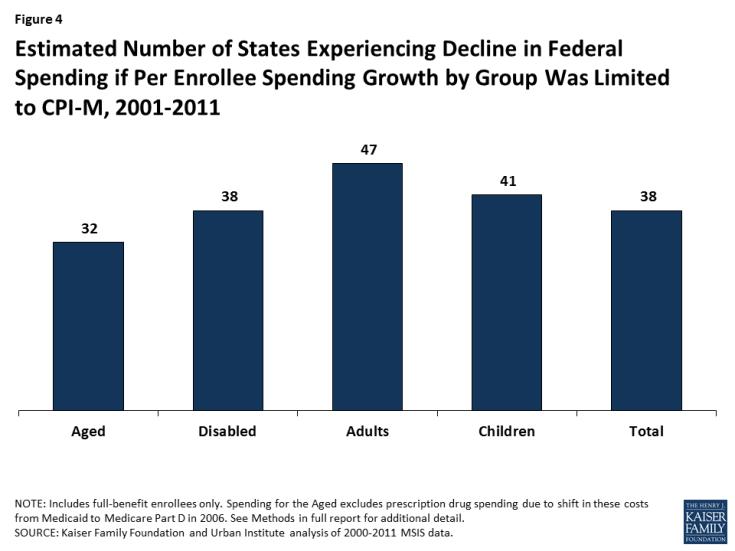 Estimated Number of States Experiencing Decline in Federal Spending if Per Enrollee Spending Growth by Group Was Limited to CPI-M, 2001-2011

Depending on the structure of a federal per capita cap, states could possibly shift funds from a group whose expenses were below the cap to one whose expenses were above it. Based on the analysis of data from 2000-2011, about half of states (25) would have experienced declines in federal Medicaid spending for all four eligibility groups, so they would not have had savings from one group to transfer to another. Further, as evidenced by the fact that most states (38) still had a net decline in federal dollars, many states that had savings for one group would not have experienced sufficient savings to offset losses.

The magnitude of the change in federal Medicaid funds varies significantly by state (Table 2 and Figure 5). More than half the states (26) would have seen an overall drop in federal Medicaid funds of more than 10%. Across all eligibility groups, New Mexico, Louisiana, and Maryland would have experienced a reduction in federal funds of 26%, 21%, and 20%, respectively, while New Hampshire, Michigan, and Illinois would have received 13%, 11%, and 11% more federal dollars, respectively.  Limiting federal Medicaid spending increases to a uniform rate across states would not account for differences in states’ cost of care for Medicaid beneficiaries. 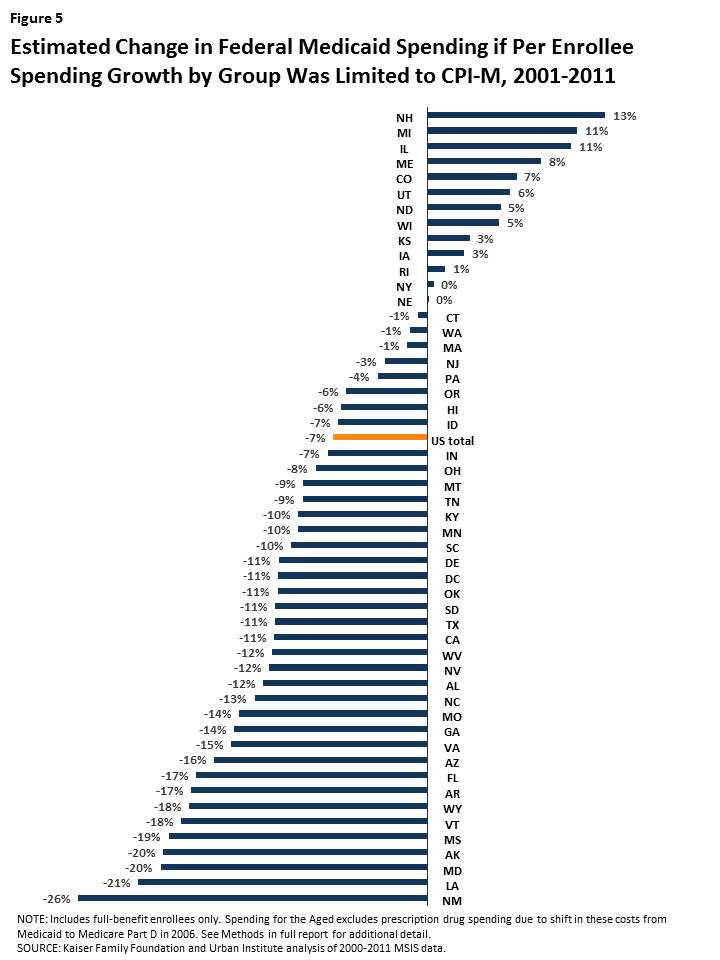 Figure 5: Estimated Change in Federal Medicaid Spending if Per Enrollee Spending Growth by Group Was Limited to CPI-M, 2001-2011 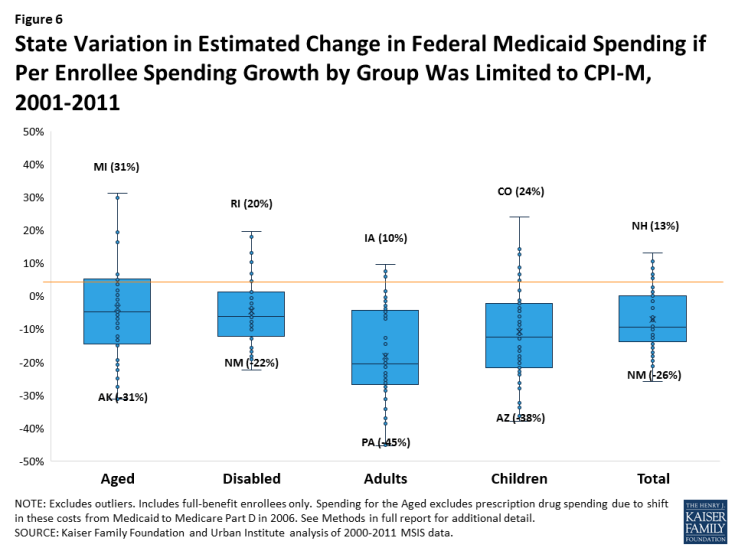 Figure 6: State Variation in Estimated Change in Federal Medicaid Spending if Per Enrollee Spending Growth by Group Was Limited to CPI-M, 2001-2011

Changes to Medicaid financing proposed under the AHCA would be a major restructuring of the Medicaid program. Currently, federal Medicaid matching funds are provided on an open-ended basis and grow with both enrollment increases and changes in per enrollee spending; federal Medicaid funds also account for variation in changes to the cost of care across states. This structure has allowed Medicaid spending growth per enrollee to vary over time, accounting for changes in medical technology (e.g., new prescription drug treatments), new treatment patterns (e.g., the shift to community-based long-term care), or emerging illnesses (e.g., HIV/AIDS). It also allows spending growth to vary across states, based on variation in health care markets, the needs of residents and state policy choices. A federal per enrollee cap on Medicaid spending would grow with enrollment, but it would not account for this variation in per enrollee spending growth over time and across states. As illustrated by looking at spending per enrollee from 2001 to 2011, states would face very different outcomes if federal per enrollee growth were limited to CPI-M, and most states would have experienced a net decrease in federal Medicaid funds. Policies imposed going forward (instead of looking back) could result in federal savings, but could have significantly different implications across enrollment groups and across states. In response to limited federal funding for Medicaid, states would need to either offset those federal reductions or cut back on their Medicaid programs.