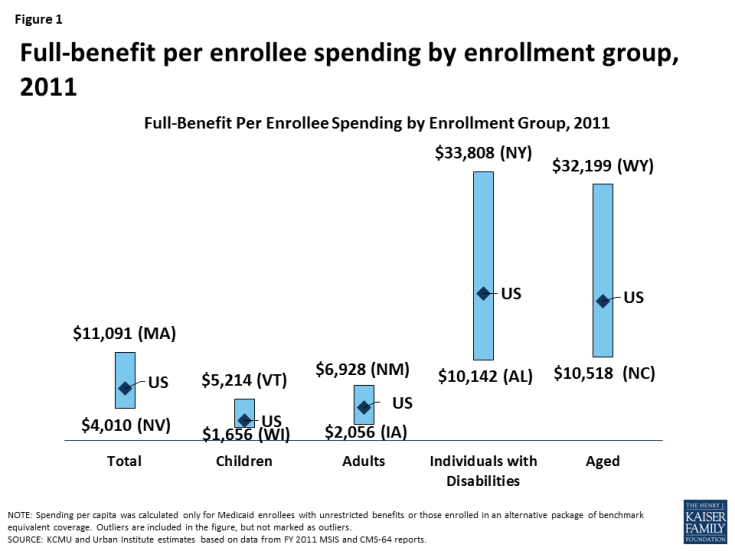 Interactive Map 1: Spending Per Full-Benefit Enrollee, FY 2011 (back to top)

From 2000 to 2011, growth in Medicaid spending per enrollee (total and by enrollment groups) was greater than growth in GDP (2.9%) and comparable to Medical CPI (4.0%) but lower than the growth of national health expenditures per capita (5.4%) and private health insurance per enrollee (6.7%) in the same time period.  There is variation in the spending growth across states and across groups (Figure 2 and Map 2). Changes in the case-mix have implications for aggregate per enrollee spending. For example, if spending per enrollee increased for each enrollment group, but the share of adult and child enrollees (lower cost enrollees) increased more compared to the share of elderly and disabled (higher cost enrollees), it is possible to have overall spending per enrollee increase at a slower rate than each individual group.2 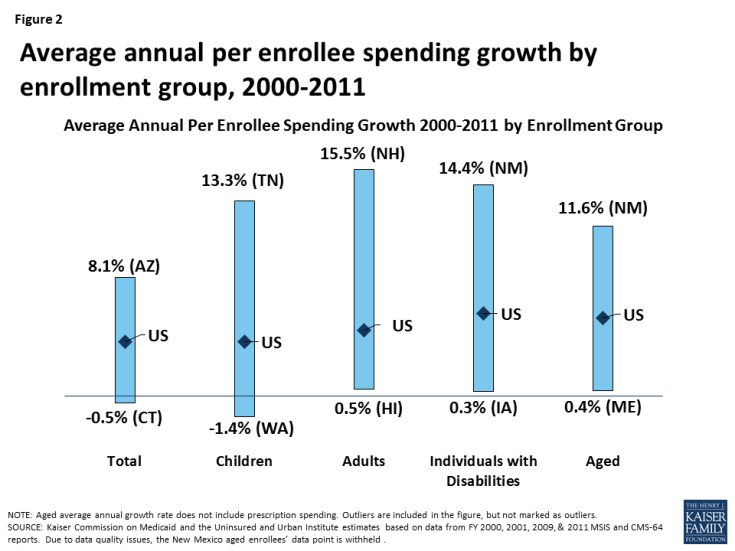 Table 3: Ratio of State Per Enrollee Spending to the Average US Per Enrollee Medicaid Spending by Eligibility Group (back to top)

Table 4: Average Growth in Annual Medicaid Spending Per Enrollee from FY2000 to FY2011