Nearly every month since the ACA was signed into law in 2010, the Kaiser Family Foundation has surveyed the public about their general views on the law, using a question with a four-part answer scale that allows individuals to describe their views as very favorable, somewhat favorable, somewhat unfavorable, or very unfavorable. In reporting trends on this question, we often focus on the “net” favorability, combining the “somewhat” and “very” categories together. Using this method, Kaiser polls have shown an overall increase in ACA favorability over the past year, with 52 percent holding a favorable view of the law in August 2017, up 10 percentage points since June 2016, and nearly 20 percentage points since a low of 33 percent in November 2013. 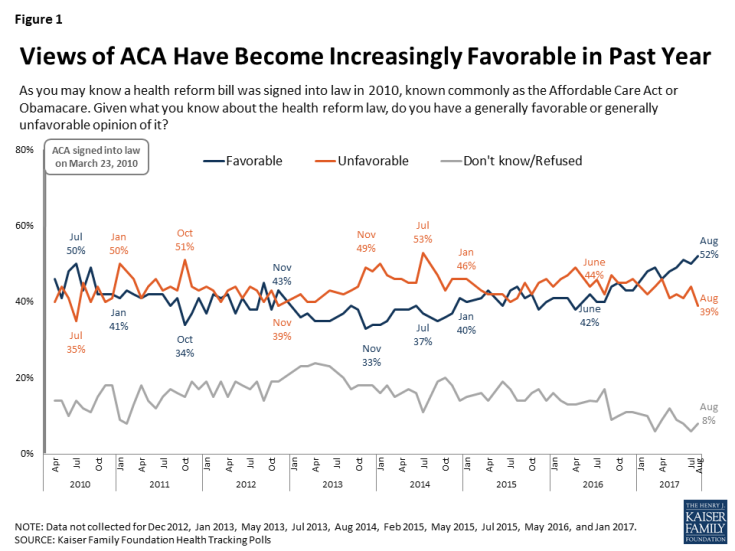 Figure 1: Views of ACA Have Become Increasingly Favorable in Past Year 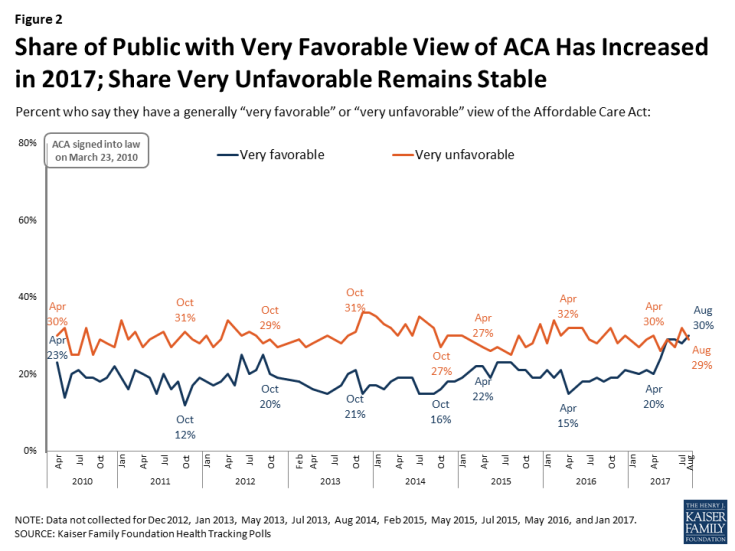 Not surprisingly, this recent increase in strongly favorable feelings towards the ACA has been driven by a substantial increase among Democrats (from 38 percent very favorable in December 2016 to 54 percent in August 2017) along with a more moderate increase among independents (from 17 percent to 26 percent over the same time period). Very few Republicans express a strongly positive view of the law, as has been true since its passage. 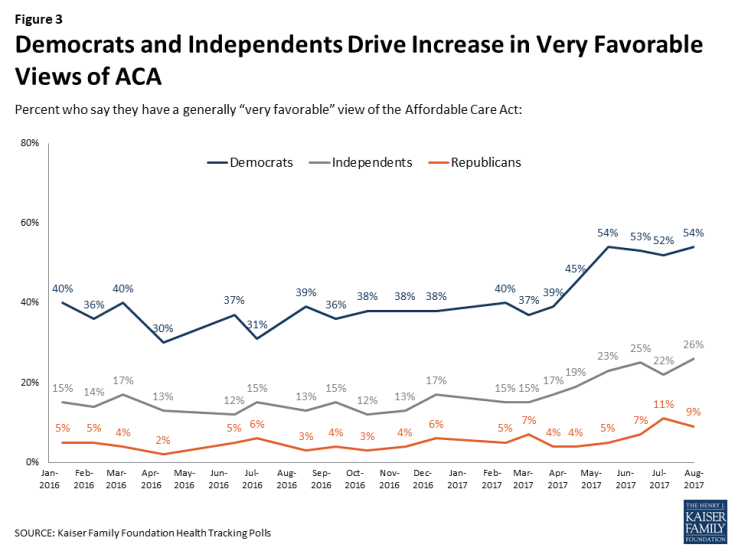 As a result of the increasing share of Democrats expressing a strongly favorable view of the ACA, the intensity gap in views of the law by party has significantly narrowed in recent months. In most Kaiser polls from 2010 through 2016, the share of Republicans with a very unfavorable view of the law was roughly 20 percentage points higher than the share of Democrats with a very favorable view, a gap that has narrowed to an average of 9 percentage points across the 5 most recent polls. 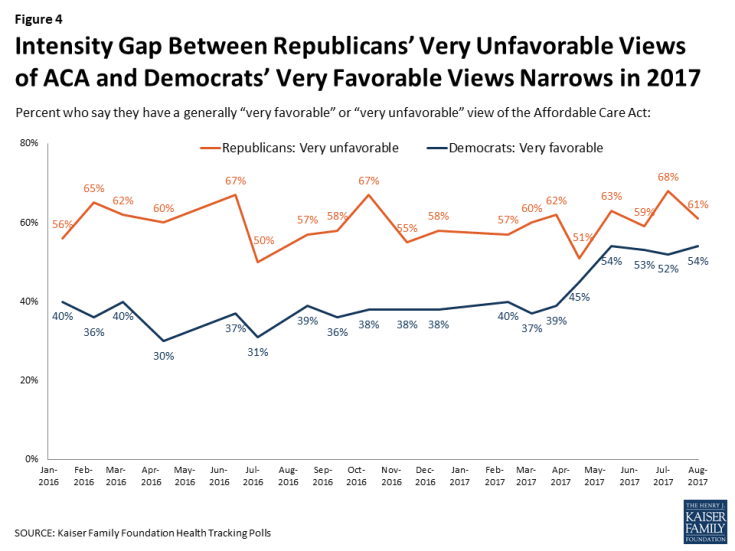 The increase in strongly favorable feelings towards the ACA and the narrowing of the intensity gap appears to be the result of Democrats and some independents rallying around a law that many consider one of President Obama’s signature achievements, at a time when the future of that law is being threatened. Democratic sentiment began shifting in late April and May, as the House of Representatives debated and eventually passed the American Health Care Act, which would have repealed and replaced parts of the ACA. Now that ACA repeal has failed to pass the Senate – at least for the time being – it remains to be seen whether Democrats’ increased enthusiasm for the law will continue, or whether strong support will wane as Congress turns its attention to other topics and news about the ACA is likely to be focused on the health insurance marketplaces moving into the 2017 open enrollment period.