Facebook Twitter LinkedIn Email Print
Non-governmental organizations (NGOs) are key implementers of U.S. global health programs, yet in the past, little has been known about the scope of their role. To help shed light on this issue, two recent Kaiser Family Foundation reports assessed NGO engagement in U.S. global health efforts, looking first at U.S.-based NGOs1 and then at those based outside the U.S.2 that received U.S. government funding from the U.S. Agency for International Development (USAID) (the largest U.S. global health implementing agency as measured by funding). While these individual analyses provided new windows into the respective roles of NGOs in and outside of the U.S. – showing, for example, that U.S.-based NGOs were headquartered in 25 states and the District of Columbia3 – this data note pulls them together with updated data to paint a more comprehensive picture.4 This analysis found that NGOs received a significant share of U.S. government (USG) global health funding disbursed by USAID in FY 2014. While the majority of these NGOs were based outside the U.S., most funding went to those based in the U.S. Specifically, the analysis found that: 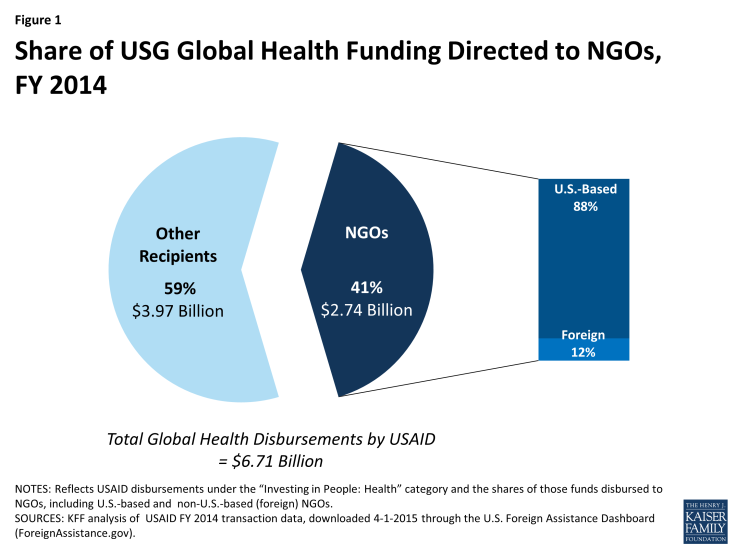 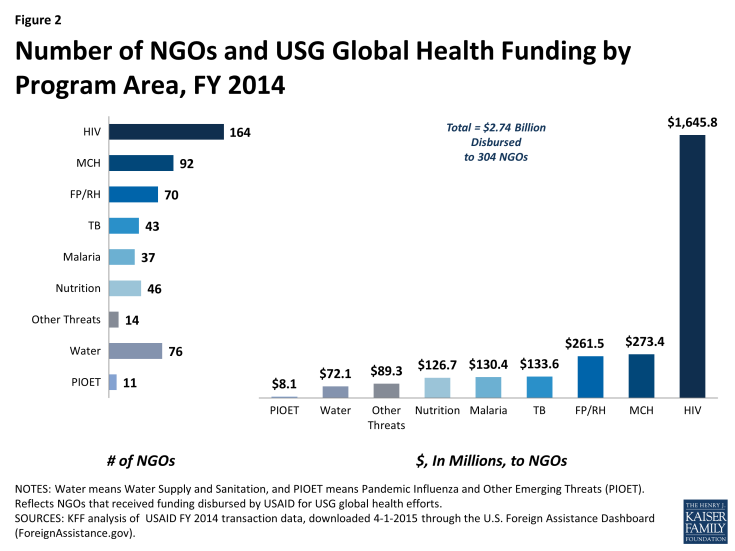