More than half of those who received their first dose of a COVID-19 vaccine through a community health center were people of color, suggesting that health centers appear to be doing a better job of reaching people of color than are overall vaccination efforts, finds a new KFF analysis.

People of color accounted for 54 percent of people who got their first dose of the vaccine through a health center, the analysis finds, including 26 percent who were Hispanic and 12 percent who were Black. The analysis is based on weekly surveys of health centers by the Health Resources and Services Administration starting the week of January 8 through February 26.

In contrast, Centers for Disease Control data show that, as of March 7, just 9 percent of people receiving one or more doses of a COVID-19 vaccine nationally were Hispanic and 7 percent were Black. 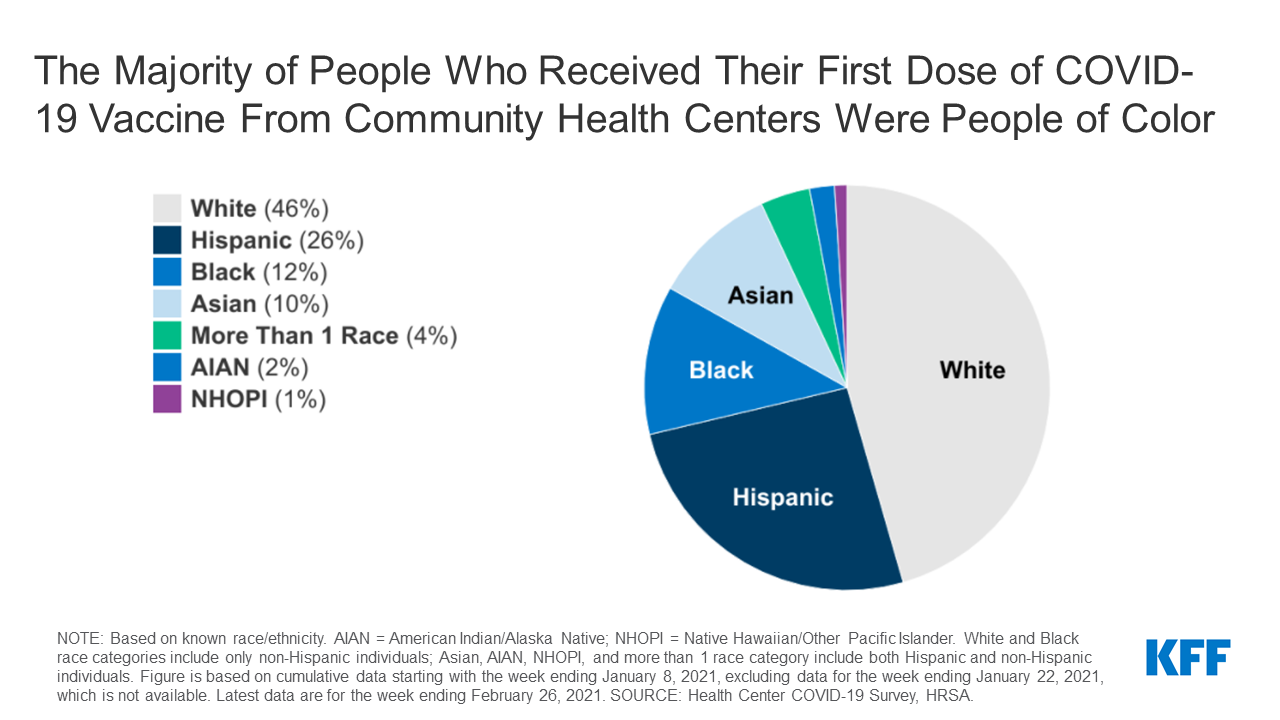 As part of an effort to increase vaccination rates among people of color, the Biden administration recently announced an initiative to provide health centers with direct access to vaccine supply. The more than 1,300 health centers in the U.S. are a national network of primary care providers serving nearly 30 million patients annually, many of them low-income and living in underserved communities.

Also newly available from KFF is the brief, How are States Addressing Racial Equity in COVID-19 Vaccine Efforts?. For more data and analyses on COVID-19 and vaccination efforts, including KFF’s Vaccine Monitor project, visit kff.org.