The February 2014 Kaiser Health Tracking Poll finds that those who are most likely to be customers in the Affordable Care Act (ACA)’s new insurance exchanges (the uninsured and those who purchase their own coverage) are more likely to prefer less costly plans with narrow provider networks over more expensive plans with broader networks, while the public overall has the opposite preference. Overall opinion of the ACA remains about the same as it has been since November, with just under half the public viewing the law unfavorably and just over a third having a favorable view.

How Will the Uninsured in West Virginia Fare Under the Affordable Care Act? 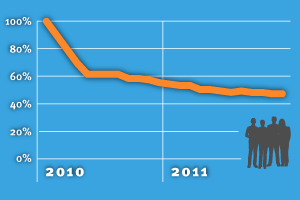 Data Note: How Many People Have Nongroup Health Insurance?

The implementation of the Affordable Care Act (ACA) has focused attention on the composition of the nongroup market: how it looked before the new regulatory provisions take effect and how it will change afterwards. There are several ways of answering this question, depending on the time period for measuring enrollment and the information source. There is substantial turnover among people with nongroup coverage, which means that the number of people covered at the beginning of a year (or at any other point in time) is quite different than the number of people who keep that coverage throughout the whole year. 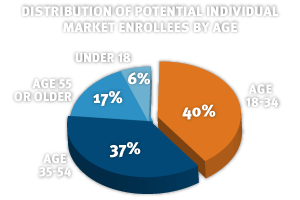 As enrollment statistics in the new health insurance marketplaces start to become available, there is a growing focus on whether the enrollment of so-called “young invincibles” will be sufficient to keep insurance markets stable. Enrollment of young adults is important, but not as important as conventional wisdom suggests since premiums…

This data spotlight report examines trends in the Medicare Advantage marketplace, including the choices available to Medicare beneficiaries in 2014, premium levels and other plan features. Medicare beneficiaries, on average, will have 18 private Medicare Advantage plans available to them in 2014, reflecting both new plans entering the market and old plans exiting it. If Medicare Advantage enrollees remain in their current plans, average monthly premiums will rise by almost $5 per month, or 14 percent, to $39 per month. The analysis also examines some benefits provided by Medicare Advantage plans including drug coverage and caps on out-of-pocket spending, and finds that average out-of-pocket limits across all plans will climb 11 percent to $4,797 in 2014. Additionally, this analysis examines changes in the types of plans available (HMOs, PPOs, etc.), including special needs plans in 2014. 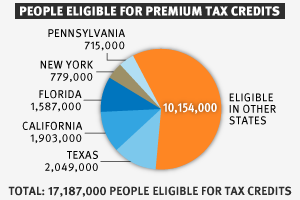