What Paul Ryan’s Stance on 2016 Means for Health Care

In this column for The Wall Street Journal’s Think Tank, Drew Altman discusses the implications of Paul Ryan’s decision to rule out being drafted as a Republican presidential candidate for the 2017 health care agenda and how it could focus greater attention on proposals to change Medicare and Medicaid along with the Affordable Care Act.

Employer- and union-sponsored retiree health benefits have served as an important source of supplemental coverage for people on Medicare, but over time, this coverage has been eroding. This Data Note draws upon five national surveys to document the decline in retirement health insurance coverage, and discusses the implications for seniors and retiring Boomers. 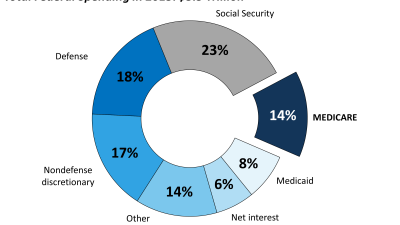 Medicare Spending: A Look at Current, Short-term, and Long-term Trends 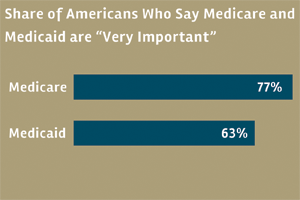 Similar but Not the Same: How Medicare Per Capita Spending Compares for Younger and Older Beneficiaries

Since 1973, the program has also provided coverage to millions of people with permanent disabilities who are younger than age 65. This data note compares average per capita Medicare spending and service use for beneficiaries under age 65 to spending among those over age 65.