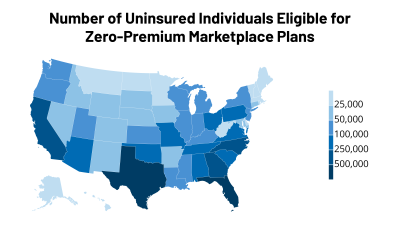 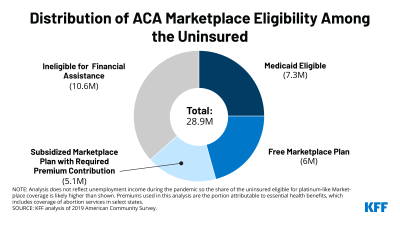 This brief uses data from the American Community Survey (ACS) to provide estimates of eligibility for and the amount of financial assistance to purchase Marketplace coverage under the ARPA among both current individual market purchasers, as well as Marketplace-eligible uninsured people. 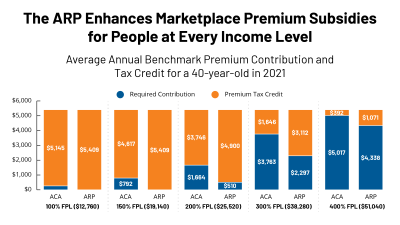 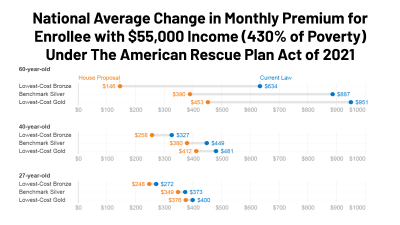 This data note estimates how tax credits premiums will change for people at various ages and incomes under the temporary boost in subsidies included in the American Rescue Plan Act of 2021, the COVID-19 relief plan signed into law in March 2021. 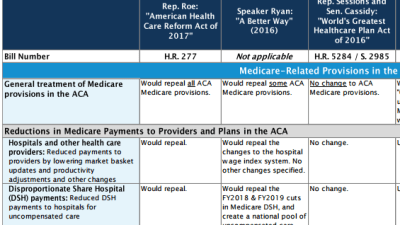 Repealing and replacing the Affordable Care Act is a top priority of the Trump Administration and the Republican leadership, which could have implications for the Medicare program. This brief provides a side-by-side comparison of the Medicare-related provisions in six bills and proposals that would repeal the ACA, excluding proposals that would not directly affect Medicare. 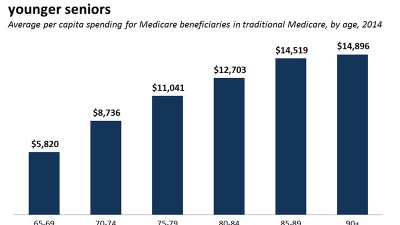 In a Health Affairs blog post, Tricia Neuman and Gretchen Jacobson of the Kaiser Family Foundation examine how proposals to convert Medicare to a premium support system could lead to higher Medicare premiums and cost-sharing for seniors currently enrolled in the program, even if today’s seniors are “grandfathered” and the new system is phased-in for people ages 55 and younger. The blog post explains how today’s seniors could face higher health care costs, if older beneficiaries are separated, at least actuarially, from younger ones. Lawmakers could implement policies to prevent cost increases for seniors, but doing so would reduce Medicare savings, a key objective of many premium support proposals.