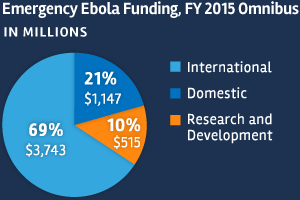 The U.S. Response to Ebola: Status of the FY2015 Emergency Ebola Appropriation

This issue brief reviews where the U.S. response to Ebola stands, asking: What specifically was funding provided for and what is its current status? How is U.S. funding being used to address the outbreak and its aftermath, and prepare for future health threats? How available and transparent is information about these activities? 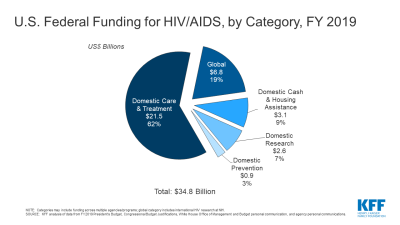 This fact sheet provides an updated overview of federal funding for HIV/AIDS, highlighting key domestic and global HIV/AIDS programs and comparisons over time.