Which Path for Health-Care Politics in 2015?

This was published as a Wall Street Journal Think Tank column on January 6, 2015. Yogi Berra said that when you come to a fork in the road, take it. It will be that kind of year for health-care politics. The status quo is not an option. The key to which path… 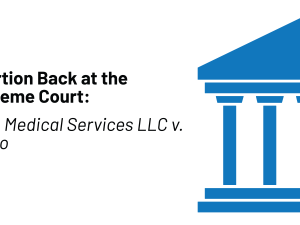 A Reporter’s Guide to Supreme Court Arguments on Health Reform

The Alliance for Health Reform and the Robert Wood Johnson Foundation sponsored this reporters-only briefing to help journalists cover the Supreme Court arguments challenging the Patient Protection and Affordable Care Act and their aftermath with greater depth and understanding. Panelists focus on tips, story ideas and angles that have perhaps…

Is a Death Spiral Inevitable If There is No Mandate?

If the Supreme Court acts within the next couple of weeks to overturn the individual mandate in the Affordable Care Act (ACA) while leaving the rest of the law intact, expect to hear a lot about how the individual insurance market will be destined for a “death spiral.” When compared…