Promises and Prospects For Low-Income AmericansThis book explores critical issues affecting access to health care for low-income Americans by assessing the importance of expansions of health coverage for the poor, the emerging challenges providers who serve low-income and uninsured populations face in a rapidly evolving health care delivery system, and…

The third in a series of reports on implementation issues and challenges in the first year of S-CHIP finds that non-Medicaid S-CHIP programs faced more administrative challenges. Success with enrollment appeared primarily related to administrative decisions, including a lower band of S-CHIP income eligibility, and the lack of premiums.

Health Coverage and Care for Youth in the Juvenile Justice System: The Role of Medicaid and CHIP

This brief provides an overview of the health and mental health needs of girls and boys in the juvenile justice system and the role of Medicaid and CHIP in addressing those needs. It focuses on the circumstances of youth who are placed in juvenile justice residential facilities, the discontinuity of Medicaid coverage for those youth, and the options for improving coverage, continuity of care and access to needed services post-discharge, including new opportunities provided by the Affordable Care Act (ACA). 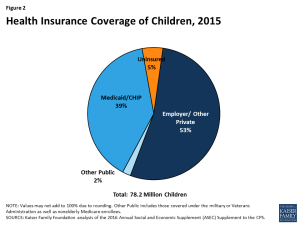 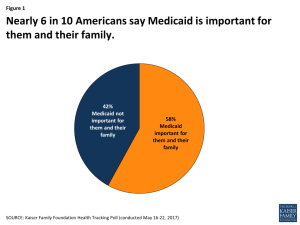 Characteristics of the Uninsured: Who Is Eligible for Public Coverage and Who Needs Help Affording Coverage?

This brief analyzes health coverage data and determines that 25% of the nation's uninsured population is eligible for either Medicaid or SCHIP. The brief goes on to describe the characteristics of the population. Issue Brief (.pdf)

The second in a series of reports on implementation issues and challenges in the first year of S-CHIP finds that the five study states have not focused special attention on the unique service needs of this age group, such as risk assessment and counseling, reproductive and sexual health services, and…

This report is an overview of how seven states (California, Colorado, Florida, Michigan, Mississippi, New Jersey, and Washington) coped with budgetary problems and how these problems impacted Medicaid and SCHIP.Report