This issue brief provides an overview of California’s “Bridge to Reform” Medicaid Demonstration Waiver, which was approved in 2010 and will make up to roughly $8 billion in federal Medicaid matching funds available to California over a five-year period to expand coverage to low-income uninsured adults and preserve and improve…

Final update made on November 26, 2013 (no further updates will be made) Establishing the Marketplace On September 30, 2010, former Governor Arnold Schwarzenegger (R) signed into law two complementary bills, AB 1602 and SB 900, to establish the California Health Benefit Exchange. California was the first state in the…

California’s Uninsured Struggle With Costs and Access And Say They Want Insurance, But Most Have Heard Little About The Affordable Care Act, And Many Who Are Likely To Be Eligible For Medi-Cal or Exchange Subsidies Don’t Know It Many Undocumented Immigrants in CA Think They Will Get Coverage Through the… 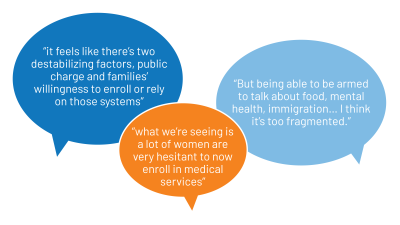 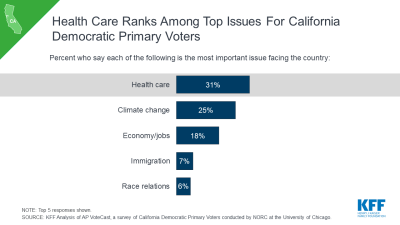 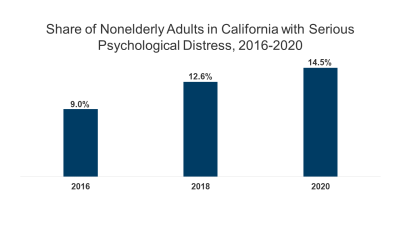 The COVID-19 pandemic has coincided with worsening mental health across the country, and California is no exception. This data note find that in California in 2020, many nonelderly adults experienced poor mental health and did not receive needed care.