President Donald Trump and Republicans in Congress pursued several major efforts to repeal and replace the Affordable Care Act (ACA) but were unable to get a bill through the U.S. Senate in 2017. In 2018, Congress did pass a tax bill that eliminated the ACA’s tax penalty for not obtaining health coverage beginning in 2019. The Trump Administration’s actions and decisions also have affected the ACA marketplaces and will continue to reshape how Americans get health insurance into 2019 and beyond. 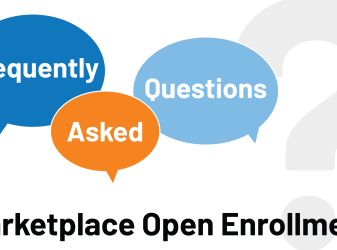 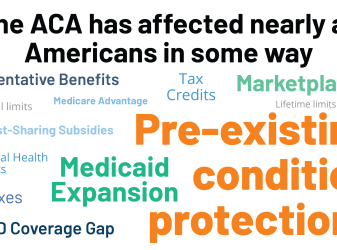 A Discussion with Leading Medicaid Directors: As FY 2013 Ends, Looking toward Health Care Reform Implementation in 2014

The Kaiser Commission on Medicaid and the Uninsured convened a focus group discussion with Medicaid directors who serve on the Board of the National Association of Medicaid Directors (NAMD). The discussion focused on state progress and concerns about implementing the ACA including eligibility system changes and state action on the Medicaid expansion decision as well as activity around payment and delivery system reform, and other budget and enrollment trends. The discussion took place in May 2013. Nine Medicaid directors from the NAMD Board plus the Michigan Medicaid Director and NAMD staff participated in the discussion. The following states were represented: Arizona, California, Georgia, Indiana, Michigan, South Carolina, Tennessee, Virginia, Washington, and West Virginia.

The Role of Medicaid in State Economies and the ACA

This brief summarizes findings from 32 studies in 26 states analyzing the anticipated impact of the Affordable Care Act Medicaid expansion (and in some cases full ACA implementation) on state and local economies.