THE UNINSURED A PRIMER 2013 – INTRODUCTION

In 2012, over 47 million nonelderly Americans were uninsured. Nearly all of the elderly are insured by Medicare, yet nearly 640,000 of the elderly were uninsured in 2012. A majority of the nonelderly receive their health insurance as a job benefit, but not everyone has access to or can afford this type of coverage. Few people can afford to purchase coverage on their own through the non-group market. Medicaid and the Children’s Health Insurance Program (CHIP) fill in gaps in the availability of coverage for millions of people, in particular, children.  More than one in six (18%) of the nonelderly was uninsured in 2012 (Figure 1). 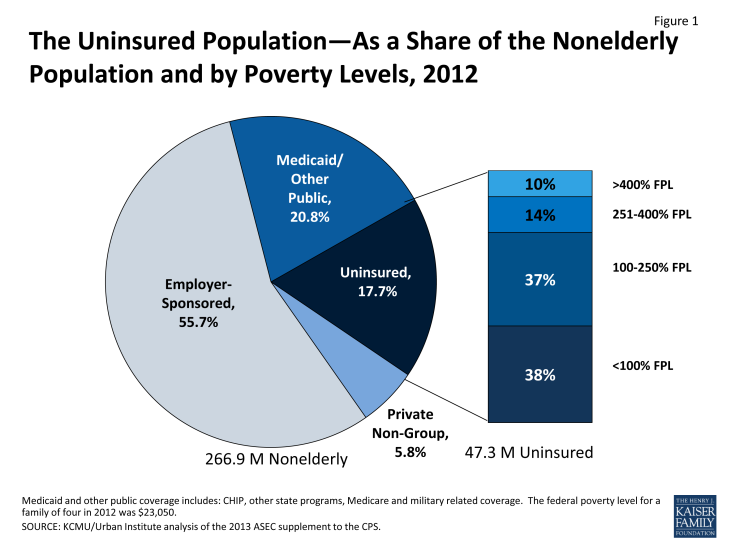 Figure 1: The Uninsured Population—As a Share of the Nonelderly Population and by Poverty Levels, 2012

The gaps in our health insurance system affect people of all ages, races and ethnicities, and income levels; however, those with the lowest income face the greatest risk of being uninsured. The uninsured population has strong ties to the workforce—more than three-quarters live in working families—and almost four out of ten are poor (incomes less than the federal poverty level of $22,350 for a family of four in 2012).

Being uninsured affects people’s access to needed medical care and their financial security. The access barriers facing uninsured people mean they are less likely to receive preventive care, are more likely to be hospitalized for conditions that could have been prevented, and are more likely to die in the hospital than those with insurance. The financial impact can also be severe.  Uninsured families struggle financially to meet basic needs and medical bills can quickly lead to medical debt.

With major coverage expansions taking place in January 2014, the Affordable Care Act (ACA) is anticipated to reduce the uninsured rate substantially.1 The ACA will fill existing gaps in coverage by providing for an expansion of Medicaid for adults with incomes at or below 138% of poverty in states that choose to expand, building on employer-based coverage, and providing premium tax credits to make private insurance more affordable for many with incomes between 100-400% of poverty.2

This primer presents basic information about the uninsured population—who they are and why they do not have health coverage—and provides an understanding of the difference health insurance makes in people’s lives. The Uninsured: A Primer also discusses how and why the number of uninsured people has changed and how the ACA will impact those without health coverage.