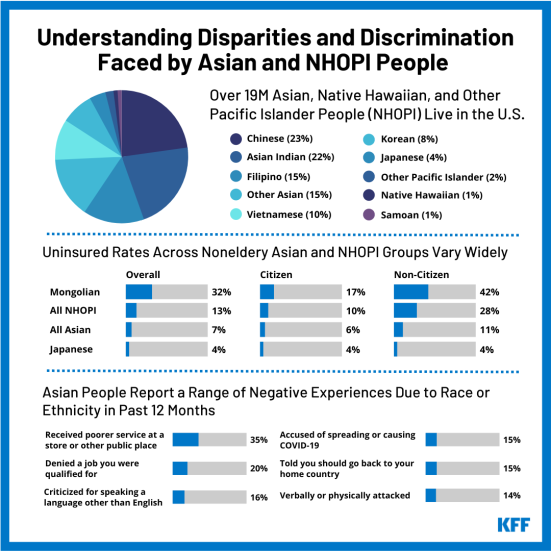 Data are also often missing to identify and address disparities. Enhancing data to better understand the experiences of Asian and NHOPI people is of particular importance at this time, given growing levels of racism and discrimination amid the COVID-19 pandemic, including a significant uptick in hate incidents against Asian and NHOPI people. A KFF survey of Asian community health center patients found that 1 in 3 respondents experienced more discrimination in 2021 than when the COVID-19 pandemic began and that many reported negative experiences due to their race or ethnicity, ranging from receiving poor service to being verbally or physically attacked.