Income-Related Premiums for Part B and Part D

People on Medicare with incomes above $85,000 for individuals and $170,000 for couples are currently required to pay higher premiums for Medicare Part B and Part D. These premiums were first required for Part B in 2007 and for Part D in 2011, and have been modified over time, with the latest change taking effect in 2019 (Figure 1). 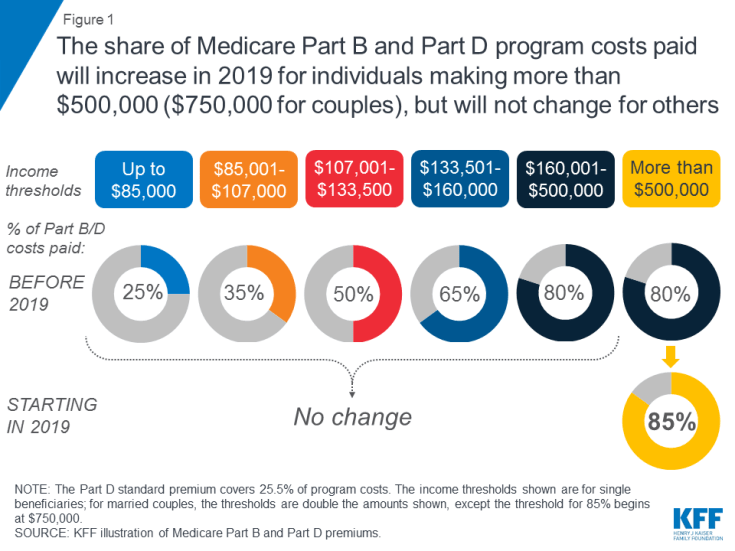 How Much Are Medicare’s Income-Related Premiums in 2019? 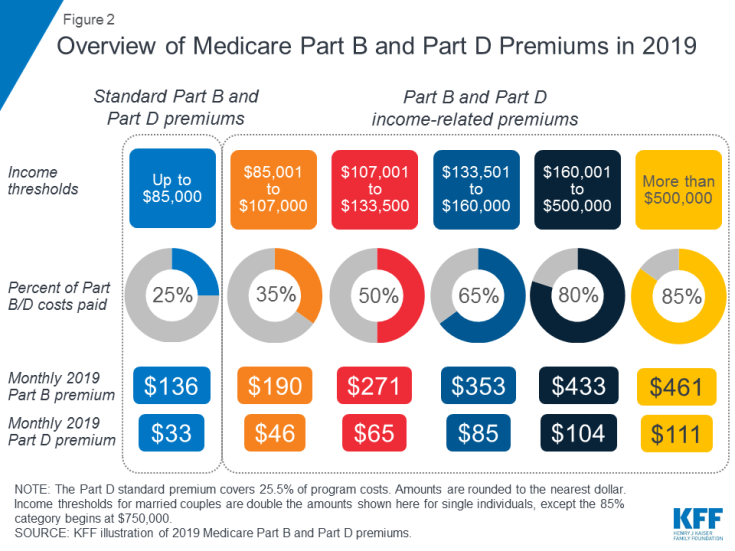 Figure 2: Overview of Medicare Part B and Part D Premiums in 2019 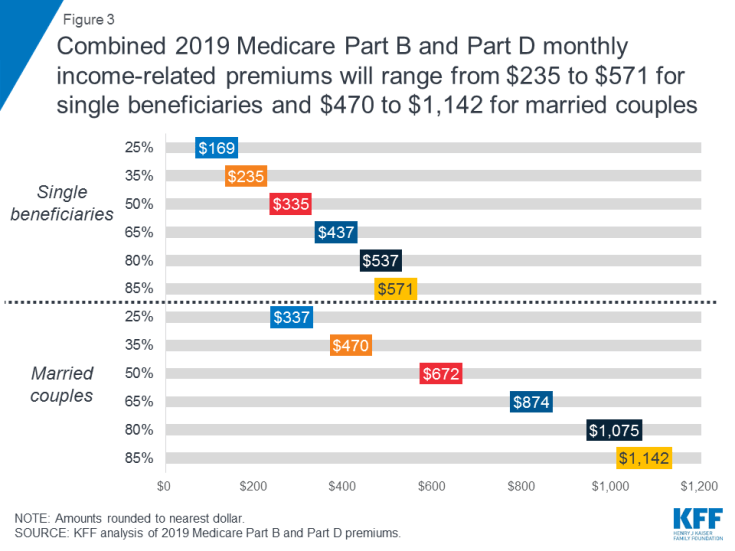 How Do the Income Thresholds Change Over Time?

Since 2011, the income thresholds that determine who pays the higher Part B premiums have been fixed at their current levels through 2019 (a provision of the ACA); this provision also applies to Part D. As a result, a growing share of beneficiaries have been subject to the income-related premiums over this time period.

In 2020 and subsequent years, the income thresholds will once again be indexed to general price inflation, based on their levels in 2019 (a provision in MACRA), except that the top-level income thresholds of $500,000/$750,000 that determine who pays 85 percent of Part B and Part D costs will be frozen through 2027 and adjusted annually for inflation starting in 2028 (a provision of the BBA of 2018). As a result, the number and share of beneficiaries paying the top 85 percent level of income-related premiums will increase as the number of people on Medicare continues to grow in future years and as their incomes rise.