Medicaid and CHIP eligibility for children and pregnant women has remained robust under the ACA. Reflecting expansions prior to the ACA, all but two states cover children with incomes up to at least 200% FPL ($41,560 per year for a family of three in 2018) through Medicaid and CHIP (Figure 1), and 34 states cover pregnant women up to at least 200% FPL. Eligibility levels for children and pregnant women did not change significantly under the ACA. The ACA protected children’s eligibility under its maintenance of effort (MOE) provision, which requires states to maintain eligibility levels for children that are at least as high as those in place when the ACA was enacted in 2010. The recent ten-year extension of CHIP continues the MOE. Under this legislation, the MOE will only apply to children in families with incomes at or below 300% FPL (305% FPL after the five percentage point of income disregard) after October 1, 2019, although states can maintain current higher eligibility levels and receive federal matching funds. 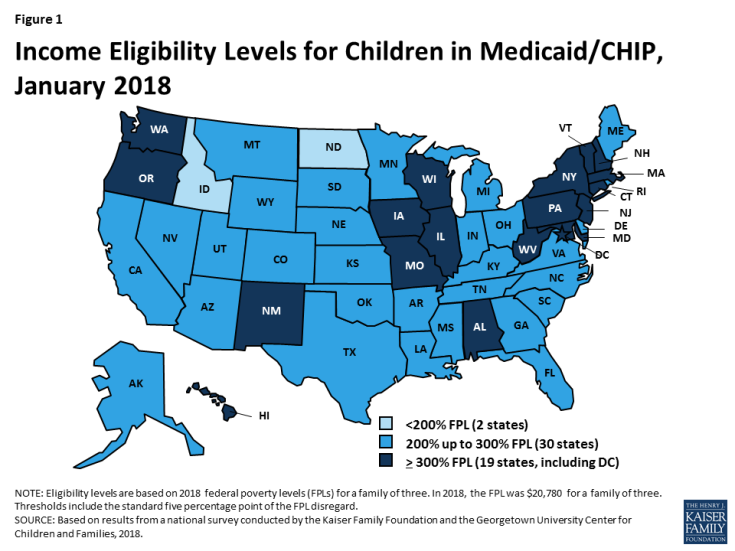 Over time, states have continued to take up options to expand coverage to targeted groups that primarily focus on children and pregnant women. These include options like expanding access to coverage for lawfully residing immigrant children and pregnant women without a five-year waiting period and covering dependents of state employees in CHIP. Many of these options were available to states before the ACA, but states have continued to take up these options since implementing the ACA to increase access to and minimize gaps in coverage. 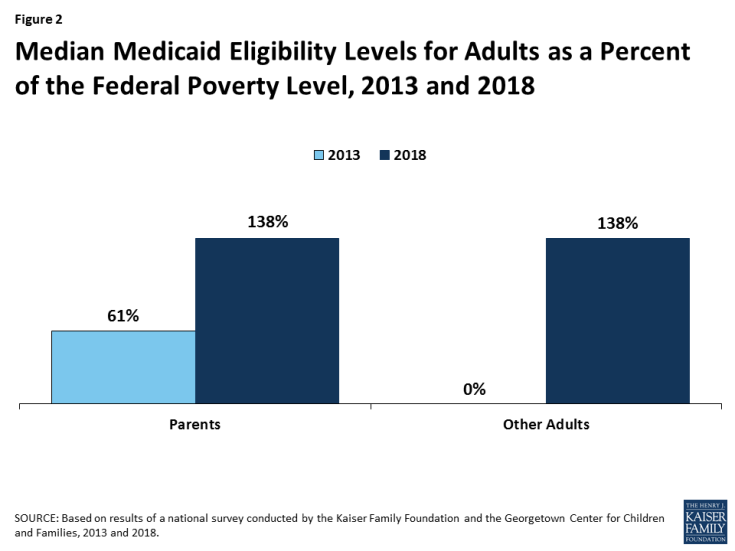 Figure 2: Median Medicaid Eligibility Levels for Adults as a Percent of the Federal Poverty Level, 2013 and 2018

In the 19 states that have not implemented the Medicaid expansion, eligibility for parents and other adults is very limited. In 17 of these states, parent eligibility is limited to less than the poverty level, including 11 states that limit parent eligibility to less than half of poverty, which is just over $10,000 per year for a family of three (Figure 3). Other adults remain ineligible for Medicaid regardless of their income in all of these states, except Wisconsin. In these states, 2.4 million poor adults fall into a coverage gap because they earn too much to qualify for Medicaid but not enough to receive subsidies for Marketplace coverage, which become available at 100% FPL.1 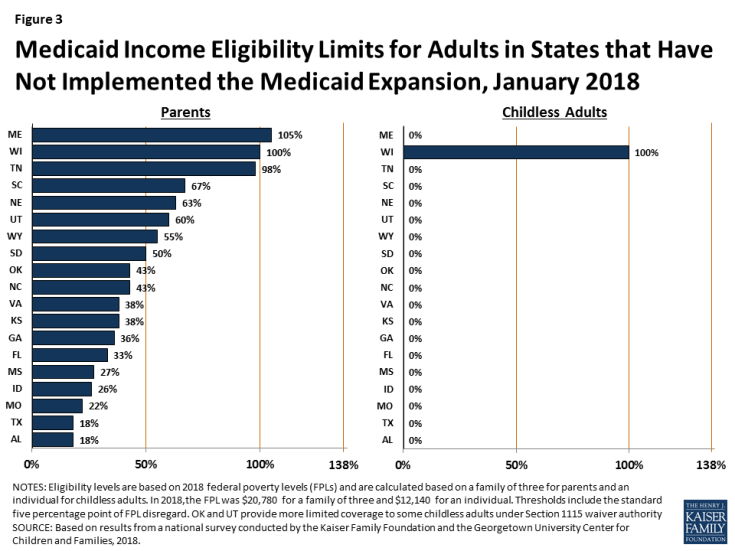 Figure 3: Medicaid Income Eligibility Limits for Adults in States that Have Not Implemented the Medicaid Expansion, January 2018

Eligibility remained largely stable during 2017, with a few states making changes. During 2017, Maine adopted the Medicaid expansion through a ballot initiative, but it has not yet been implemented. In addition, Utah increased parent eligibility from 45% FPL to 60% FPL and obtained a waiver that expanded coverage to a limited number of adults without dependent children with incomes below 5% FPL who have behavioral health needs. In contrast, at the direction of the state legislature, Connecticut reduced parent eligibility from 150% FPL to the Medicaid expansion limit of 138% FPL. Outside of these changes, a few states adopted targeted options to expand coverage, while others discontinued use of certain coverage options.

Under the ACA, most states have transformed their Medicaid and CHIP enrollment and renewal processes to provide a modernized, streamlined experience as outlined in the ACA. In addition to expanding Medicaid to low-income adults, the ACA established electronic data-driven, streamlined enrollment and renewal processes for Medicaid and CHIP across all states. The ACA also provided enhanced federal funding to support states in replacing or upgrading their antiquated eligibility systems to implement these new processes. Before the ACA, individuals could not apply for Medicaid by phone or online in many states and typically had to provide documentation like pay stubs and wait weeks for an eligibility determination. Further, they often had to repeat these steps at renewal. Through major investments of time and resources, most states have largely realized the streamlined processes established by the ACA. As of January 2018, individuals can apply for and renew Medicaid online or by phone in nearly every state (Figure 4). In 40 states, individuals can receive a real-time eligibility determination within 24 hours without having to submit pay stubs or documentation when the state can electronically verify information. Nearly all states also are using electronic data matches to renew coverage without the individual having to submit paperwork. 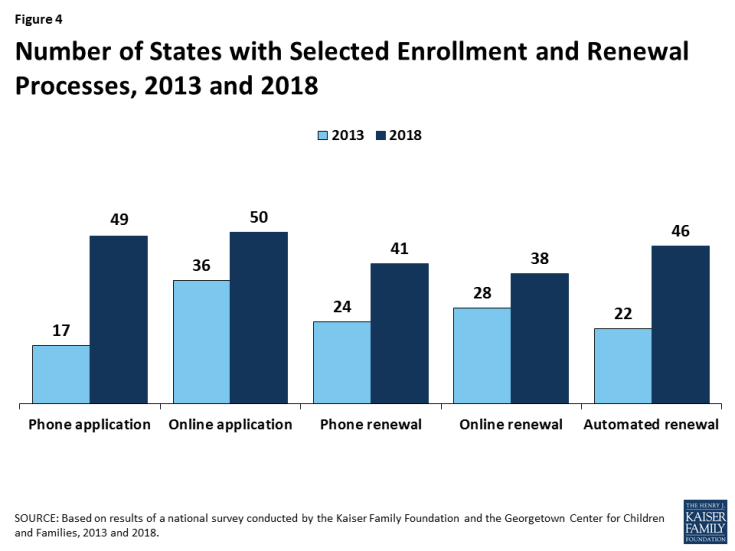 Figure 4: Number of States with Selected Enrollment and Renewal Processes, 2013 and 2018

In 2017, some states continued to advance enrollment and renewal processes, but states also focused attention and resources on other priorities. Some states continued to implement simplifications and enhancements to their processes and systems. Several additional states implemented real-time determinations or automated renewals and a few states continued progress to reintegrate Medicaid eligibility determinations for seniors and people with disabilities and non-health programs into their upgraded systems. Many other changes were incremental, such as expanding features of online applications and accounts and increasing the share of applications that receive real-time determinations. This leveling off of continued advancement in part reflects that states have largely achieved improved processes now that they are five years into implementation. However, other policy proposals over the past year, including proposals to repeal the ACA, change the financing and structure of Medicaid, and an extended gap in federal funding for CHIP, may have shifted attention away from the focus on improvements to enrollment and renewal processes.

Coverage for children and pregnant women will likely remain strong, bolstered by a ten-year extension in federal funding for CHIP. After a four-month lapse in funding, Congress extended federal funding for CHIP for ten years, providing states stable funding to maintain children’s coverage. The legislation also extended the MOE provision that requires states to maintain Medicaid and CHIP eligibility levels for children through 2027. After October 1, 2019, the MOE will only apply to children in families with income at or below 300% FPL (305% FPL after accounting for the five percentage point of income disregard) although states may keep current eligibility at a higher level and receive federal CHIP matching funds. The legislation continues the 23 percentage point enhanced federal match rate for CHIP established by the ACA through 2019, but phases down the match rate to the regular CHIP rate in 2021.

Proposals to make significant changes to Medicaid’s structure and financing are likely to continue to be debated. While efforts to cap and limit Medicaid financing stalled in 2017, proposals to restructure Medicaid and reduce federal spending are likely to reemerge. The President’s FY2019 budget proposes reductions to Medicaid and some Congressional leaders continue to express interest in reducing spending on entitlement programs, including Medicaid and Medicare. Changes to the financing and structure of Medicaid would have significant implications for the coverage gains achieved for children and adults to date. Moreover, uncertainty around the future of the program could limit state interest in continuing efforts to expand coverage and improve enrollment and renewal processes.

Waivers and other proposed changes require complex documentation and costly administrative processes for adults that run counter to simplified enrollment and renewal processes states have implemented under the ACA. Recently approved and proposed Section 1115 waivers include new restrictions and requirements for adults such as work requirements, premiums, cost sharing, time limits on coverage, drug screening and testing requirements, asset tests, more frequent redeterminations, waivers of reasonable promptness and retroactive eligibility, and lockout periods. In addition, the President’s FY2019 budget proposes to allow states once again to require individuals to meet an asset test and to provide documentation to verify citizenship and immigration status before receipt of Medicaid, although states already must verify citizenship and immigration status under current law. Research and previous state experience shows that such changes would likely create barriers for eligible individuals to obtain and maintain coverage and access needed care. They also will be complex and costly for states to implement. 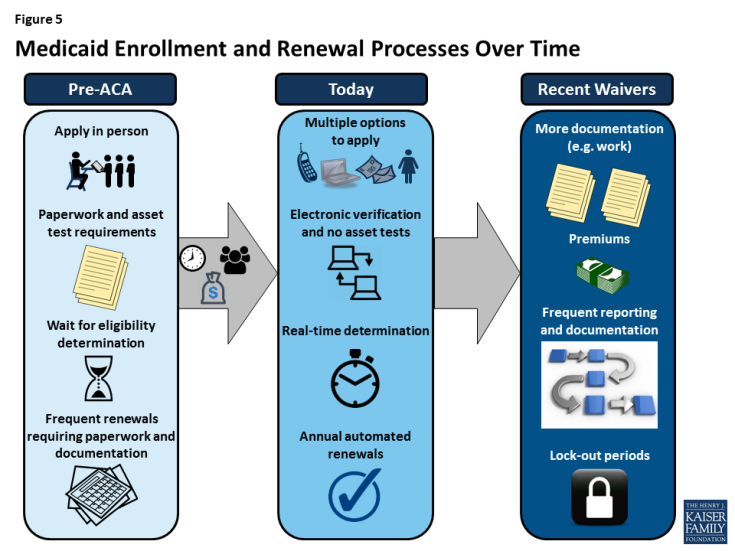 Taken together, the survey data show that Medicaid and CHIP continue to provide a strong base of coverage for our nation’s low-income children and pregnant women. There have been significant gains in eligibility for parents and other adults under the ACA Medicaid expansion, but gaps in coverage remain in states that have not implemented the expansion. Through major investments of time and resources, states have largely realized modernized, streamlined enrollment and renewal processes as outlined in the ACA, which have created a more consumer-friendly experience for individuals and reduced administrative burdens for states. Looking ahead, coverage for children and pregnant women will remain strong, bolstered by a ten-year extension in federal funding for CHIP. Opportunity remains for states to expand eligibility for parents and other adults by implementing the Medicaid expansion. States may continue to refine and enhance enrollment and renewal processes, but some states are seeking to include new requirements and restrictions for adults that require complex documentation and administrative processes, which would likely create barriers for eligible individuals to obtain and maintain coverage and access needed care.