In October 2018, in the run up to the midterm elections, KFF invited a group of journalists with a strong focus on health policy and state health reform to participate in a week-long fellowship focused on California’s health care landscape and the national implications of the state-level policy work there. The consolidation of hospitals and health systems, health insurance coverage, reproductive and family planning, as well as state demographic and economic data, were themes throughout the week. 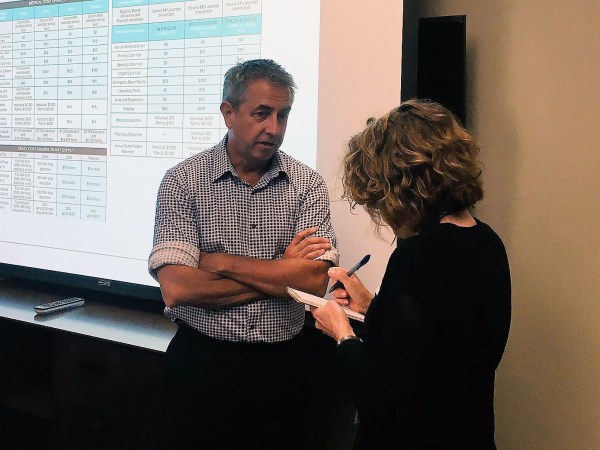 The site visits in San Francisco and Sacramento gave the journalists the opportunity to hear from a variety of experts and stakeholders on a number of issues, in particular how the state agencies have navigated health policy efforts in light of recent federal actions around the Affordable Care Act, state marketplaces, and Medicaid. The Director of California’s Department of Health Care Services, Jennifer Kent, as well as Mari Cantwell, the California State Medicaid Director, provided an overview of recent innovations and waivers in the state’s Medicaid program – MediCal — as well as their recent approval process with the Centers for Medicare and Medicaid Services under the Trump administration’s leadership.

The fellows also visited the state attorney general, Xavier Becerra, for a discussion on his office’s recent involvement in lawsuits with nationwide implications, including the Texas lawsuit against the Affordable Care Act. Peter Lee, the Executive Director of Covered California, provided an update on  expectations for Open Enrollment on the state marketplaces and the implications for recent federal actions around the ACA and insurance marketplaces on insurance coverage in the state. The journalists also had a working dinner with the Chief Medical Officer of Sutter Health and the CEO of the California Hospital Association for a conversation on health care costs and consolidation in the state.  One of the culminating sessions with members of the KFF Women’s Health Policy team and representatives from Essential Access Health and the National Women’s Law Center focused on the recent changes to federal funding of family planning, Medicaid, Title X, as well as the implications hospital consolidation could have on reproductive health.