In May 2015, the Foundation invited a group of journalists with a strong focus on health policy and state health reform to participate in a week-long fellowship program focused on how the Affordable Care Act is shaping Pennsylvania’s health care environment. The site visits in Harrisburg and Pittsburgh gave the journalists the opportunity to hear from a variety of experts and stakeholders on health care costs, health insurance enrollment and access, innovations in clinical care delivery, and health care market consolidation. The program included in-person interviews with the CEOs of the University of Pittsburgh Medical Center and Highmark Health — two companies locked in battle over Pittsburgh’s insurance and provider market — as well as a discussion with some of their customers. The visits also covered a range of issues including the challenges of providing care for the uninsured and underinsured, the implications of the change in Pennsylvania’s Medicaid expansion model, and future alternatives for the state’s health insurance marketplace.

The Kaiser Commission on Medicaid and the Uninsured published two fact sheets about Pennsylvania. One provides an overview of the state’s health care landscape, and the other describes Medicaid expansion in Pennsylvania. 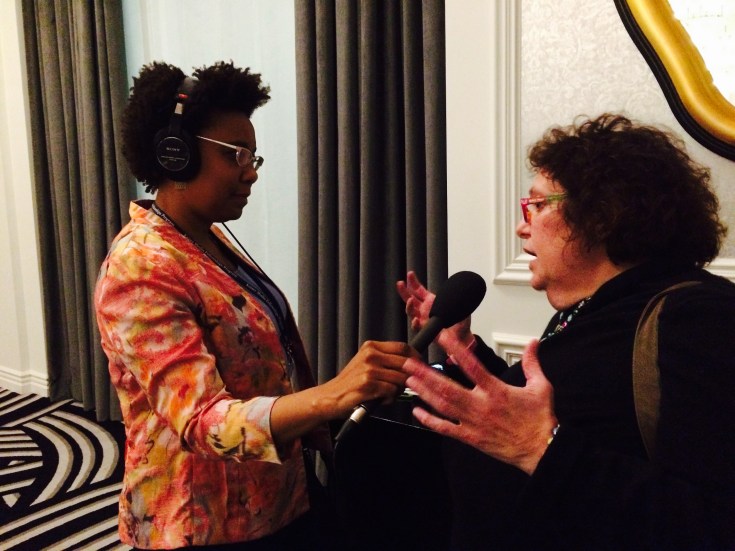 -“Is high-deductible insurance changing healthcare shopping habits?,” The Pulse, May 22, 2015

-“Romoff on Highmark, UPMC: ‘Two Goliaths in the ring. No one is likely to get killed, just injured’,” Pittsburgh Business Times, May 15, 2015

-“Highmark-UPMC divorce fallout could touch Harrisburg region,” The Patriot-News, May 28, 2015