MENLO PARK, CA – Twenty-five young gay men get real about HIV as part of #SpeakOutHIV, a  campaign from Greater Than AIDS. The group is encouraging people to break the silence around HIV on social media in the two weeks between National Gay Men’s HIV/AIDS Awareness Day (September 27) and National Coming Out Day (October 11).

Anchored by a series of powerful personal videos recorded by men who are 25 or younger, #SpeakOutHIV challenges people to post their own stories about HIV on YouTube and share through Twitter, Facebook and other social media platforms as part of a collective effort to promote more open discussion about the issue.

The campaign comes at a critical time. New HIV infections are rising among young gay men. The U.S. Centers for Disease Control and Prevention (CDC) reported a 22 percent increase in new infections among gay men ages 13-24 between 2008 and 2010. Overall, young gay men account for one in five new infections in the United States, a share far greater than their representation in the population.

“Despite the continued impact of HIV, gay and bisexual men are not talking about HIV even with those closest to them,” noted Tina Hoff, Senior Vice President and Director of Health Communication and Media Partnerships, Kaiser Family Foundation – a co-founding partner in Greater Than AIDS.  “#SpeakOutHIV is about promoting a more open dialogue about HIV in all aspects of life, in relationships, with health care providers and within the community generally.”

The young men featured in #SpeakOutHIV offer unfiltered, intimate accounts about how HIV has affected them and what they want others to know about the disease. They come from regions with high rates of HIV, including the South. The majority are men of color. About one third are HIV positive.

They created their videos with cellphones and other personal devices this month at a Speak Out digital storytelling workshop organized by Greater Than AIDS in Washington, DC.  “Once the courageous stories about coming out, HIV-diagnosis, isolation, self-esteem, and the like were shared, I learned from these young men that my story is not so uncommon,” said Jai, an HIV/AIDS educator from Dallas who helped facilitate the workshop and serves as a Greater Than AIDS Speak Out ambassador. “The stories and our shared experience linked us.”

#SpeakOutHIV is part of a broader Speak Out campaign, launched last fall by Greater Than AIDS, to engage the lesbian, gay, bisexual and transgender (LGBT) community in response to the silence and stigma surrounding HIV. The cross-platform campaign, which features HIV-positive and HIV-negative gay men, encourages more open communication about the disease in personal relationships, as well as with healthcare providers and within the community.

AIDS United, Black AIDS Institute and the National Alliance of State and Territorial AIDS Directors helped organize the workshop, along with the Kaiser Family Foundation. Funding was provided by the Ford Foundation and Elton John AIDS Foundation.

For more information about Greater Than AIDS and all the Speak Out elements, including #SpeakOutHIV, visit: www.greaterthan.org/speak-out.

Greater Than AIDS is a leading national public information response focused on the U.S. domestic epidemic. Launched in 2009, it is supported by a broad coalition of public and private sector partners, including: major media and other business leaders; federal, state and local health agencies and departments; national leadership groups; AIDS service and other community organizations; and foundations, among others. Through targeted media messages and community outreach, Greater Than AIDS works to increase knowledge, reduce stigma and promote actions to stem the spread of the disease. While national in scope, Greater Than AIDS focuses on communities most affected.

The Kaiser Family Foundation provides strategic direction and day-to-day management, in addition to overseeing the production of the campaigns. The Black AIDS Institute – a think tank exclusively focused on AIDS in Black America – provides leadership and expert guidance and supports community engagement. Additional financial and substantive support is provided by the Elton John AIDS Foundation and Ford Foundation, among others. 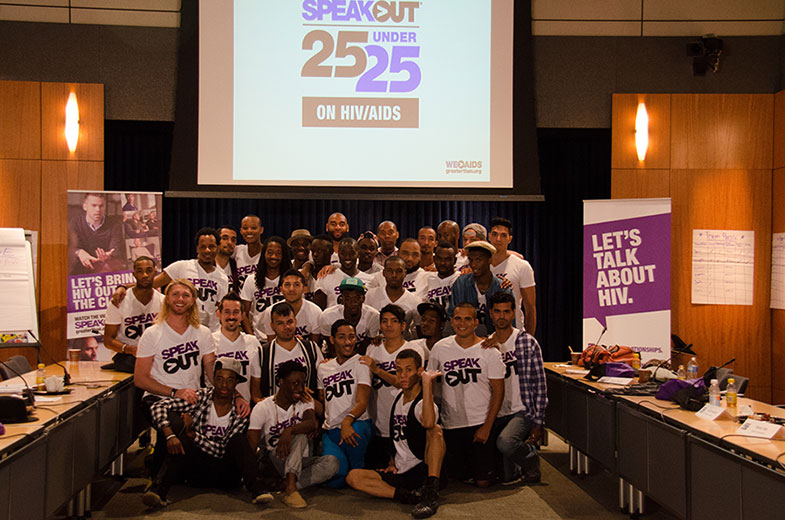