Latinos in the United States continue to be impacted by HIV/AIDS, having higher rates of both new HIV infections and people living with HIV disease than their white counterparts.1,2,3,4  Latino youth and gay and bisexual men have been particularly affected, and the epidemic’s impact varies across the country. Moreover, a number of challenges contribute to the epidemic in Latino communities, including poverty, injection drug use, stigma and discrimination, limited access to health care, and language or cultural barriers in health care settings.5  As the largest and fastest growing ethnic minority group in the U.S., addressing HIV in the Latino community takes on increased importance in efforts to address the epidemic across the country.

Snapshot of the Epidemic 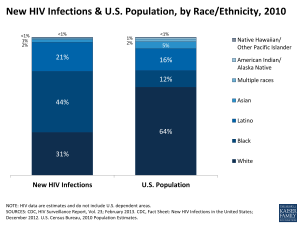 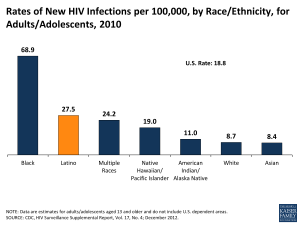 Among Latinos, men who have sex with men are heavily affected by HIV: 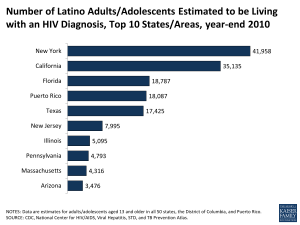 Number of Latino Adults/Adolescents Estimated to be Living with an HIV Diagnosis, Top 10 States/Areas, year-end 2010

Although HIV diagnoses among Latinos have been reported throughout the country, the impact of the epidemic is not uniformly distributed: