The Kaiser Health Policy News Index is designed to help journalists and policymakers understand which health policy-related news stories Americans are paying attention to, and what the public understands about health policy issues covered in the news. This month, over six in ten (62 percent) report following news coverage of long waiting lists for those seeking medical care at some Veterans Affairs (VA) medical facilities “very” or “fairly closely,” making this the most closely-followed health policy story so far this year. Most of the public sees the reports of long wait-times at VA facilities as a sign of widespread problems throughout the VA system, and most of those living in military households believe the health care veterans get at the VA is worse than the care they would get from private doctors and hospitals. Other health–related news stories were followed by smaller shares of the public this month, with just over a third following the decision by some states to switch from a state-run marketplace to the federal marketplace, and about a quarter following the release of 2015 health insurance premium rates and the Senate confirmation of Sylvia Burwell as Secretary of Health and Human Services.

Reports about long waiting times for those seeking care at some Veterans Affairs (VA) medical facilities captured a significant share of the public’s attention this month.  Over six in ten (62 percent) report following the story “very” or “fairly” closely, making it the most closely followed health policy story so far in 2014. Just behind this, two stories about the ACA earlier this year were followed by over half of Americans, including coverage in May about how many people enrolled in health insurance options under the ACA (58 percent) and the announcement in February that some employers would have an extra year to comply with the ACA’s employer mandate (56 percent). Over the past six months, larger shares of the public reported following non-health stories, such as news about the missing Malaysia Airlines flight in March (77 percent), the May news about the kidnapping of schoolgirls in Nigeria (69 percent) and the March coverage of the conflict between Ukraine and Russia (68 percent). 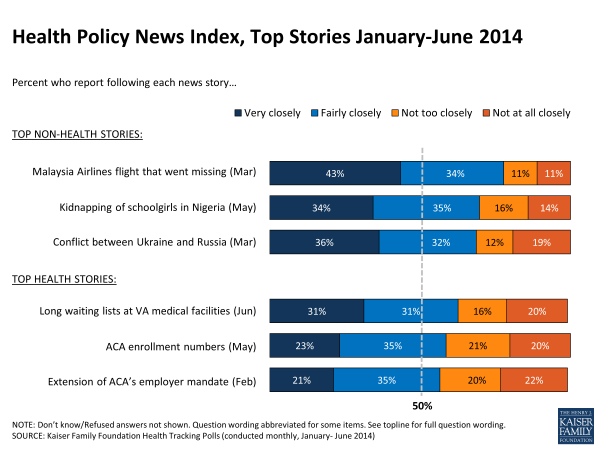 When asked about the reports of long waiting lists at some VA medical facilities, a majority of the public (63 percent) thinks they are signs of widespread problems throughout the VA system, while about two in ten (22 percent) say that long waiting times are isolated to a few facilities. People living in households with someone who has served in the U.S. military and those who report closely following news coverage of VA wait times are even more likely than the general public to believe the problems are widespread (71 percent and 74 percent, respectively). 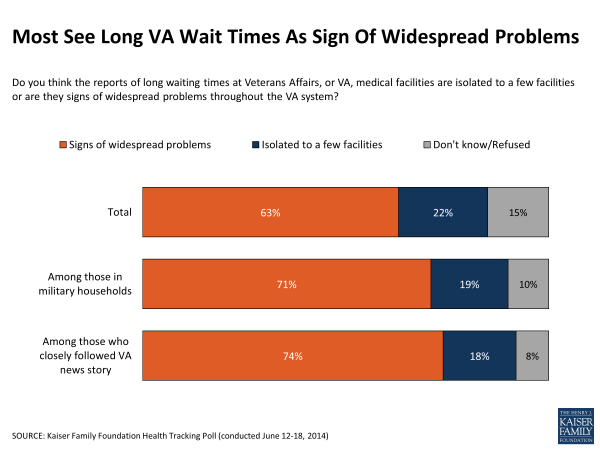 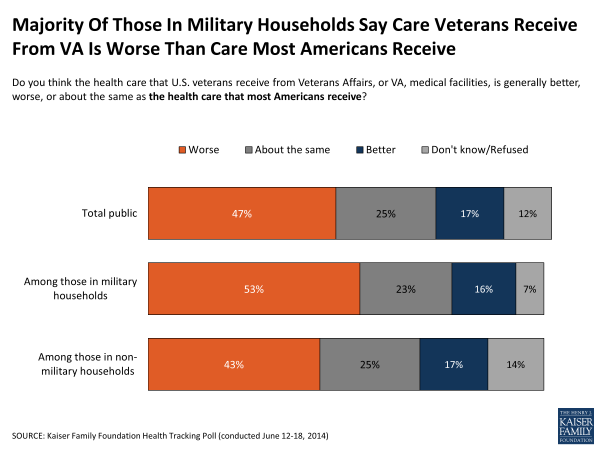 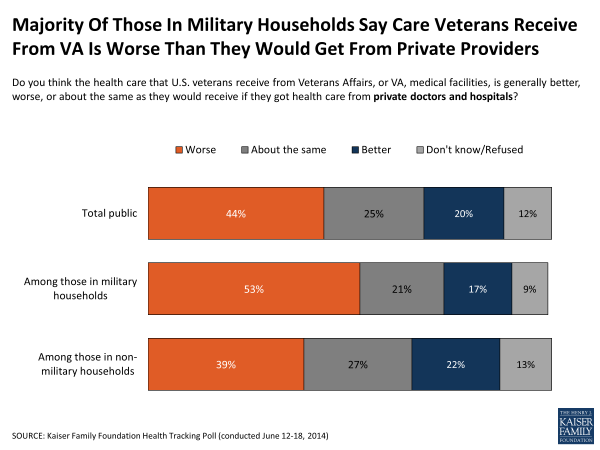 Although over six in ten say they closely followed coverage about the VA wait times, a smaller share (41 percent) correctly answered that General Eric Shinseki resigned as Secretary of Veterans Affairs, while about one in ten each believe Shinseki was fired (12 percent) or that he is still the Secretary (10 percent).  A large portion (37 percent) say they do not know Shinseki’s status.

The only news story followed by a larger share of the public than the VA story this month was news about the release of U.S. prisoner of war Bowe Bergdahl, followed by about two thirds (65 percent) of the public. Behind these top two news stories, a majority of Americans (54 percent) report closely following the deadly shootings by a college student near Santa Barbara, CA.  Other health policy stories were followed by much smaller shares of the public, including news about some states’ decisions to switch from a state-run health insurance marketplace to the federal marketplace (36 percent), the release of 2015 health insurance premium rates by insurers in some states (27 percent), and the Senate confirmation of Sylvia Burwell as the new Secretary of Health and Human Services (23 percent).  In other non-health news, just over a third (36 percent) report closely following the results of Virginia’s primary election where House Majority Leader Eric Cantor was defeated by Tea Party-backed candidate Dave Brat, and around a quarter (27 percent) say they closely followed news of the soccer World Cup1. 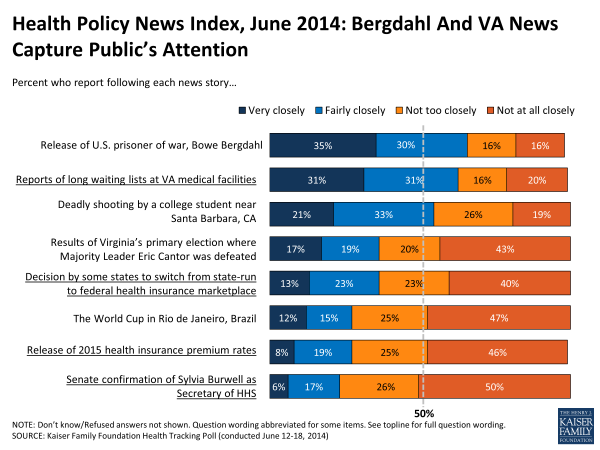