The Kaiser Health Policy News Index is designed to help journalists and policymakers understand which health policy-related news stories Americans are paying attention to, and what the public understands about health policy issues covered in the news. This month’s Index finds that the implementation of the Affordable Care Act (ACA) was the most-closely followed health policy news story this month, ranking behind news of the U.S. economy, but ahead of news about the Winter Olympics and President Obama’s State of the Union address in late January. The survey also finds that the news media is by far the public’s top source of information on the ACA, and that more say their impression of the law is based on what they’ve heard in the media than on their own experiences or those of their family and friends. The public continues to say that the media’s coverage of the law has focused more on politics and controversies than the impact on people. A plurality feel coverage is balanced but more feel it is biased against the law than for it.

Six weeks after the start of new coverage options under the ACA, news about the implementation of the law tops the list as the health policy news story followed most closely by the public, with nearly six in ten (58 percent) saying they followed the implementation “very” or “fairly” closely. More specifically, 56 percent say they closely followed the announcement that some employers will have an extra year to comply with the health care law’s insurance mandate. In comparison, about seven in ten Americans (69 percent) say they closely followed news about the condition of the U.S. economy. Nearly half of the public reports closely following two other health policy stories this month:  the pharmacy chain CVS’s decision to stop selling tobacco products and a Congressional Budget Office report about the health care law’s impact on employment (48 percent each); these are similar to the shares who say they followed news about the Winter Olympics and Congressional debates about immigration reform (47 percent each). Slightly fewer report closely following coverage of state lawmakers’ decisions whether to expand Medicaid and discussion of the health care law in the 2014 midterm elections (43 percent each). The least closely-followed health policy news story this month was the Republican-proposed alternative to the health care law (35 percent). 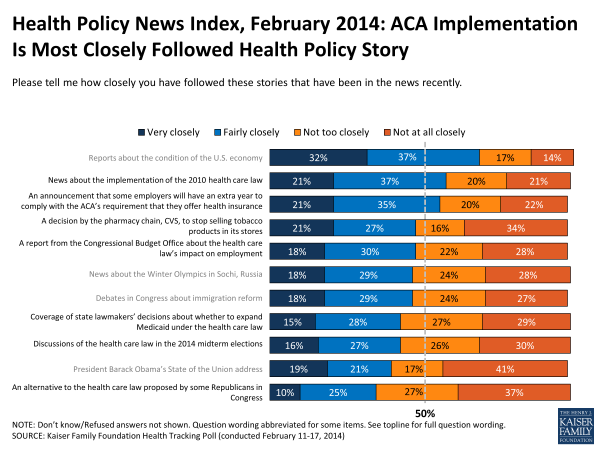 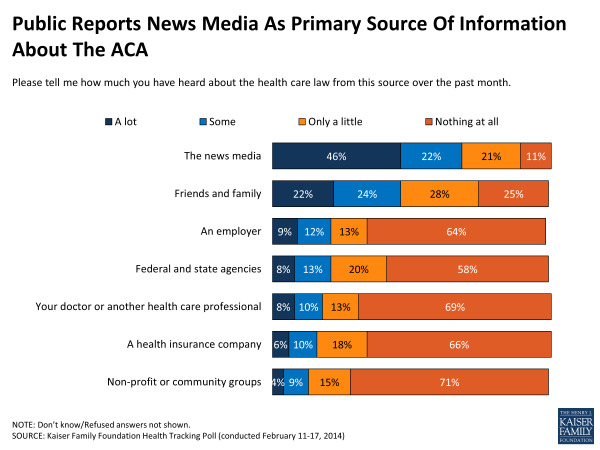 In addition to being the main source of information about the health care law, a plurality of the public say their impression of the law is based mainly on what they’ve seen or heard on television, radio and in newspapers (44 percent), compared with just under a quarter (23 percent) who say their impression is based on their own experience and 18 percent who say it’s based on what they’ve learned from friends and family. 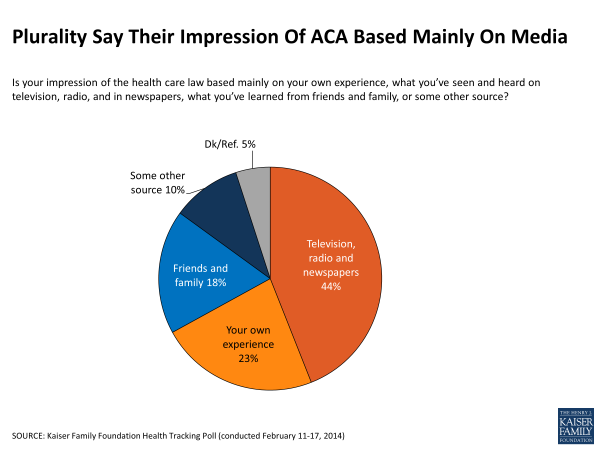 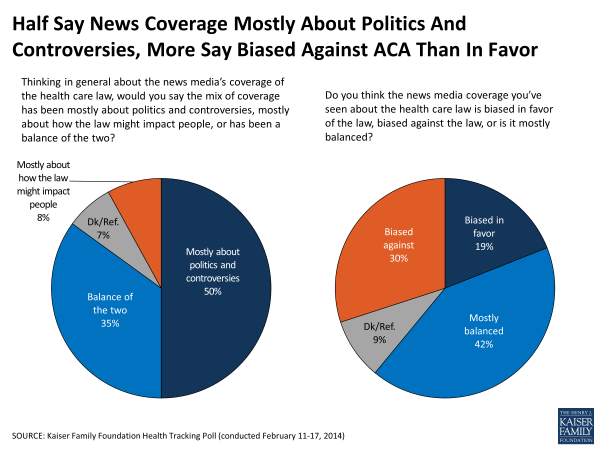