Several legislative proposals in Congress propose a $35 per month cap on what people with health insurance would have to pay out of pocket for insulin, a life-saving hormone taken regularly by many people with diabetes to maintain their health.

Such a cap could provide financial relief to at least 1 out of 5 insulin users with different types of private health insurance, a new KFF analysis of insurance claims data finds.

In the large employer market, 19% of people who take insulin spend an average of more than $35 per month ($420 annually) for insulin, the analysis shows. The shares are even higher for insulin users covered through the small group market (31%) and individual market (26%).

People in small group plans may face higher out-of-pocket costs for insulin because such coverage is generally less comprehensive than in large employer plans, and there is no reduced cost-sharing for low-income people as there is for individual market plans purchased through the Affordable Care Act’s marketplaces. 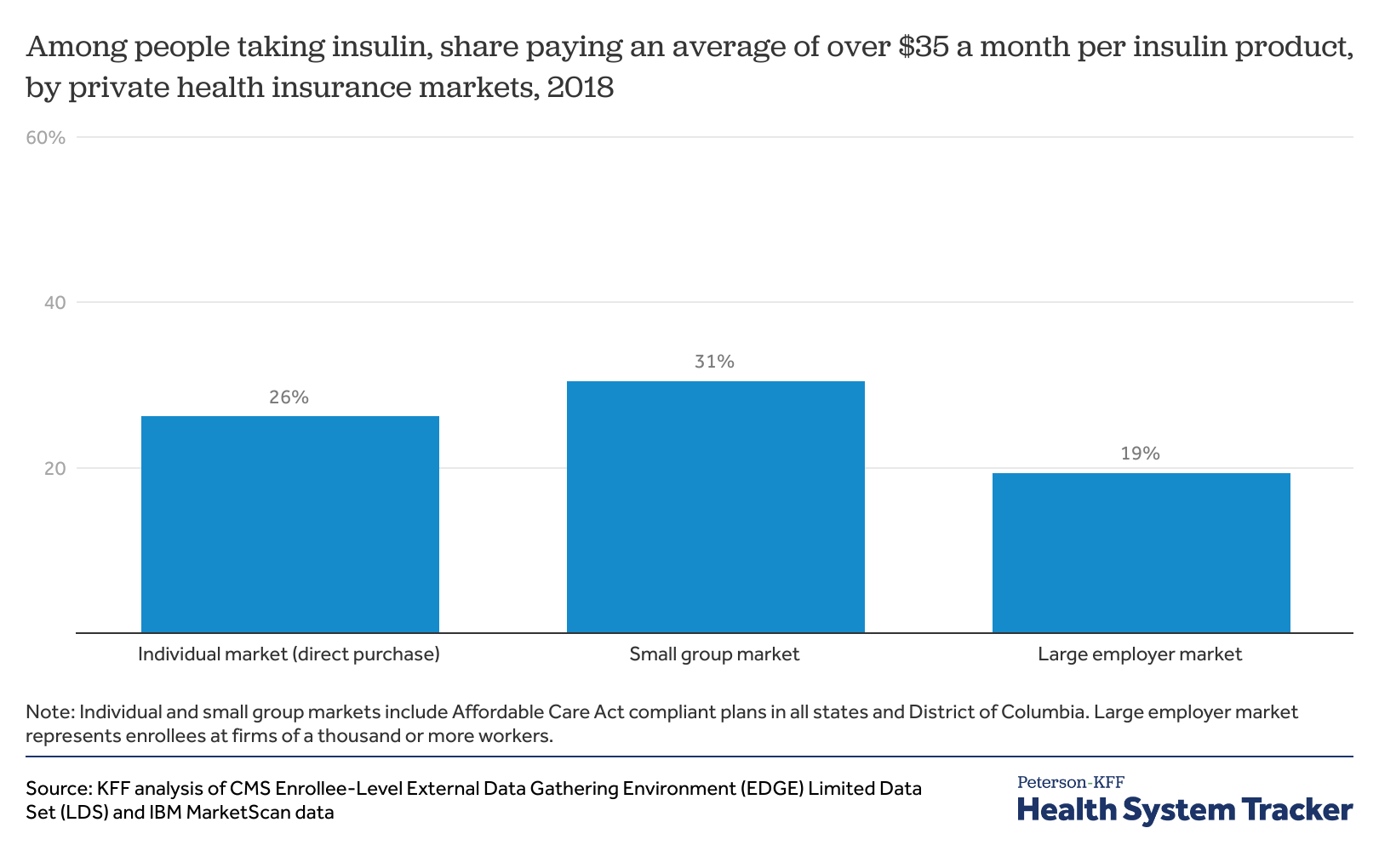 The $35 per month cap on insulin out-of-pocket costs is the main provision in the Affordable Insulin Now Act, introduced in February 2022 by Sen. Raphael Warnock, and one of many drug-pricing provisions in the Build Back Better Act, which passed the House last year but stalled in the Senate.

The report analyzes 2018 claims data from the Centers for Medicare and Medicaid Services EDGE data for the individual and small-group markets and the IBM Health Analytics MarketScan Commercial Claims and Encounters Database for the large-employer market. It is available through the KFF-Peterson Health System Tracker, an online information hub dedicated to monitoring and assessing the performance of the U.S. health system.