Black Adults, Those in Poor Health, and People Living with Disabilities are Most Likely to Carry Significant Medical Debt

The analysis is based on data from the 2020 Survey of Income and Program Participation, a nationally representative survey that asks every adult in a household whether they owed money for medical bills in 2019 and how much they owe. It looks at people with medical debt of more than $250. 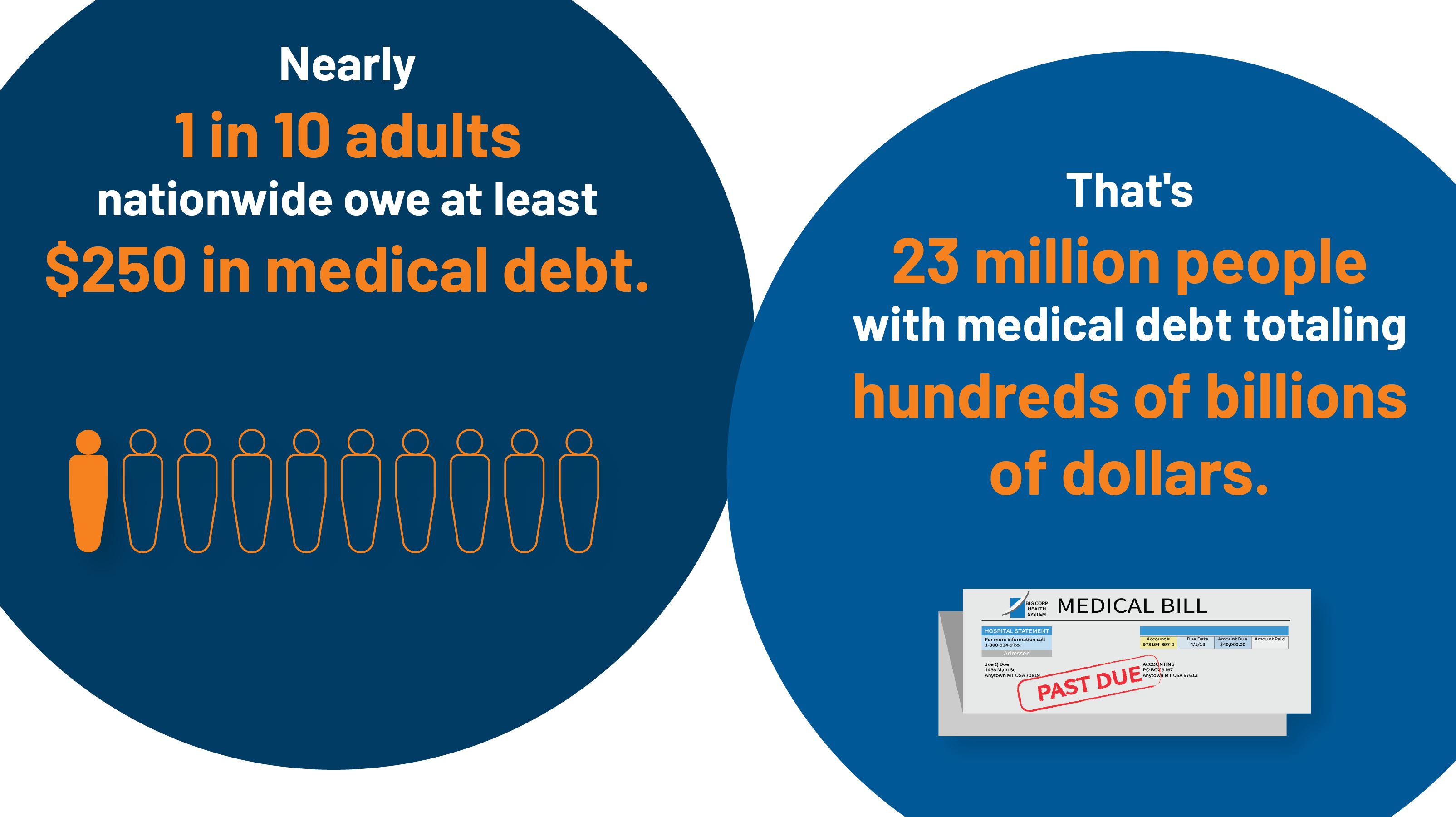 The 2020 survey suggests Americans’ collective medical debt totaled at least $195 billion in 2019, though with quite a bit of uncertainty. A small share of adults account for a huge share of the total, with considerable variation from year to year. The estimate is significantly higher than other commonly cited estimates, which generally rely on data from credit reports that may not capture medical debts charged to credit cards or included in other debts rather than being directly owed to a provider.

It’s not yet clear how the pandemic and resulting recession affected medical debt. Many people lost jobs and income early in the pandemic, which could have led to more difficulty affording medical care. At the same time, many people delayed or went without care, so fewer people may have been exposed to costly medical care. Shifts in insurance coverage and COVID-related cost-sharing waivers could also affect what people had to pay out-of-pocket.

The first finds that many households do not have enough money available to cover the cost of a typical deductible in a private health plan. For example, about a third (32%) of single-person households with private insurance in 2019 could not pay a $2,000 bill, and half (51%) could not pay a $6,000 bill.

The second finds that lower-income families (less than twice the federal poverty level) who have employer health coverage spend a tenth of their income on health care on average, including both their share of the premium and their out-of-pocket costs.

The new analyses are available through the KFF-Peterson Health System Tracker, an online information hub that monitors and assesses the performance of the U.S. health system.