A new KFF analysis finds donor government support for global family planning efforts totaled US$1.50 billion in 2018, up 19 percent from 2017 (US$1.26 billion) – and the highest level since tracking efforts began following the London Summit on Family Planning in 2012. Since 2012, total donor government funding for family planning has risen by more than US$400 million. Funding for family planning supports a range of activities including contraceptives, information, education and communication activities; and capacity building and training. 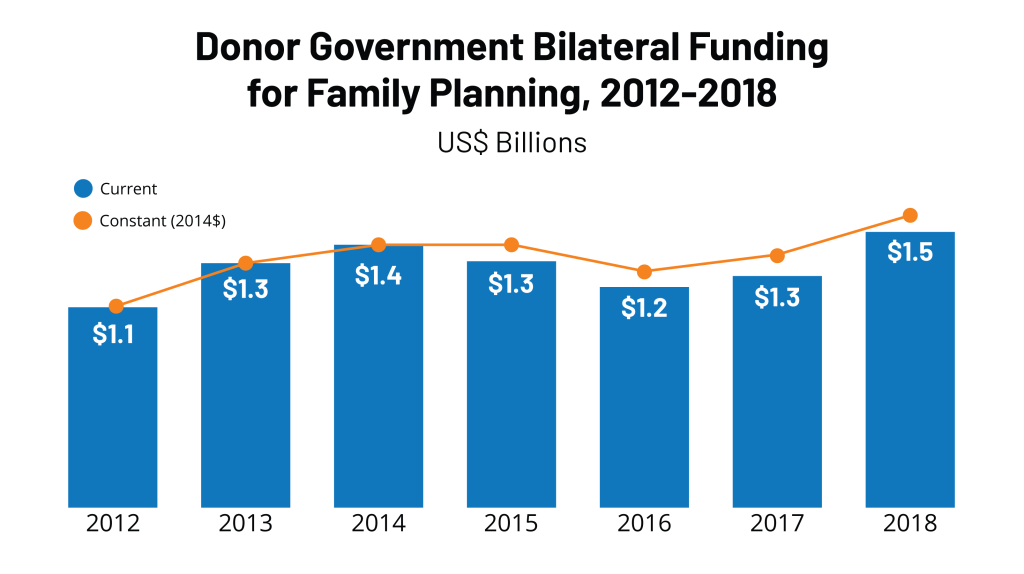 Funding from the United States, the world’s largest donor, rose from US$488.7 million in 2017 to $630.6 million in 2018, although this increase is largely due to the timing of disbursements and does not reflect an actual increase in U.S. appropriations by Congress, which have been flat for several years.

Among the 10 largest donor governments, seven increased funding in 2018 (Canada, Denmark, Germany, the Netherlands, Norway, the UK, and the US) and three decreased (Australia, France, and Sweden).

While the majority of donor government assistance for family planning is provided bilaterally, donors also provide support for family planning activities through contributions to the United Nations Population Fund (UNFPA). The analysis finds that donor governments provided US$373.9 million in core contributions to UNFPA, an increase of US$29.5 million (9%) compared to 2017 (US$347.8 million). In 2018, the U.S. administration invoked the Kemp-Kasten amendment to withhold funding from UNFPA for the second year in a row.

Results of this analysis are also included in the annual progress report from FP2020, a global partnership to monitor progress toward the 2012 London Summit on Family Planning goals to expand contraceptive access to an additional 120 million women and girls in low- and middle income countries by 2020.