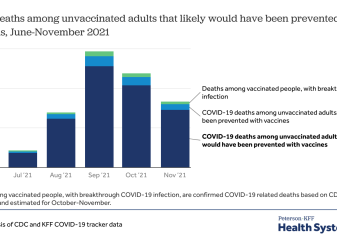 COVID-19 preventable mortality and leading cause of death ranking

This updated analysis finds that in November 2021, COVID-19 ranked as the 3rd leading cause of death in the U.S., up from 7th in July, due to the more infectious delta variant, insufficient vaccination, and reduced social distancing. At least 163,000 deaths from COVID-19 between June and November could have been prevented with vaccines. 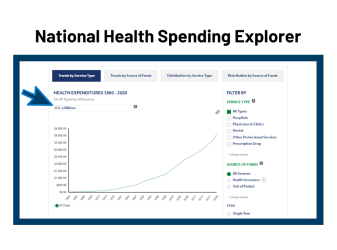 The Health Spending Explorer on the Peterson-KFF Health System Tracker helps users examine five decades worth of numbers documenting expenditures by federal and local governments, private insurers, and individuals on 15 categories of health services, including hospitals, physician and clinic care, and prescription drugs.