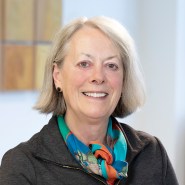 Prior to KFF, Ms. Duckham was the director of communications for The Commonwealth Fund, a national philanthropy based in New York City. She worked for several years in London for the U.K. Consumers’ Association and in Brussels, in the private office of the President of the European Economic Communities Commission; and as a freelance writer on social policy issues.  Educated in England, Ms. Duckham graduated from the University of Oxford with a first class honors degree in modern history.