The October Kaiser Health Tracking Survey continues our efforts to track attitudes towards a national health plan, sometimes referred to as a “single-payer plan” or “Medicare-for-all,” in which all Americans would get health insurance from a single government plan. About half of the public (53 percent) favor having a national health plan, while 44 percent oppose such a plan. Support for such a proposal is largely driven by Democrats with three-fourths (73 percent) favoring such a plan, of which nearly half (46 percent) say they “strongly favor” it. On the other hand, seven in ten (71 percent) Republicans oppose such a plan, including more than half (55 percent) of Republicans who say they “strongly oppose” it. Independents are more divided with a slightly larger share favoring a national health plan than opposing it (55 percent vs. 43 percent). 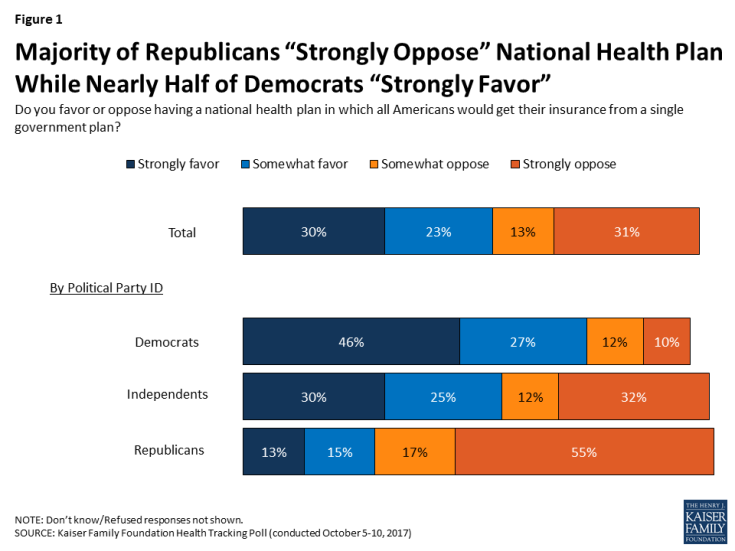 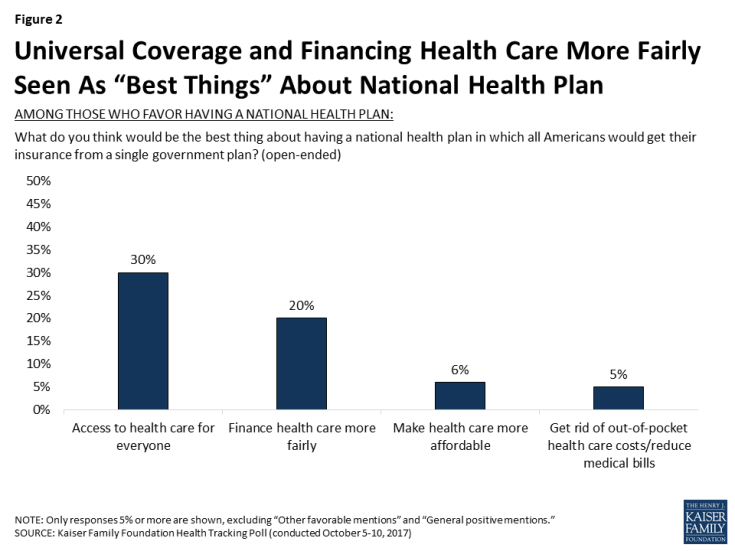 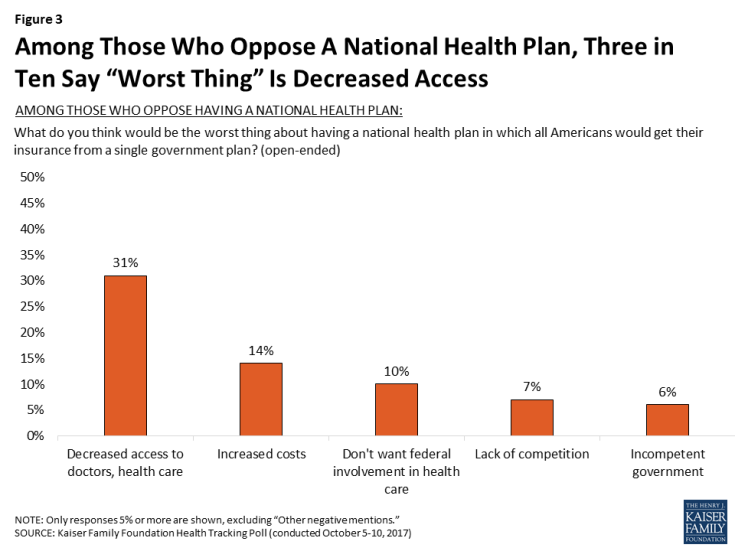 Figure 3: Among Those Who Oppose A National Health Plan, Three in Ten Say “Worst Thing” Is Decreased Access

The Perceived Impact of Implementing a National Health Plan 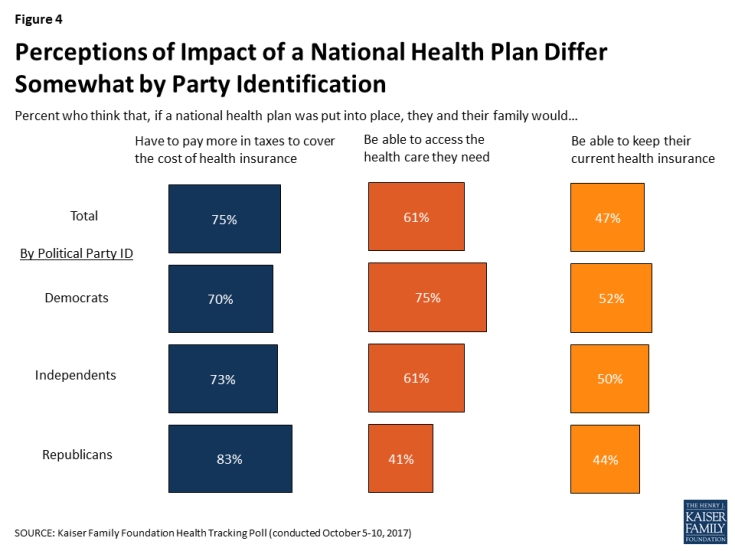