The Kaiser Family Foundation (KFF) has been tracking public opinion on the U.S. role in global health for the last decade. Now, more than two years into President Trump’s administration, the April 2019 KFF Health Tracking Poll examines whether this period, which has been marked by a changing U.S. stance toward international affairs, has shifted the public’s attitudes on these key issues. Has, for example, the administration’s promotion of an “America first” approach, which has included proposed cuts to U.S. global health programs, affected the public’s support for U.S. engagement to improve the health of those in low and middle income countries? Here we provide an overview of our latest findings, and also look at whether there have been any changes over time.

Americans’ Views on the U.S. Role in World Affairs and Global Health

NEW: About 6 in 10 Americans say the U.S. should play at least a major role in improving health for people in developing countries, though most Republicans do not. Learn more in this @KaiserFamFound #globalhealth polling data note

Consistent with previous KFF polling our latest poll finds broad support (68 percent) for the U.S. playing at least a major role in world affairs (Figure 1), and six in ten (58 percent) believing the U.S. should play a “leading role” or “major role” in improving health for people in developing countries (Figure 2). In the latter case, larger shares of Democrats (70 percent) say they want the U.S. to take at least a major role compared to Republicans (37 percent) or independents (55 percent). 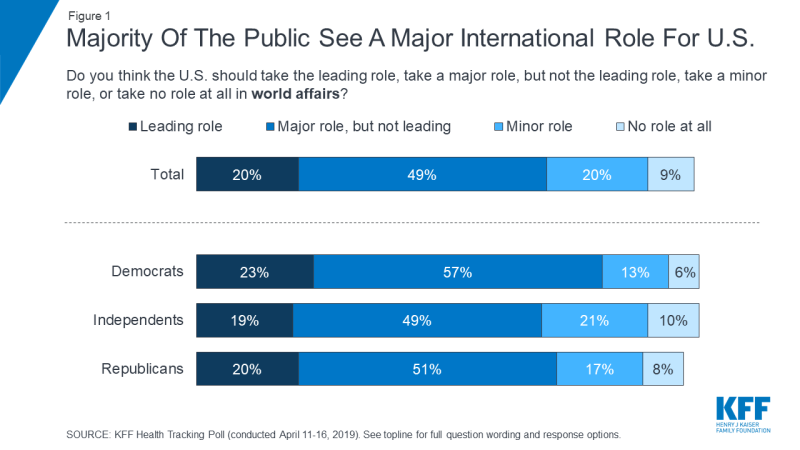 Figure 1: Majority Of The Public See A Major International Role For U.S. 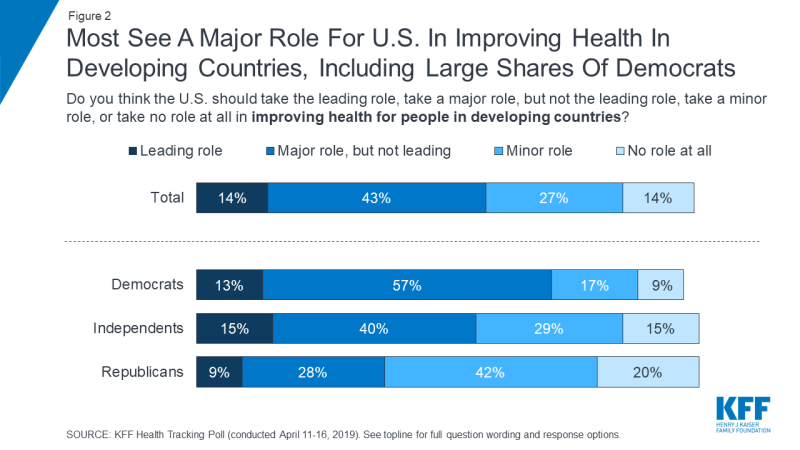 Figure 2: Most See A Major Role For U.S. In Improving Health In Developing Countries, Including Large Shares Of Democrats

About half of the public (49 percent) think the U.S. is spending “too much” on foreign aid, similar to previous KFF poll findings (we have also found that the public greatly overestimates what is spent on foreign aid. See: https://www.kff.org/global-health-policy/poll-finding/americans-views-on-the-u-s-role-in-global-health/). However, when asked about U.S. spending specifically on efforts to improve health in developing countries, a much smaller proportion (29 percent) say the U.S. is spending “too much,” with a majority saying U.S. spending is “about the right amount” (31 percent) or “too little” (29 percent) (Figure 3). 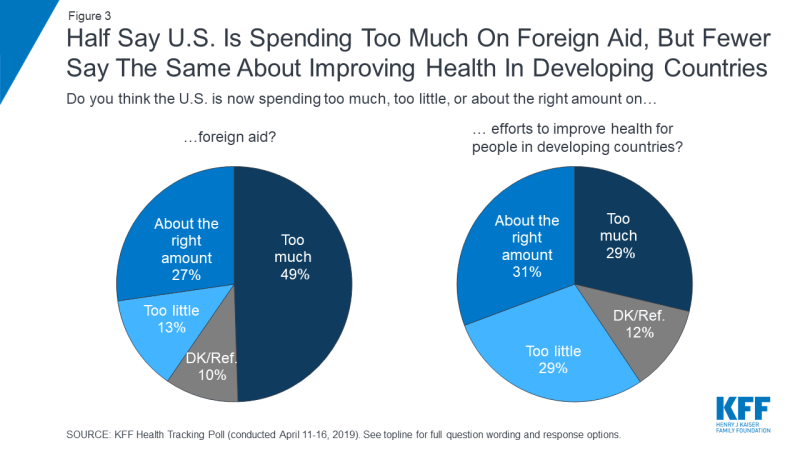 Figure 3: Half Say U.S. Is Spending Too Much On Foreign Aid, But Fewer Say The Same About Improving Health In Developing Countries

Americans’ Views on the Trump Administration and Global Health 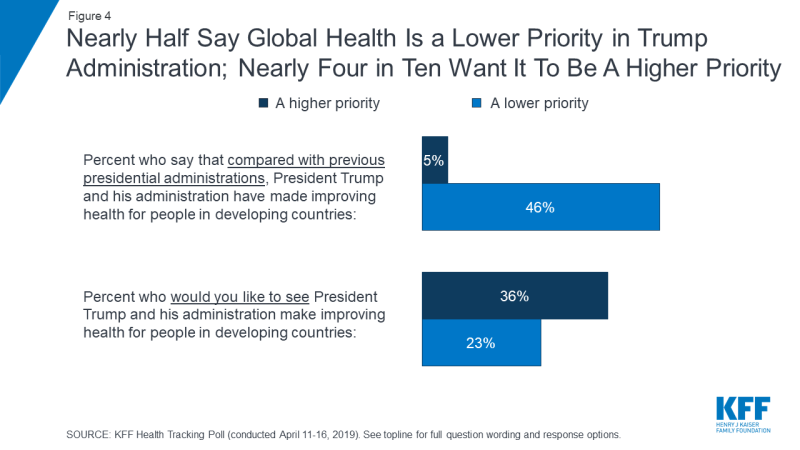 Figure 4: Nearly Half Say Global Health Is a Lower Priority in Trump Administration; Nearly Four in Ten Want It To Be A Higher Priority 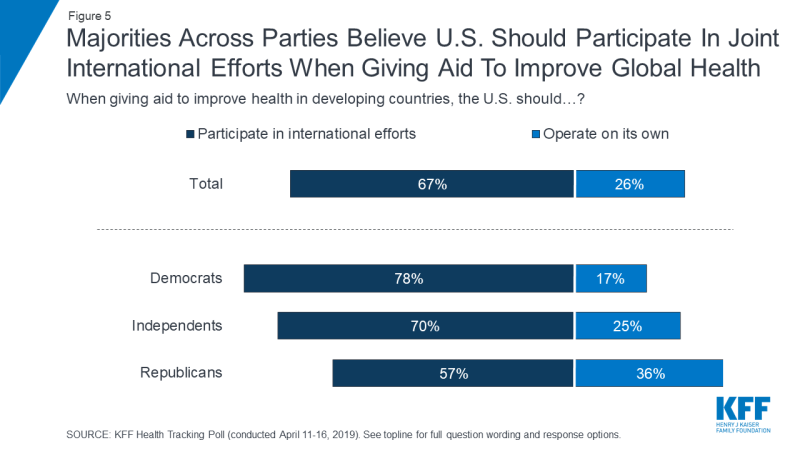 In fact, over the last ten years, the public has become even more in favor of U.S. participation in joint international efforts (Figure 6). In 2009, 55 percent of Americans expressed that opinion, compared to 67 percent in our most recent KFF Health Tracking Poll. The share saying the U.S. should operate on its own decreased from 39 percent to 26 percent over that same time period. These views are at odds with the current direction of the administration, which has moved to reduce U.S. engagement in joint international efforts and initiatives. 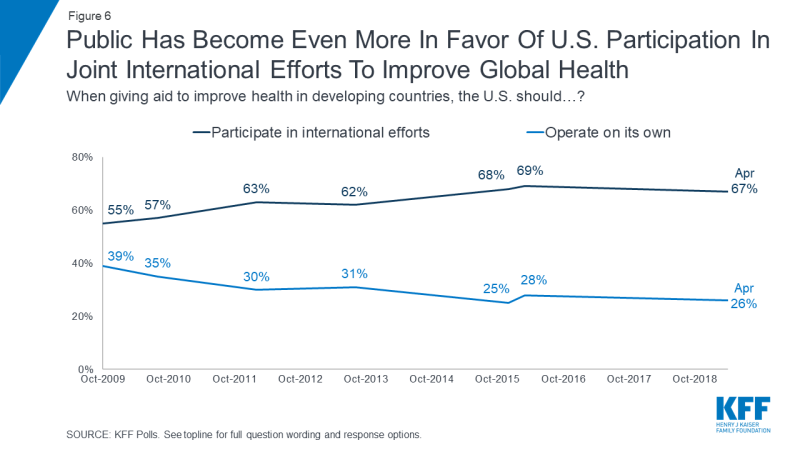 Figure 6: Public Has Become Even More In Favor Of U.S. Participation In Joint International Efforts To Improve Global Health

At the same time, there has been an increasing partisan divide regarding views of U.S. spending on global health. In 2009, one-fourth (23 percent) of Republicans and one in seven (14 percent) Democrats said they felt the U.S. was spending “too much” on efforts to improve health for people in developing countries. Ten years later, the share of Republicans who express this view grew 17 percentage points (up to 40 percent) while among Democrats, the share is still about one in seven (17 percent) (Figure 7). 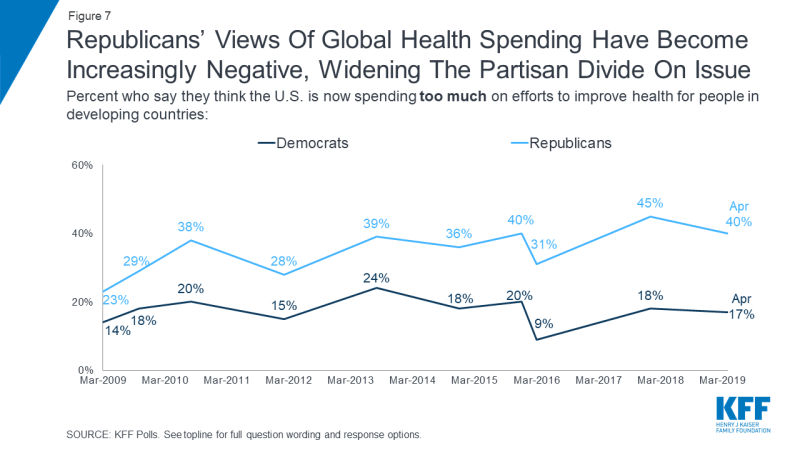