The Growth of Private Plans in Medicare, 2006

, details the different types of private plan options available to people on Medicare. These include Medicare Advantage plans (such as Medicare HMOs, PPOs and private fee-for-service plans) and new stand-alone prescription drug plans.• In 2006, all Medicare beneficiaries have access to at least one type of private Medicare Advantage…

This updated chartpack presents sources of supplemental and prescription drug coverage among Medicare beneficiaries in 2007, the most recent year for which national data are available. The chartpack looks at variations in supplemental and prescription drug coverage by income, race/ethnicity, age, urban/rural location, and health status. It also examines characteristics…

Based on interviews with senior executives at 14 large firms, the issue brief finds that insurers anticipate continuing to offer Medicare Advantage plans in 2012, in part because of a Medicare demonstration project that will award bonus payments to plans based on their quality standards. A companion issue brief examines…

Papers on Issues For People With Medicare Raised By Proposed Drug Benefit RegulationsThe Kaiser Family Foundation has commissioned a series of papers to explore key issues that may be of concern for Medicare beneficiaries as the new Medicare drug benefit is implemented. These papers focus on specific areas of potential…

This brief describes how the new board created under the 2010 health reform law is expected to limit the growth in Medicare spending over time. Starting in 2014, if projected per capita Medicare spending exceeds targets set in the law, the board must recommend ways to reduce Medicare spending, while… 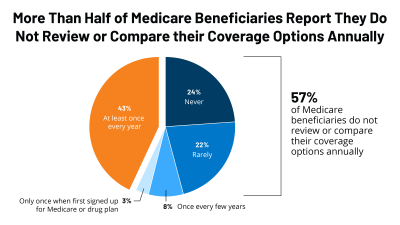