Customers access telecontraception platforms through web browsers or through phone apps. Clients create an account and fill out a health questionnaire that is meant to screen for birth control contraindications, such as a history of strokes, a recent pregnancy, high blood pressure and smoking status. Customers must also report a recent blood pressure reading. Depending on the state, a healthcare provider reviews these questionnaires once submitted or has a video consultation with the customer to determine whether the client is a good candidate for contraception. Research has found that telecontraception platforms generally screen adequately for these contraindications.

All telecontraception platforms offer oral contraceptives and many also offer the contraceptive patch and contraceptive ring. Platforms offer a variety of brands and generic equivalents, and most offer a $10 to $15 per month oral contraception option. Clients pick their preferred contraceptive method and depending on the company, can use private insurance or Medicaid to cover the prescription or pay out of pocket. Most companies also charge an additional consultation fee that covers the medical consultation and other services and is often not billed to insurance and must be covered out-of-pocket by the client. This can range from a $15 consultation fee to a $99 yearly membership that typically covers the medical evaluation and customer support for the duration of the prescription. Clients can obtain a new prescription for contraception or have an existing prescription mailed directly to their home or a local pharmacy for pickup.

Telecontraception is marketed as a convenient way for people to quickly access a prescription for birth control without leaving their home. All the companies that responded said they provide asynchronous (e.g., store-and-forward) telehealth (n = 10), which involves a patient sending their information through a questionnaire or form that can be viewed by a medical provider at a later time. Seven of these companies also provide synchronous (e.g., live video-conferencing) telehealth services that involves real-time interaction between the patient and medical provider (Figure 1). 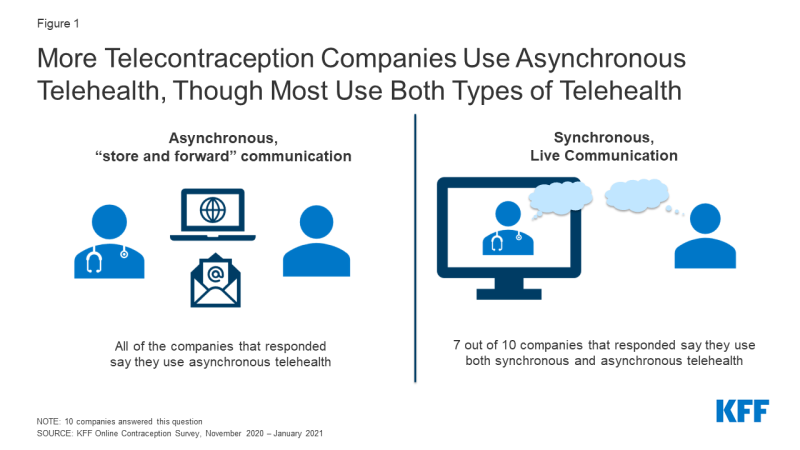 Figure 1: More Telecontraception Companies Use Asynchronous Telehealth, Though Most Use Both Types of Telehealth 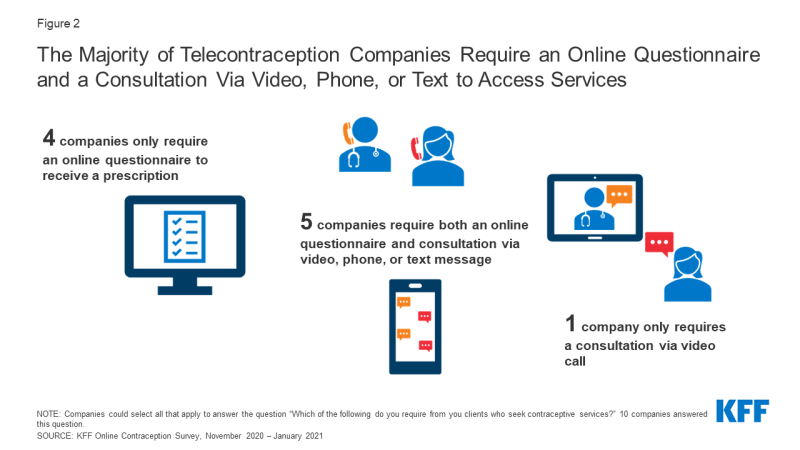 Figure 2: The Majority of Telecontraception Companies Require an Online Questionnaire and a Consultation Via Video, Phone, or Text to Access Services

The number of providers working for telecontraception companies varied widely by company with a range of 10-154 providers working with each company. Of the eight companies that responded to this question, on average, online contraception companies were more likely to have medical doctors (MDs) on staff compared to other medical professionals, followed by nurse practitioners (NPs) (Figure 3).

A range of provider types work at telecontraception companies. Three companies employ only MDs as clinical staff. Three other companies have a much larger share of NPs compared to MDs (95%, 85%, and 80% NPs compared to 1%, 15%, and 10% MDs). One company is split evenly between MDs and Doctors of Osteopathic Medicine (DOs) (50% and 50%). There is another company that had a wide variety of providers, including 50% MDs, 30% NPs, 10% physician assistants (PAs), and 10% Doctors of Pharmacy (PharmDs). This is the only company that responded they were currently employing PharmDs and three companies employ PAs. 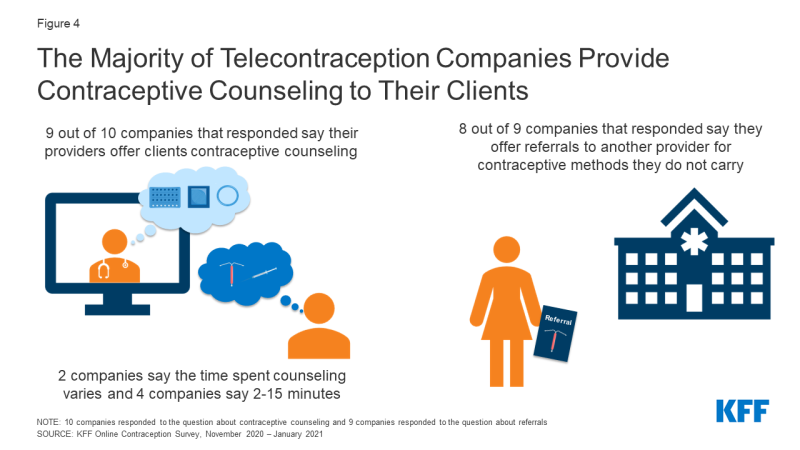 Figure 4: The Majority of Telecontraception Companies Provide Contraceptive Counseling to Their Clients

Of the nine companies that responded about referrals, eight companies said they offer referrals to another provider for clients seeking a contraceptive method that their company does not provide, or when a client is not eligible for hormonal methods based on their medical history. However, only one of the companies that responded to the questionnaire is affiliated with a brick-and-mortar health system or provider network to which they can refer clients. With additional follow-up, another company said they refer their patients to all the same places a typical primary care office would refer their patients to and help patients navigate the best place for them (e.g., in-network, geographical proximity, patient reviews). One company said they can direct clients to federally qualified health centers or other community-based organizations. One company said they did not offer referrals at all. 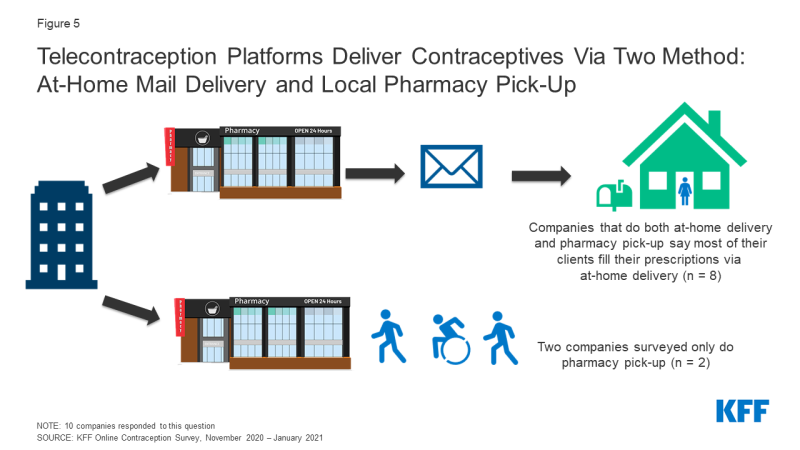 There is sizable variation in how these platforms work with pharmacies, both mail order and brick and mortar pharmacies. In order to deliver contraception to their clients’ homes, some companies use an in-house pharmacy, but the majority partner with outside pharmacies (Figure 6). At least one of the companies partnered with up to six pharmacies. The two companies that said most of their clients pick-up their contraceptives at local pharmacies partnered with larger pharmacy networks. One of the vendors reported partnering with 90,000 pharmacies and the other explained that they partner with one pharmacy delivery company, but are networked into most every major pharmacy in the U.S.

Since these telecontraception companies have been in business for differing periods of time (most of the companies started up between 2011 and 2019) and not all companies deliver and/or prescribe in all states, the number of contraceptive clients served by these companies varies widely; two companies were comparatively smaller, serving less than 10,000 contraceptive clients, while three companies reported serving 300,000+ clients (Figure 7).

Many of the companies are looking to diversify and expand their markets. When asked if there was a population their company would like to serve that they do not currently serve, responses included: Spanish  speakers, rural populations, LGBTQIA+ populations, and clients with Medicaid and insurance.

State telehealth laws and provider licensing across state lines were the top reasons that companies cited as to why they were not able to prescribe contraception to their clients in all 50 states. Two of the companies said that it was an administrative challenge for staff to bring on new states. One company said they were limited by the fact that their pharmacy partners don’t distribute in all 50 states (Figure 9).

Most telecontraception companies rely on a range of approaches to advertise and market their products and services. Some use organic searches from search engines like Google or Bing where people can search for their products (n = 11), paid searches or search engine marketing like Google ads (n = 9), or paid social media like Facebook, Twitter, and Instagram ads (n = 8) (Figure 10). One company said their consumers found out about their company through TV, podcasts, and influencers.

While all of the companies we surveyed provided contraception, many provided additional services to their clients, like urinary tract infection (UTI) treatment, STI diagnosis and treatment services, skin care and hair loss treatments, and other primary care services (Figure 11). Mental health services, and erectile dysfunction treatments were offered by four of the platforms and some also offer vitamins, COVID-19 tests and PrEP. 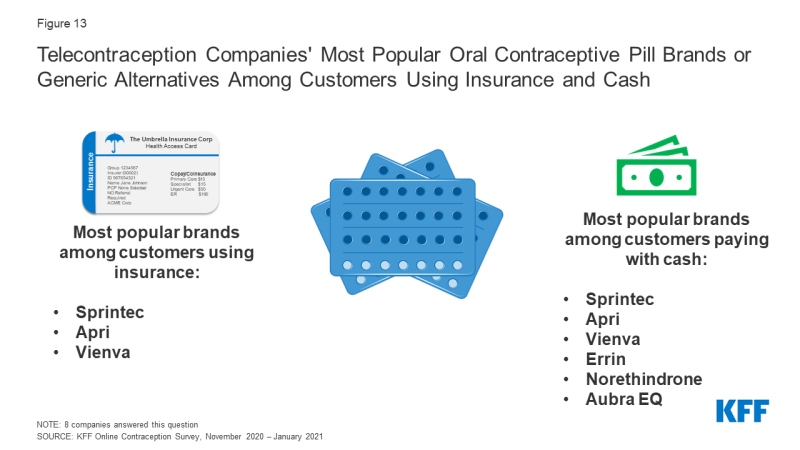 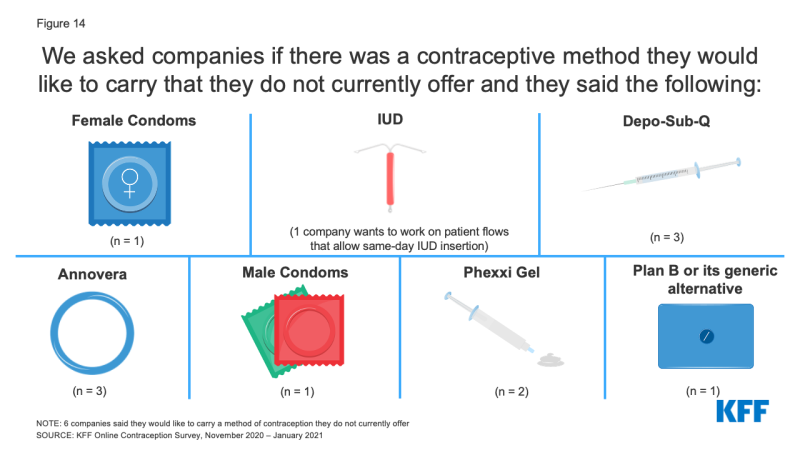 Figure 14: We asked companies if there was a contraceptive method they would like to carry that they do not currently offer and they said the following:

Payments for Services and Supplies

Since 2012, the Affordable Care Act (ACA) has required most private insurance plans to cover all FDA approved contraceptive methods and services without cost-sharing, although religious employers and employers with religious and moral objections to contraception are exempt from the coverage requirement. Additionally, the ACA also created a new Medicaid eligibility pathway for adults that also requires contraceptive coverage without cost-sharing. While these requirements do not apply to Medicaid pathways available prior to the ACA, KFF research has found that most states cover a broad range of contraceptive methods across all Medicaid pathways available in the state. Not all telecontraception platforms accept both private insurance and Medicaid, but the majority accept at least one form of insurance, and many serve clients willing to pay out-of-pocket for their contraception.

Fewer companies accept Medicaid, the state-federal health program for low-income people (6 of 10 that responded to this question). Of the four companies that do not accept Medicaid, half said they have tried to work with Medicaid but have experienced barriers. One of these companies also said that Medicaid’s telehealth policies are too restrictive. Two companies said that accepting Medicaid was too administratively burdensome and another two said the complexity of developing relationships with state Medicaid managed care organizations was a barrier to accepting Medicaid.

A major challenge to working with Medicaid that was cited by companies that currently accept Medicaid was the variation of Medicaid requirements across states, with each state Medicaid program having its own unique regulations and processes to enroll. One company said that in California, they have to contract with each county and the counties require them to be physically located within them, which makes their business model as a mail order company difficult. Another company similarly cited contracting challenges for mail order dispensing. One company also said that Medicaid requirements that the provider be located in a health facility to bill Medicaid also presented a challenge. This same company noted that low reimbursement rates for visits and oral contraceptive pills, restrictions on the number of packs that can be dispensed at one time to a patient, and requirement for a real-time (synchronous) video visit even in states that otherwise permit asynchronous care pose barriers to working with Medicaid.

Change in Client Volume Since COVID

The rise of telecontraception platforms has created a new way for women of reproductive age to access contraceptives easily and quickly without having to visit a doctor’s office or leave their homes. This access has been particularly important during the COVID-19 pandemic as telehealth options have expanded. While many of the companies accept some form of insurance, barriers in working with insurance are cited frequently and people can end up paying out-of-pocket when they are entitled to no cost contraceptive services and supplies through their private insurance through the Affordable Care Act’s Contraceptive Coverage requirements. However, many women may be willing to pay out-of-pocket for the ease of a quick consultation and having their contraception sent straight to their home, without having to ever step foot in a clinic or schedule a telehealth appointment. These platforms are also available in all 50 states and could be affordable options for uninsured individuals that do not want or are unable to visit a Title X funded clinic or federally qualified health center to receive their contraceptive care.

While telecontraception may be a valuable option for some individuals, there is still an important role for bricks and mortar clinics that can provide the full range of contraceptive methods without cost-sharing to their patients and connect their patients to other primary care services. It will also be important that individuals who want to use telecontraception have access to quality contraceptive counseling, referrals if desired, and other primary care that may not be offered by all of these platforms. These companies may serve a small share of reproductive aged women right now but could become an important source of contraceptive care in the future, particularly for those individuals who may have difficulty accessing in-person care or prefer not to access care through a clinic. While telecontraception can provide a new pathway to contraception for many women, it does not necessarily ensure that people have access to the contraceptive method of their choice and that the financial and other structural barriers to that care are addressed.

We would like to acknowledge all of the telecontraception companies that participated in this study and provided this valuable information.