Where Are States Today? Medicaid and CHIP Eligibility Levels for Children, Pregnant Women, and Adults

This fact sheet provides Medicaid and CHIP eligibility levels for children, pregnant women, parents, and other non-disabled adults as of January 2019, based on annual state survey data.1 The data highlight the central role Medicaid and CHIP play in covering low-income children and pregnant women and show Medicaid’s expanded role for low-income adults under the Affordable Care Act (ACA). See Tables 1-3 for state-specific data.

Where are states today? This @KaiserFamFound fact sheet lays out Medicaid and CHIP eligibility levels for children, pregnant women, and adults in every state

As of January 2019, 49 states cover children with incomes up to at least 200% of the federal poverty level (FPL, $42,660 per year for a family of three in 2019) through Medicaid and CHIP (Figure 1, Table 1 and 1A). This count includes 19 states that cover children with incomes at or above 300% FPL. Only two states (ID and ND) limit children’s eligibility to below 200% FPL. Across states, the upper Medicaid/CHIP eligibility limit for children ranges from 175% FPL in North Dakota to 405% FPL. 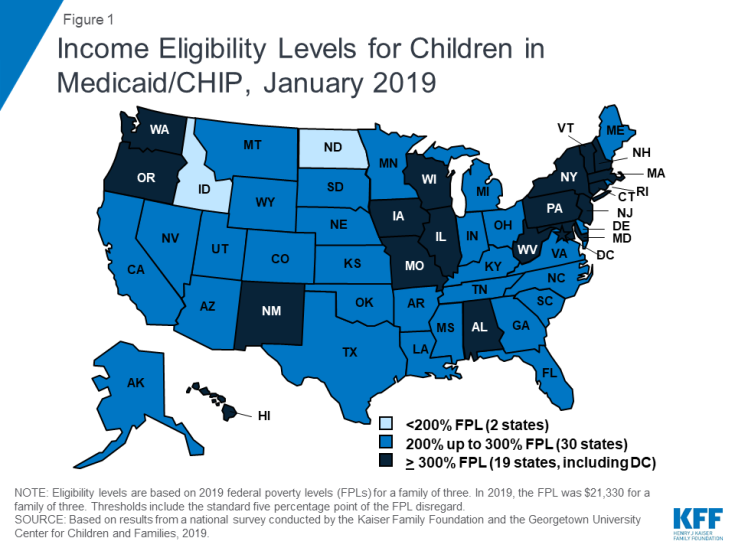 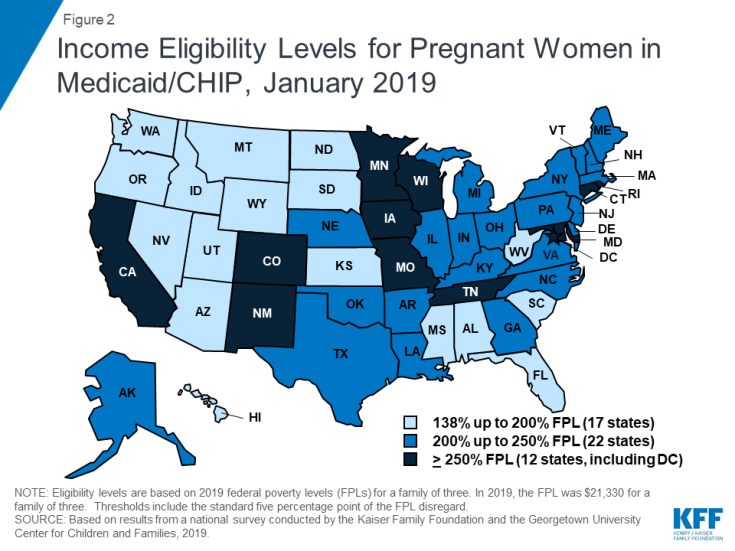 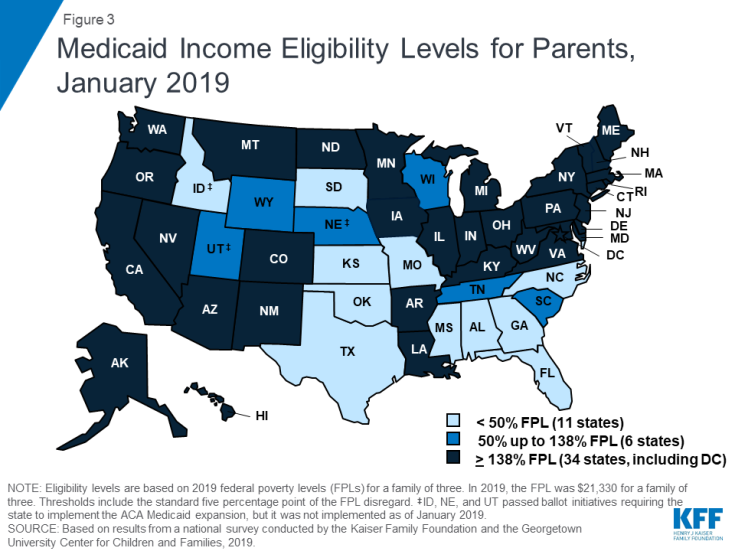 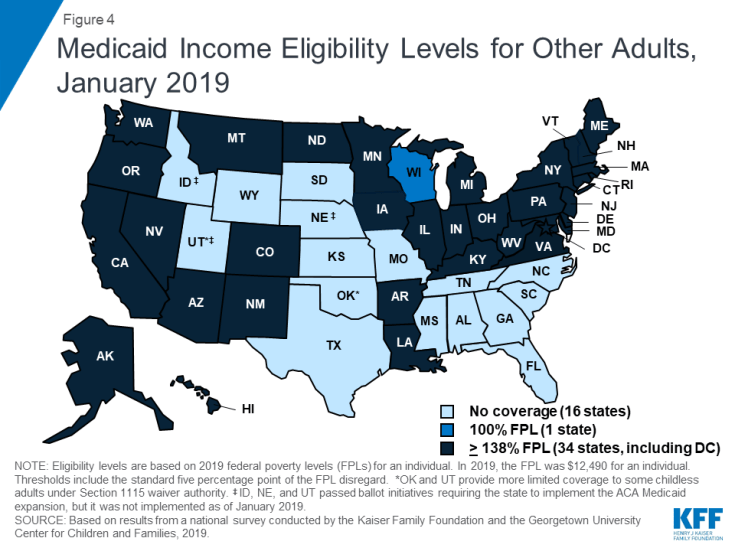 In the 14 states that have not adopted the Medicaid expansion, the median eligibility limit for parents is 40% FPL ($8,532 per year for a family of three in 2019) and other adults remain ineligible, except in Wisconsin (Figure 5). In ten of these states, parent eligibility is below half of the poverty level. Wisconsin provides Medicaid coverage to other adults, but eligibility at 100% FPL remains below the expansion level and the state does not receive the enhanced match available for expansion adults.2 In the non-expansion states, 2.5 million adults fall into a coverage gap, earning too much to qualify for Medicaid, but not enough to qualify for subsidies for Marketplace coverage, which become available at 100% FPL.3 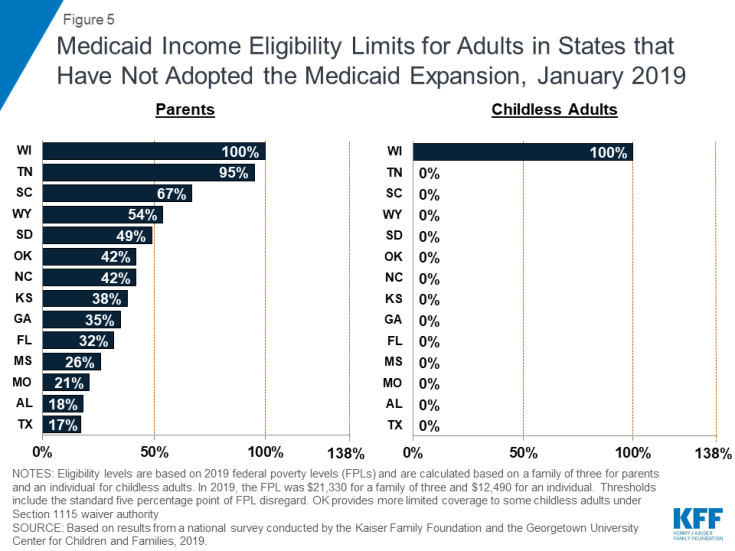 Figure 5 – Medicaid Income Eligibility Limits for Adults in States that Have Not Adopted the Medicaid Expansion, January 2019

In sum, Medicaid and CHIP continue to be central sources of coverage for the low-income population, but eligibility varies widely across groups and states. Medicaid and CHIP provide a robust base of coverage to low-income children and pregnant women nationwide. Eligibility for adults has grown in states that implemented the Medicaid expansion, but remains limited in non-expansion states. There could be continued gains in eligibility for adults if additional states expand Medicaid. However, emerging actions to add new eligibility requirements to Medicaid could lead to coverage losses and erode coverage gains.

Table 1 and 1A Notes