New analysis of KFF’s 2019 Employer Benefits Survey finds that 10% of workers covered by employer-sponsored health insurance are employed at a firm that has asked their insurer or third party administrator to exclude abortion coverage from their health plan. Employer-sponsored coverage is the primary source of health benefits in the U.S., covering 153 million Americans. 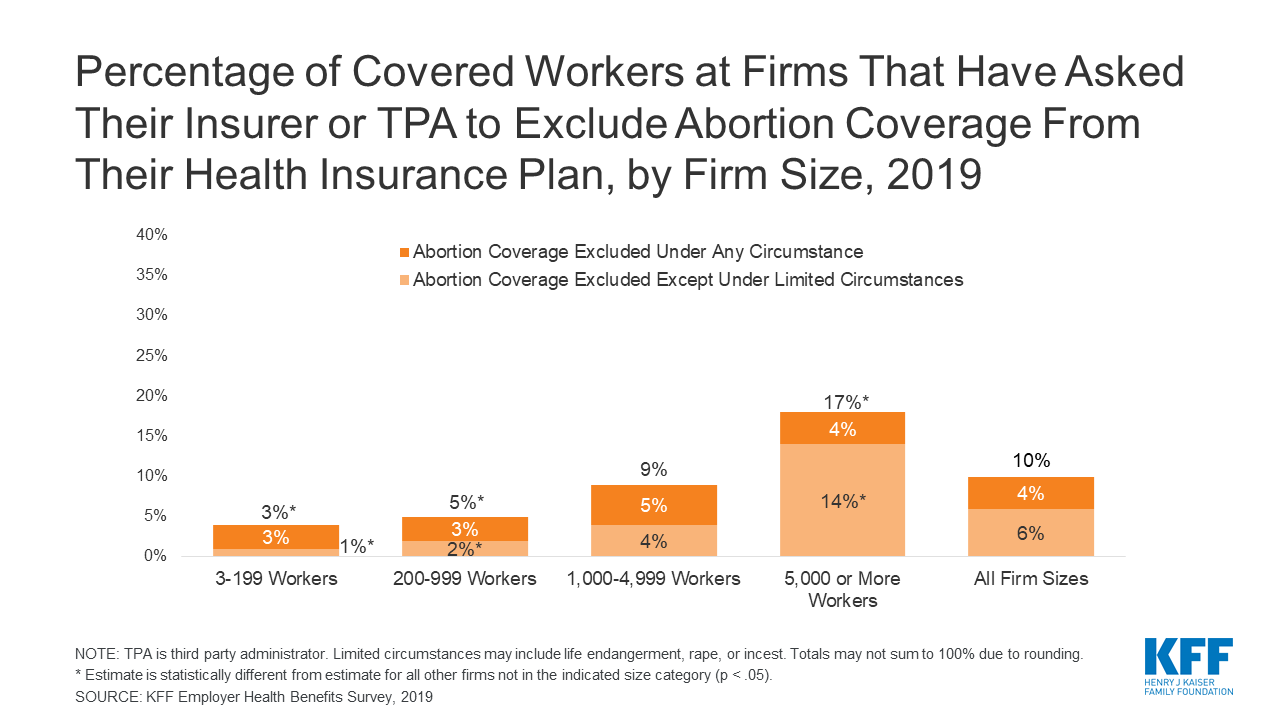 Congress is considering including COBRA subsidies in its next coronavirus relief package to help workers who lose their jobs keep their employer coverage. One of the sticking points of the debates has reportedly been whether or not the legislation will include a stipulation that federal funds cannot be used to pay for abortion coverage. Given that many employers do not know whether their plan covers abortion, this restriction could pose some logistical hurdles to implementation or restrictions on abortion coverage.