According to a Committee Report accompanying the bill, funding for global health programs at USAID and the State Department is $140 million (2%) below the President’s request. Funding for PEPFAR at the State Department, which supports bilateral HIV/AIDS programs and the Global Fund to Fight AIDS, Tuberculosis and Malaria (Global Fund), is at the same level as the President’s request. Additionally, the bill provides funding for tuberculosis, malaria, and vulnerable children at the FY 2012 enacted levels and maternal and child health (MCH) programs at “not less than the fiscal year 2014 request level.” Total funding for family planning and reproductive health (FP/RH) in the bill is below the President’s request and capped at $461 million. The bill eliminates funding for the International Organizations and Programs (IO&P) account, which includes U.S. contributions to specialized U.N. agencies such as the United Nations Children’s Fund (UNICEF). 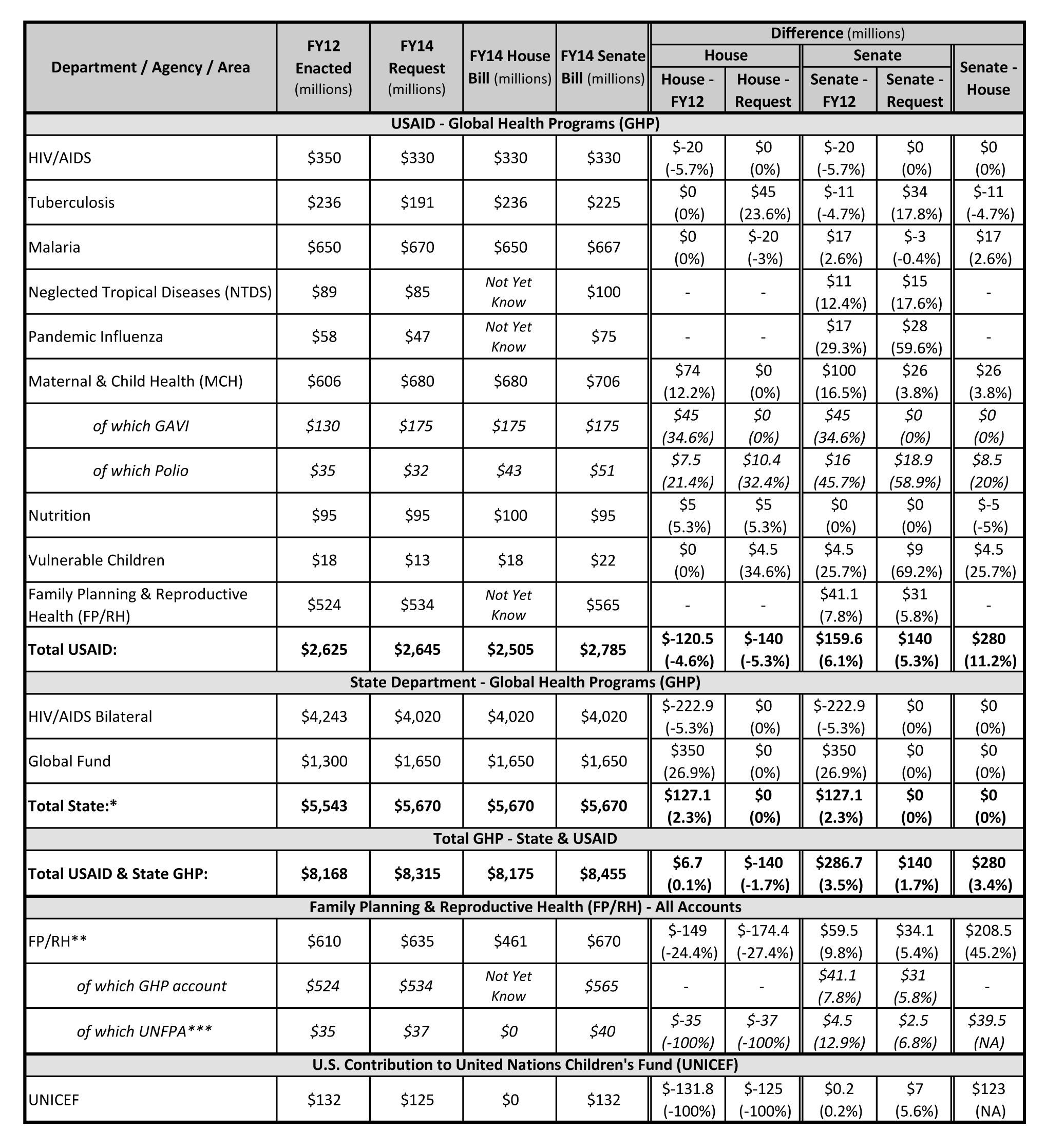 Note: Final FY 2013 amounts are not yet available.
*Represents combined PEPFAR funding (HIV bilateral and Global Fund) at the State Department.
**FY 2012 FP/RH funding was enacted at “not less than” $610 million; according to ForeignAssistance.gov (accessed 7/19/14), the Administration had planned to provide a total of $638 million for FP/RH in FY 2012. The House FY 2014 State and Foreign Operations bill states that “Of the funds appropriated by this Act, not more than $461,000,000 may be made available for family planning/reproductive health.”
***In FY12, Congress approved $35m in funding for UNFPA. However, due to policy conditions put in place by Congress annually, the actual contribution to UNFPA totaled $30.2m.