In advance of the 21st International AIDS Conference (IAC), to be held in Durban, South Africa July 18-22, this report provides the latest data on donor government funding to address the HIV epidemic in low- and middle-income countries.  It is part of a more than decade-long partnership between the Joint United Nations Programme on HIV/AIDS (UNAIDS) and the Kaiser Family Foundation (Kaiser) to track donor government funding on HIV, assessing both bilateral disbursements and multilateral contributions.  The current report provides data for 2015, at the close of the Millennium Development Goals (MDG) era. It finds that funding from donor governments decreased in 2015, by more than US$1 billion, compared to 2014, with declines by 13 of 14 governments assessed. While some of this decrease is due to issues of timing and exchange rate fluctuations, including the significant appreciation of the U.S. dollar, overall spending in 2015 declined even after accounting for these factors.  As such, it marks the first decline in donor government funding to address HIV in 5 years.1 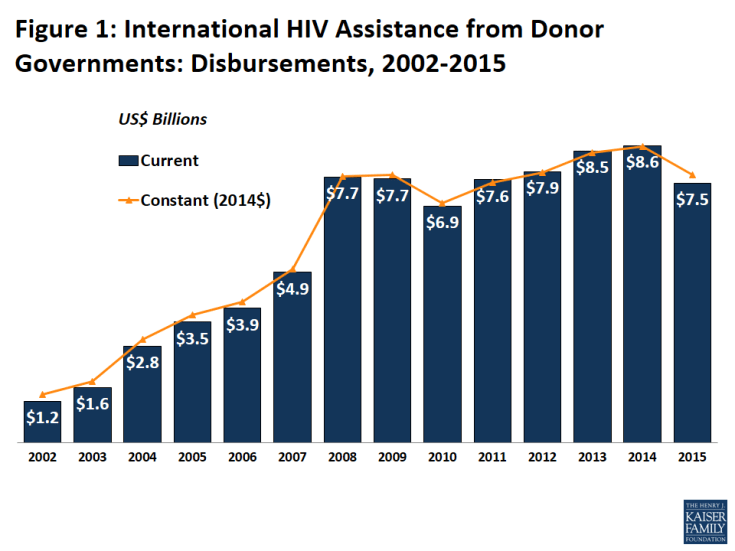 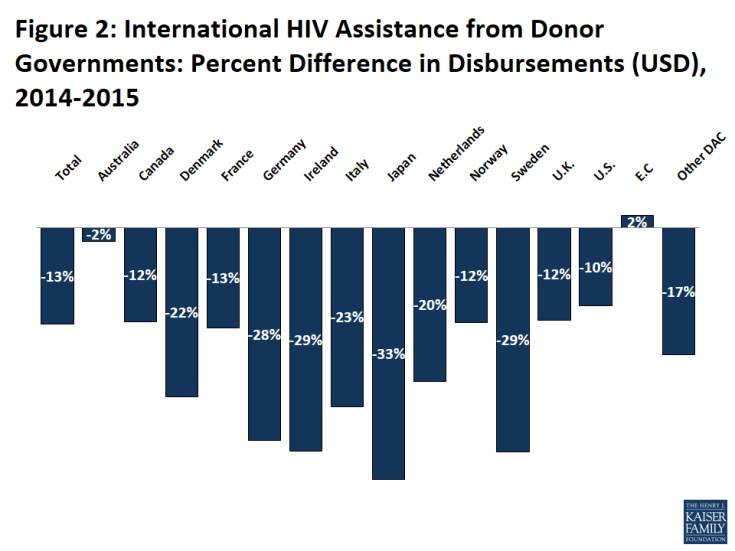