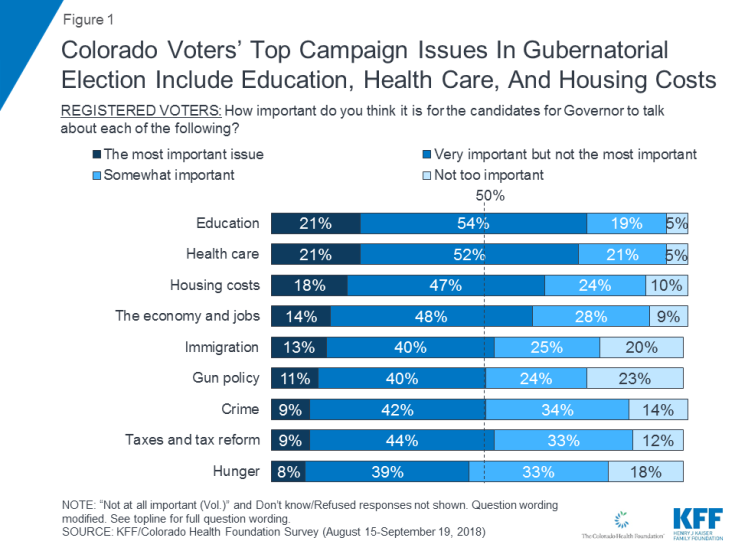 Similar to the national election landscape, health care is among the top issues Democratic voters in Colorado want to hear the gubernatorial candidates discuss while it ranks lower for Republican voters. One-third of Democratic voters say health care is the most important issue for candidates for Governor to talk about during their campaigns, compared to one in five independents (18 percent) and an even smaller share of Republicans (12 percent). The top issues Republican voters want to hear the gubernatorial candidates talk about are immigration (20 percent) and the economy and jobs (17 percent). 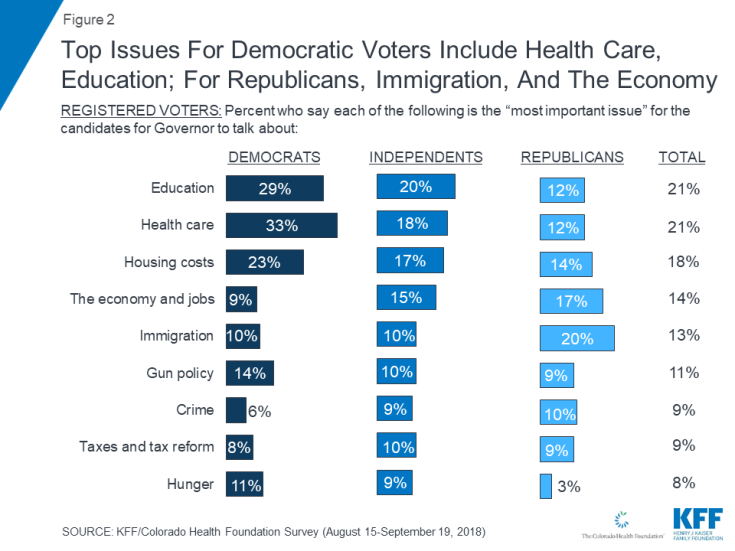 Figure 2: Top Issues For Democratic Voters Include Health Care, Education; For Republicans, Immigration, And The Economy 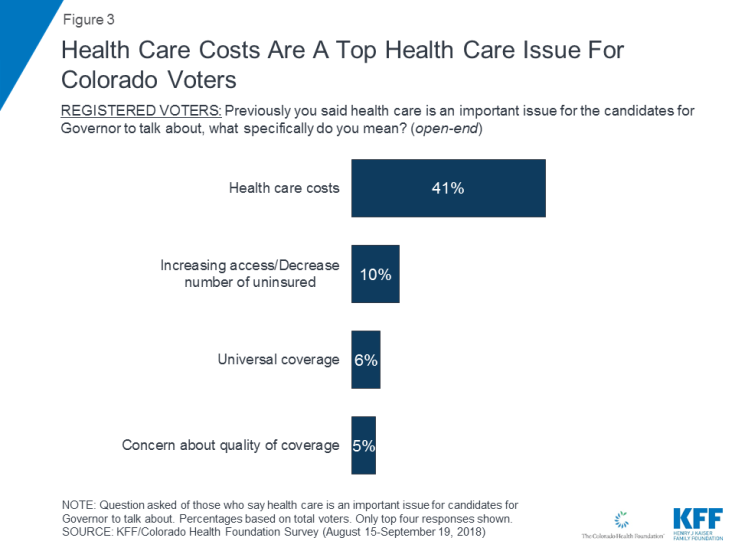 While Democrats only have a slight edge when it comes to voter enthusiasm in the gubernatorial election, they have a strong lead in the congressional elections in Colorado. Nearly half of Democratic voters (49 percent) say they are “more enthusiastic” about voting in the Congressional election this year than in previous elections compared to three in ten Republican voters (29 percent) and one-fourth of independent voters (31 percent). 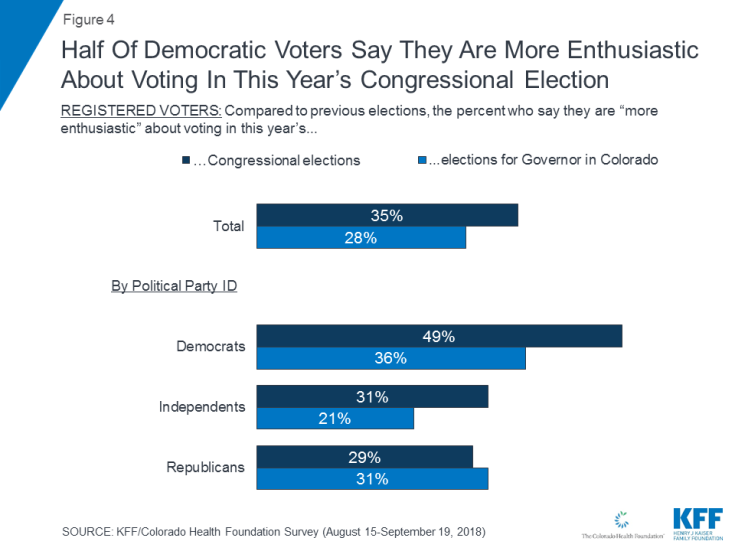 Figure 4: Half Of Democratic Voters Say They Are More Enthusiastic About Voting In This Year’s Congressional Election

Colorado residents, like the country overall, have polarized opinions of the president with six in ten Coloradans (57 percent) disapproving of the job President Trump is doing while four in ten approve (38 percent). 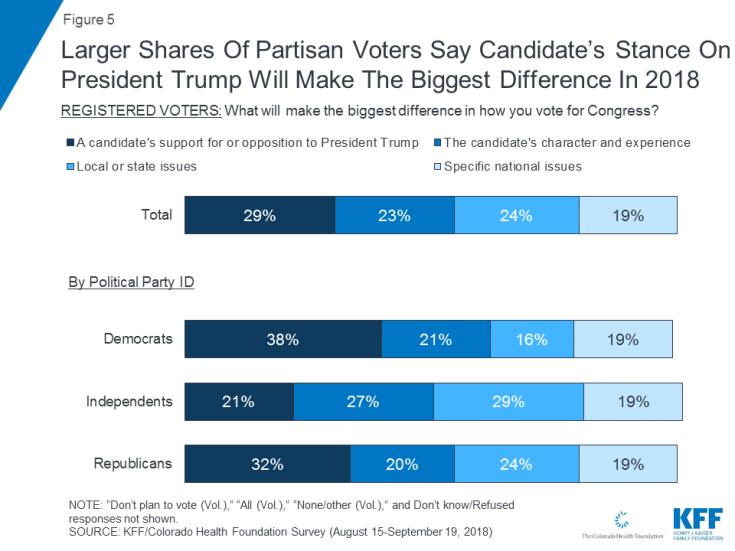 Across all partisans, voters say a candidate’s stance on President Trump will make a bigger difference in how they vote for Congress this year than any specific national, state, or local issue including health care. 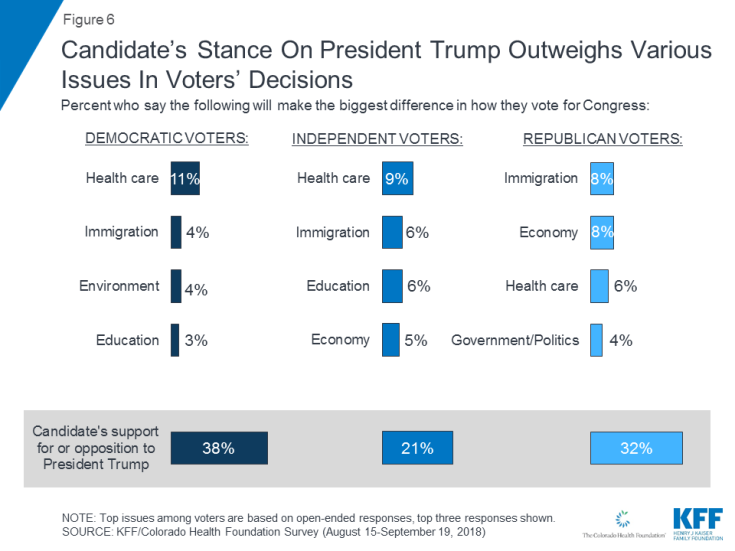 Gearing up for the 2018 midterm elections, more than half of Coloradans say they trust the information they get from local news organizations (69 percent), national news organizations (62 percent), or family and friends (60 percent) at least “some” or “a lot.” Fewer Coloradans trust the information they get from social media sites such as Facebook or Twitter (18 percent). 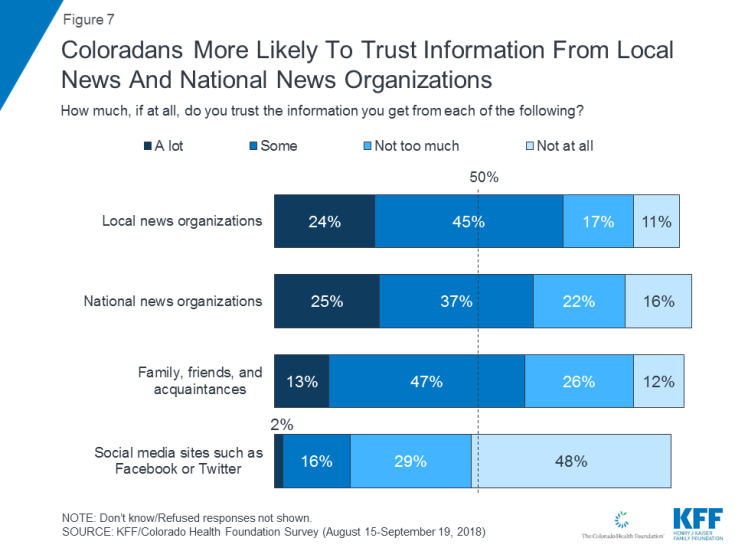