President Trump has intensified national debate about immigration by implementing policies to enhance immigration enforcement and restrict legal immigration. Recent findings show that the climate surrounding these policies has significantly increased fear and uncertainty among immigrant families, broadly affecting families across different immigration statuses and locations. The effects extend to lawfully present immigrants, including lawful permanent residents or “green card” holders, and children in immigrant families, who are predominantly U.S.-born citizens. In particular, findings point to both short- and long-term negative consequences on the health and well-being of children in immigrant families.

NEW: Nearly 20 million children live in immigrant families that could be affected by evolving immigration policies

In 2016, nearly 20 million or one in four children had at least one immigrant parent, and nearly nine in ten (89% or 17.7 million) of these children were citizens (Figure 1). An immigrant parent is a foreign-born parent, including naturalized citizens, lawfully present immigrants, and undocumented immigrants. Over half of children with an immigrant parent live in California (23%), Texas (13%), New York (8%), and Florida (8%). 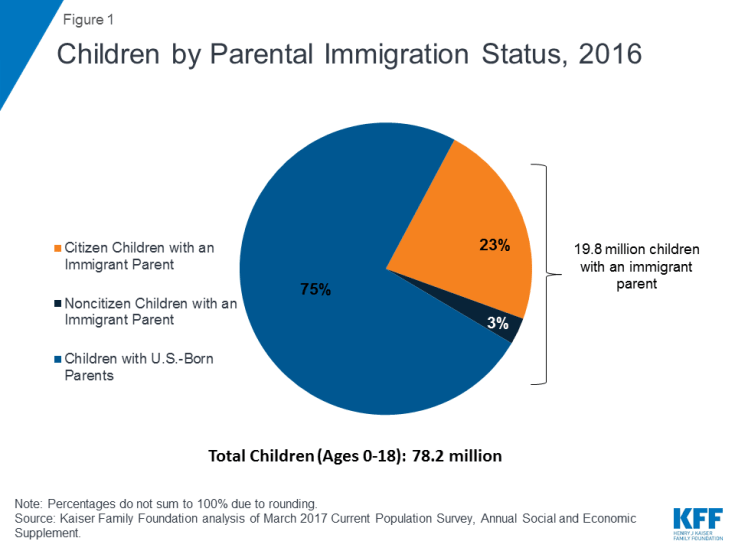 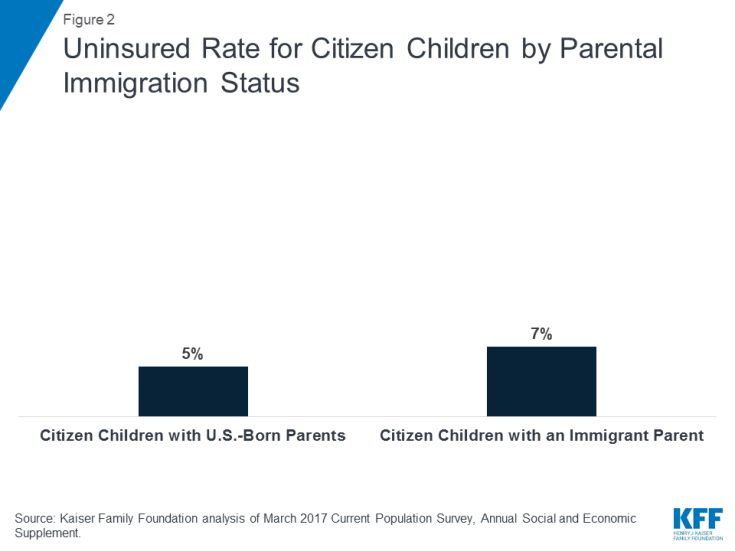 In sum, although changes in immigration policy may target specific groups of immigrants, they often have much farther-reaching effects. One group significantly affected by such changes is children living in immigrant families, who are predominantly U.S. citizens. The effects on these children may have long-term negative consequences on their health and well-being across their lifespan.