The Affordable Care Act (ACA) extends health insurance coverage to people who lack access to an affordable coverage option. Under the ACA, as of 2014, Medicaid coverage is extended to low-income adults in states that have opted to expand eligibility, and tax credits are available for middle-income people who purchase coverage through a health insurance Marketplace. Millions of people have enrolled in these new coverage options, but millions of others are still uninsured. Some remain ineligible for coverage, and others may be unaware of the availability of new coverage options or still find coverage unaffordable even with financial assistance.

A recent Kaiser Family Foundation analysis provided national and state-by-state estimates of eligibility for ACA coverage options among those who remained uninsured, which showed that nearly half of the nonelderly uninsured are eligible for assistance in 2015.1 This analysis builds off of that work to provide national estimates of eligibility for ACA coverage options by race/ethnicity, including Whites, Blacks, and Hispanics. Analysis by additional groups was not possible due to sample size limitations. The analysis is based on Kaiser Family Foundation analysis of the 2015 Current Population Survey, combined with other data sources. We estimate coverage and eligibility as of early 2015, which is prior to the end of the 2015 Marketplace open enrollment period. An overview of the methodology underlying the analysis can be found in the Methods box at the end of the brief, and more detail is available in the Technical Appendices available here.

The ACA fills historical gaps in Medicaid eligibility by extending Medicaid to nearly all nonelderly adults with incomes at or below 138% of the federal poverty level (FPL) ($27,724 for a family of three in 20152). With the June 2012 Supreme Court ruling, the Medicaid expansion essentially became optional for states, and as of September 2015, 30 states and DC had expanded Medicaid eligibility under the ACA. Under rules in place before the ACA, all states already extended public coverage to poor and low-income children, with a median income eligibility level of 255% of poverty in 2015.3 The ACA also established Health Insurance Marketplaces where individuals can purchase insurance and allows for federal tax credits for such coverage for people with incomes from 100% to 400% FPL ($19,790 to $79,160 for a family of three in 2015).4,5 Tax credits are generally only available to people who are not eligible for other coverage.

Because the ACA envisioned low-income people receiving coverage through Medicaid, people with incomes below poverty are not eligible for Marketplace subsidies. Thus, in the 20 states not implementing the Medicaid expansion, some adults fall into a “coverage gap” of earning too much to qualify for Medicaid but not enough to qualify for premium tax credits. In addition, undocumented immigrants are ineligible for Medicaid coverage and barred from purchasing coverage through a Marketplace. In most cases, lawfully present immigrants are subject to a five-year waiting period before they may enroll in Medicaid, though they can purchase coverage through a Marketplace and may receive tax credits for such coverage.

Eligibility for Assistance under the ACA by Race and Ethnicity 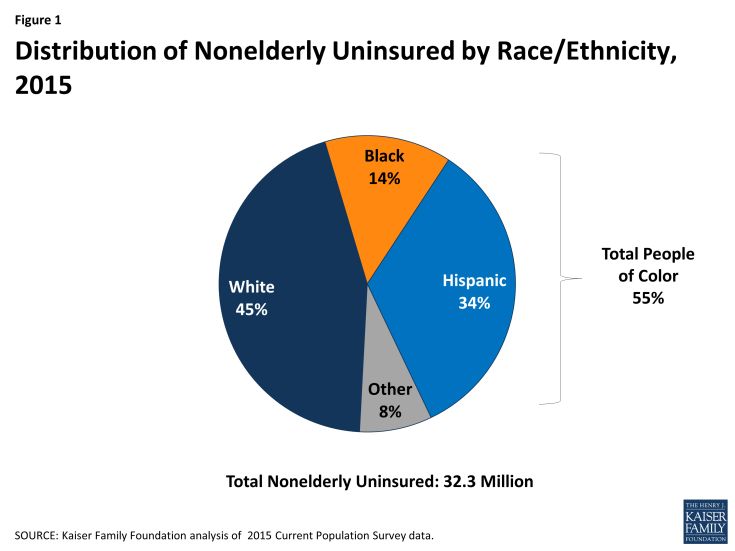 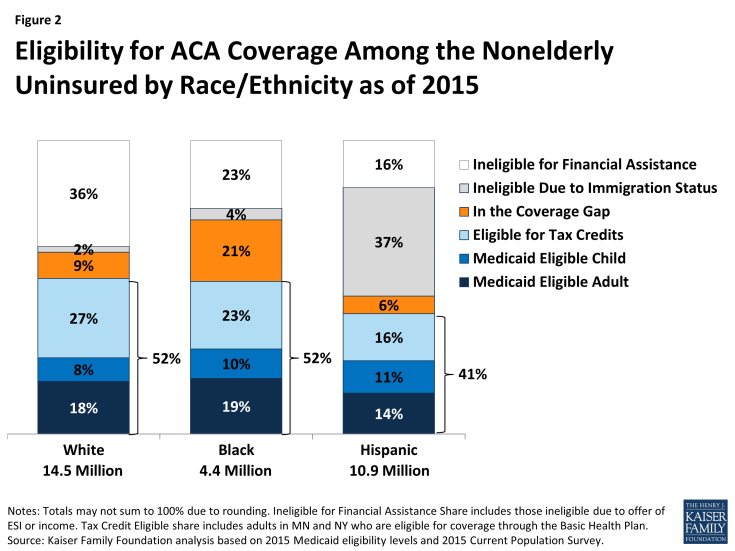 Figure 2: Eligibility for ACA Coverage Among the Nonelderly Uninsured by Race/Ethnicity as of 2015

Patterns of eligibility for each racial/ethnic group also vary depending on whether a state has expanded Medicaid to low-income adults. 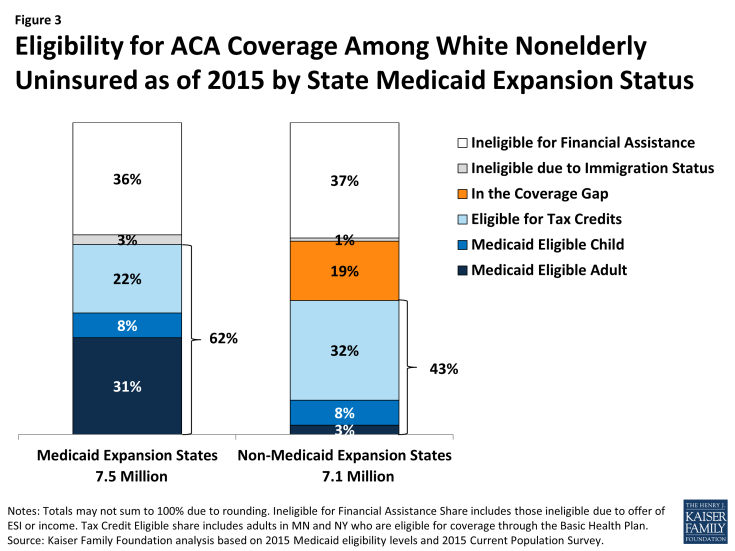 Figure 3: Eligibility for ACA Coverage Among White Nonelderly Uninsured as of 2015 by State Medicaid Expansion Status 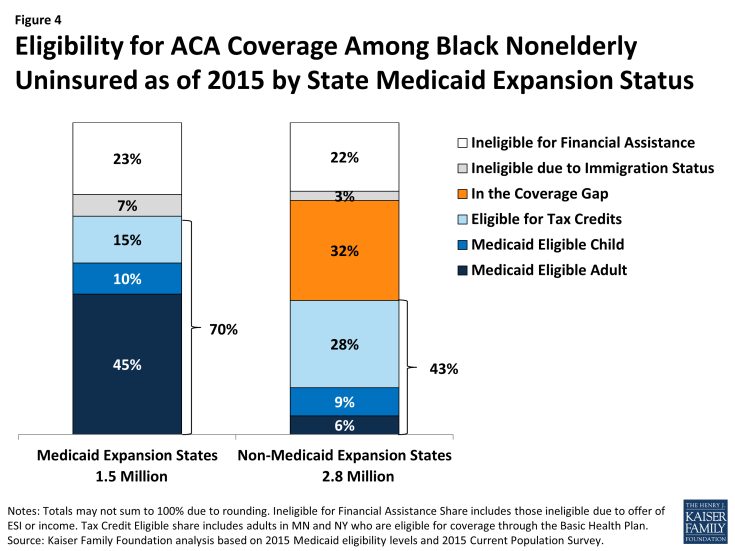 Figure 4: Eligibility for ACA Coverage Among Black Nonelderly Uninsured as of 2015 by State Medicaid Expansion Status 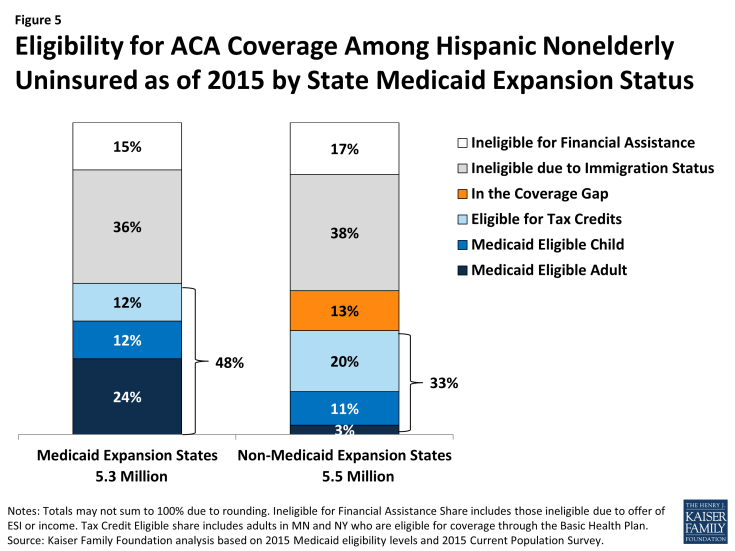 Figure 5: Eligibility for ACA Coverage Among Hispanic Nonelderly Uninsured as of 2015 by State Medicaid Expansion Status

Though millions of people have gained coverage under the ACA, many remain uninsured. The ACA provides new coverage options across the income spectrum for low and moderate-income people, and overall nearly half of the uninsured population appears to be eligible for Medicaid or subsidized Marketplace coverage. For these individuals, outreach and education about coverage and financial assistance may be important to continuing coverage gains that were seen in the first two years of full ACA implementation. However, there are distinctions in eligibility patterns by race and ethnicity.

Across racial and ethnic groups, a remaining share of individuals also remains ineligible for assistance because they have access to employer coverage that may be considered affordable or have incomes too high to qualify for Medicaid or Marketplace subsidies. Increased penalties under the ACA’s so-called “individual mandate” in 2016 may encourage some of them to obtain coverage.

As the beginning of open enrollment for 2016 Marketplace coverage approaches, there are still substantial opportunities to increase coverage by reaching those who are eligible for help under the ACA. Understanding how eligibility for coverage options varies by race and ethnicity may help inform outreach and education efforts and provide increased understanding of the scope of remaining coverage gains that can be achieved. These differences also have important implications for efforts to promote greater health equity moving forward.