In late 2012, Illinois obtained a Section 1115 demonstration waiver that allowed the state to get an early start on the Affordable Care Act (ACA) Medicaid expansion for adults in Cook County. Named “CountyCare,” the demonstration was designed to help the state and Cook County Health and Hospitals System (CCHHS) build capacity and experience to support implementation of the expansion in 2014 and get a jump-start on enrollment. Cook County, Illinois encompasses 132 municipalities including the City of Chicago and has a total population of 5.2 million people, accounting for over 40 percent of all Illinois residents.1 Over 618,000 uninsured adults are estimated to be eligible for the ACA’s Medicaid expansion in Illinois, with over 341,000 of them residing in Cook County.2 CCHHS serves as a key safety-net provider for the low-income uninsured population in Cook County and is the third largest public hospital system in the nation.3 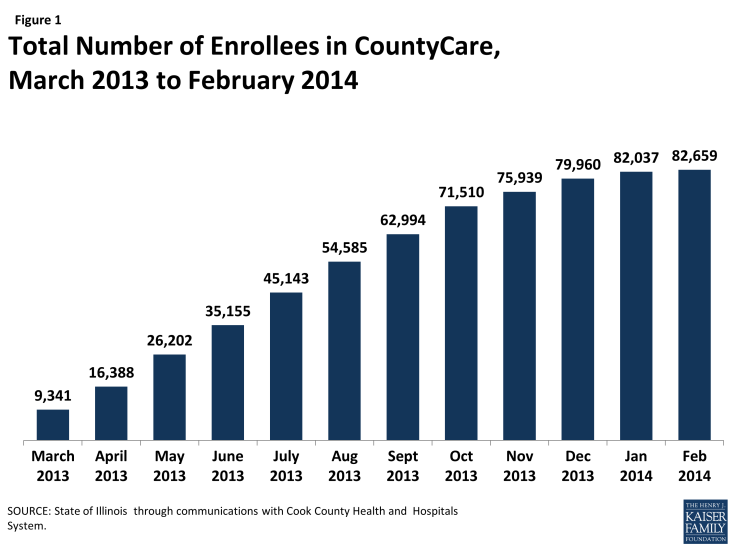 Figure 1: Total Number of Enrollees in CountyCare, March 2013 to February 2014

Overview of the CountyCare Waiver

On October 26, 2012, Illinois received approval from the Centers for Medicare and Medicaid Services (CMS) for its Cook CountyCare Section 1115 demonstration waiver, which allowed the state to expand coverage to adults with income at or below 133% of the federal poverty level (FPL), who reside in Cook County. Eligibility for CountyCare is limited to adults age 19-64, who meet citizenship and immigration status requirements and do not qualify for Medicare or Medicaid or CHIP. When initially implemented, CountyCare members were covered for a broad range of services provided through CCHHS sites and a network of community providers contracted with CCHHS to provide care under the waiver, similar to a managed care plan.

Between February 2013 and February 2014, more than 113,000 applications were submitted for CountyCare, with more than 82,000 approved and approximately 18,000 pending review.6 The remaining applications were denied for a variety of reasons including the applicant having income above the eligibility limit, being eligible for regular Medicaid, or the application missing information needed to process the determination.

Application assisters are available at locations across the county and through a call center. Some 375 CountyCare application assisters are located at 92 geographically dispersed sites throughout the county including CCHHS sites and Federally Qualified Health Centers (FQHCs) contracted to provide services as part of the CountyCare provider network under the waiver.8 In addition, CCHHS established a call center through which individuals can apply for CountyCare, which is open weekdays from 8:00am to 8:00pm and Saturdays from 9:00am to 2:00pm.9 Through the call center, application assisters complete the CountyCare application and then mail a signature page and self-addressed stamped envelope to applicants to return with necessary documentation. Over half of all applications have been initiated through the call center. Over 100 state eligibility caseworkers were hired to process applications submitted for CountyCare. These applications are processed centrally through an Illinois Department of Human Services local eligibility office. Cook County contributes the non-federal share of funding to cover the costs of administering the waiver.

Broad outreach for County Care was conducted through a variety of avenues including earned media, primarily through neighborhood newspapers and digests; posters and flyers; and community outreach events. For example, local pastors and community leaders visited over 300 places of worship to educate people about CountyCare. In addition, CountyCare application assisters participated in an event hosted by the City of Chicago that brought together freelance musicians and artists, many of whom were uninsured and eligible for CountyCare.

In addition, targeted outreach was provided to uninsured patients at CCHHS and network health centers who were likely eligible for CountyCare. These patients received recorded calls that advised them about CountyCare and offered to connect them directly to the call center to begin an application. Health center staff also provided information about CountyCare to patients in waiting rooms.

Outreach was also conducted through other areas of Cook County government. For example, information was included with paychecks to CCHHS staff as a general education tool. Probation officers were also provided with information and training on CountyCare eligibility requirements, the application process, benefits, and network to help connect their clients to coverage. Further, local elected officials, including County Commissioners and Chicago Aldermen offices included information about CountyCare in their newsletters and communications to district residents.

An initiative was also established to assist detainees in applying for CountyCare while going through the Cook County Jail intake process. This partnership effort between CCHHS, the Cook County Sheriff, and Treatment Alternatives for Safe Communities, a local non-profit organization,resulted in over 13,700 initiated applications. About 4,400 of these applications have been submitted and over 2,400 individuals have enrolled.10

Once an individual is determined eligible for CountyCare, he or she receives a welcome call and is asked to select a medical home and make an initial appointment for care. Many individuals enrolling in CountyCare need help understanding how to use their health coverage and the role of their primary care provider since they may not have previous experience with health coverage. Individuals have been enthusiastic about the coverage opportunity, particularly to gain coverage for physician and hospital services and prescription drugs. Overall, there are significant health needs among individuals enrolled in CountyCare, with many requiring case management and supportive services. As more understanding is gained about the health needs of the population, CCHHS intends to develop initiatives for care coordination that will build upon the existing strengths and assets within the CountyCare provider network.

Transition to the 2014 Medicaid Expansion

As of January 2014, Illinois expanded Medicaid under the ACA to include adults with incomes at or below 138% FPL. Prior to the expansion, Illinois already covered parents with incomes up to this level, but other adults without disabilities were not eligible, regardless of their income level.

CountyCare enrollees were automatically transitioned to the Medicaid expansion. Individuals enrolled in CountyCare did not need to reapply for coverage under the expansion as the state obtained federal approval to administratively enroll CountyCare members into the new adult expansion group. Moreover, when the expansion took effect, benefits for CountyCare members were expanded to align with the Medicaid benefits package provided to all expansion adults. Additional services covered under this benefit package include optometry care and eyeglasses, as well as audiology services. In addition, individuals who reside in Cook County and are eligible under the Medicaid expansion now have the option to continue to obtain services through the CountyCare provider network or may opt-out to receive care through any of the state’s Medicaid providers.

CMS approved the state’s request to temporarily extend the CountyCare waiver to June 30, 2014. This extension enables the state to continue using the same per member per month payment methodology it had been using under the waiver for services provided through the CountyCare provider network. The experience with this payment methodology is intended to help inform the state’s preparations to establish capitation rates as it transitions its overall Medicaid population in Cook County to managed care. Beginning as of February 2014 and phasing in over time, Medicaid beneficiaries in Cook County and other counties throughout Illinois will be asked to choose a managed care plan or coordinated care network. Those who do not make an active choice will be auto-assigned into a plan. CountyCare is intended to be available as a plan option as enrollees are transitioned to managed care plans.

CCHHS also is developing several low-cost private insurance plans that will be offered through the new Health Insurance Marketplace. The goal of these plans is to support continuity of care for individuals who move between Medicaid and Marketplace coverage. These private plans will build upon the structure of the current CountyCare network and will be available for purchase during the 2014-2015 open enrollment period.

Overall, Illinois was able to get a significant early jump start on its Medicaid expansion through the CountyCare waiver. Individuals successfully enrolled in coverage by applying both in-person with application assisters and through the call center and were connected to medical homes to help coordinate their care. Looking ahead, the state is seeking to build upon some of the successful CountyCare outreach and enrollment initiatives as it implements the broader ACA Medicaid expansion.

This issue brief is part of a Kaiser Commission on Medicaid and the Uninsured series of profiles on Medicaid and CHIP Outreach and Enrollment Strategies. The author extends her appreciation to Kathy Chan with the Cook County Health and Hospitals System for providing the data and information used in this report.