Many Medicare Beneficiaries Face High Out-of-Pocket Costs for Dental and Hearing Care, Whether in Traditional Medicare or Medicare Advantage

Many Medicare beneficiaries face high annual out-of-pocket costs for dental and hearing care — services that generally aren’t covered in traditional Medicare, but typically are covered by Medicare Advantage plans though the scope and value of these benefits vary, finds a new KFF analysis. 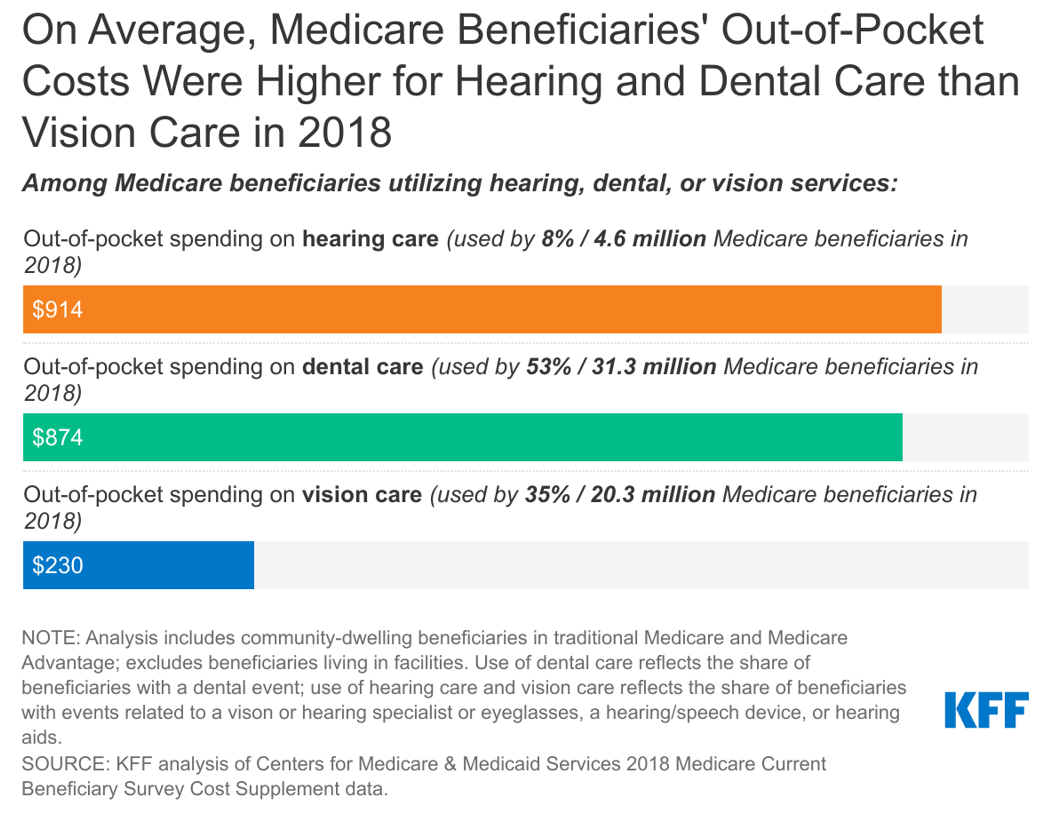 The analysis also finds that people on Medicare in communities of color, with disabilities, or with low incomes are disproportionately likely to have difficulty getting these services. About 16 percent of all Medicare beneficiaries reported in 2019 that there was a time in the last year that they could not get dental, hearing, or vision care, but this was reported by a greater percentage of beneficiaries under age 65 with long-term disabilities (35%); those enrolled in both Medicare and Medicaid (35%); with low incomes (e.g., 31% for those with income under $10,000); and Black and Hispanic beneficiaries (25% and 22%, respectively).

The new analysis also provides an overview of coverage of dental, hearing, and vision services in Medicare Advantage plans. While most plans offer coverage for these services, the extent of coverage varies and has limits.

The findings come as policymakers in Congress are considering adding dental, hearing, and vision benefits to Medicare as part of the budget reconciliation bill, one of several competing spending priorities in the debate. It would be the largest expansion of Medicare benefits since the Part D drug benefit was launched in 2006. (A similar 2019 proposal would have increased Medicare spending by more than $300 billion over 10 years according to the Congressional Budget Office.)

For the full analysis and other KFF data and analyses about Medicare, including the recent Medicare and Dental Coverage: A Closer Look, visit kff.org